How Bands And Movies Became Bedfellows

A group of individualistic, creative, egotistically inclined people in a tripped-out cocktail of emotion, psychedelia and smit make for a heady mix 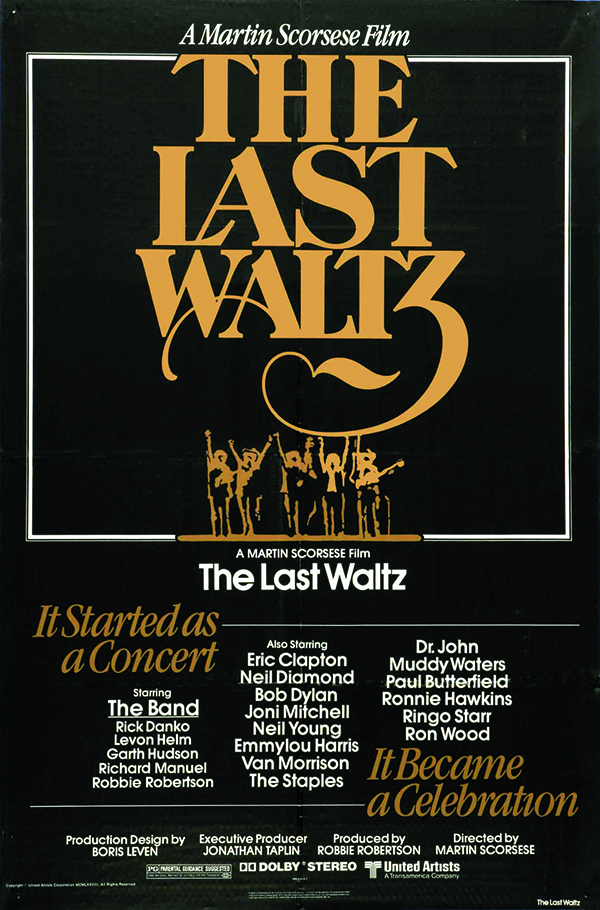 Sex, drugs and rock ’n’ roll—that orgiastic triad of use and abuse— have been celebrated as bedfellows since the 1960s, when the Age of Aquarius heralded an era of free love, hemp-carrying longhairs, artisanal bongs, charred bras and loud guitars. That the feedback-fuelled rebellion was accompanied by lip-smacking tales of hedonism and hallucination made the lore so much more deliciously engaging. The allure of the rock ’n’ roll band was irresistible. It was merely a matter of time that the movie industry saw the consummation of band and film.  Documentaries were the first form, capturing real-life action and drama. Woodstock, about the epical three-day, 300,000-strong music festival-cum-bacchanalian protest, projected messianic images of musicians as deliverers from convention. The Last Waltz, Martin Scorsese’s doc about the legend-studded final concert of a band called The Band, showed the human side of musicians—as friends, collaborators, artistes and craftsmen.

Feature films were the inevitable follow-up. The idea of a band instantly throws up the prospect of drama. At its heart, you’ve got a group of individualistic, creatively driven, egotistically inclined interpreters of a highly subjective art form. Dress them up in outré garb and body art, toss in a potpourri of intoxicants and add a few groupies, and you’ve got a tripped-out cocktail of emotion, psychedelia and smut—what’s not to hook you?

Singers and guitar players as sex symbols, draped in groupies while touring the world in private jets bearing band logos, is all well and good for magazine spreads and biopics. Not everyone’s The Rolling Stones. The reality for most bands is quite the opposite. 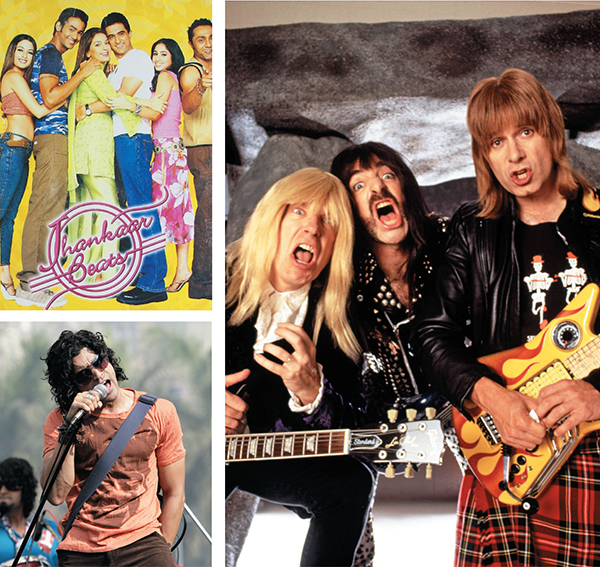 Beat that: While Jhankaar Beats was about buddies wanting to win a music competition, Rock On!! made Farhan Akhtar (below) a real-life rockstar; no film played out the parody of struggle better than This Is Spinal Tap (extreme right)

No film played out the parody of struggle better than This Is Spinal Tap. Christopher Guest’s mockumentary follows a fictional heavy metal band from Britain on tour in the US in a final bid to regain its past glory. The snafus, high jinks and screw ups that ensue are belly achingly hilarious because the sheer inanity and impossibility ring so true. While Guest plays the band’s single-digit-IQ’ed frontman to pitch perfection, the bass guitarist, played by Harry Shearer (he of a myriad voices on The Simpsons), should have been in the running for an Oscar, if only the Academy acknowledged that to make people laugh is harder than making them cry.

There’s no sex or drugs either for The Commitments, the Irish soul and R&B cover band that features in the movie of the same name. But there’s plenty of struggle, pipe dreams, conflict, fun and, most importantly, a whole lot of fabulous music. The movie version of the Wilson Pickett hit ‘Mustang Sally’ still fills the air at bars across the planet.

And there’s nothing serious about a band so serious about its music that it takes a radio station hostage only so that it can get some airplay. Airheads stars 20-years-younger versions of Brendan Fraser, Steve Buscemi and Adam Sandler who take vacuousness to new heights.

Band stories take on a wholly different tenor in India. Funny is interpreted as slapstick, and drama must necessarily be oh-so-serious. One of the earliest of India’s modern independent films, Jhankaar Beats, courageously broke out of  Bollywood’s star-driven and, thus, budget-busting structure. But the opportunity to create an interesting film unencumbered by a number-driven system was squandered in favour of trite dialogue, banal performances and a hackneyed plot—buddies, one from an ad agency, try to win a music competition. India’s thirst for competitive playoffs seems unquenchable. Maybe that’s why the continuing river of reality TV shows.

The country’s most famous band movie, Rock On!!, was hardly more successful at climbing out of the pit of pedestrian plotlines and vapid characterisation. While budgets were well spent in the re-enactment of big-gig excitement, and some amount of detail afforded to the nuances of stage performance, the movie that had apparently cracked the code on male bonding was as far away from realistic band relationships as Celine Dion is to Bruce Dickinson. But cheesy story and clichéd characters aside, the real squandering was in the music. It’s one thing if a film is centred around the dimwittedness of its characters, as in Airheads. But to inadvertently portray a group of musicians who truly care about their craft as juvenile collegians (‘Meri Laundry Ka Ek Bill’; ‘Sinbad the Sailor’… really?) is a crying shame. Turning up the guitars couldn’t distract from the sheer clunkiness of an out-of-synch bunch of lads. But it also never stopped Farhan Akhtar from becoming a real-life rock star. Life imitates art these days, perhaps.

Tweets by @forbesindia
2014: When India's Rich Got Richer
There's Much More in Hong Kong Than Chinese Cuisine