The Evolution of Risk-Taking Marwari Businessmen

Two centuries of migrations later, the Marwari community has shown an instinctive ability to adapt and evolve—with pay-offs that are, often, the stuff of legends 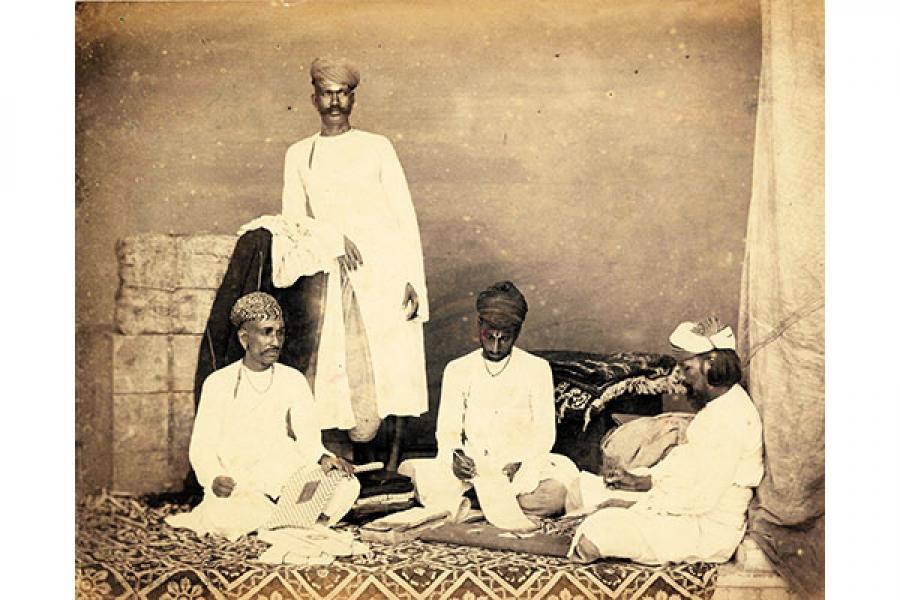 Image: Getty Images
“The Marwari joint family system, after all, is imperative to the community’s success”

It is popularly believed to be coded in their genes—that is the extent to which risk-taking has become synonymous with Marwari businessmen. So much so that the epithet has now become a bromide—a platitude. Take, for instance, a conversation I had with four entrepreneurs from the community in Kolkata, during which we discussed the evolution of the Indian entrepreneur. They spoke about modern business vocabulary, using words such as ‘professionalisation’ and ‘globalisation’. But at the inevitable mention of risk-taking, one of them said, “There is an incorrect perception of this word. Everything in life is a risk—including my daily commute! Every businessman, not just us, has to take risks.”

Now while that may be true, there is no escaping the fact that Marwaris are known for their ability to take risks that usually pay off. This is, in part, because of their nonchalant attitude towards risk. “Business means risk. And risk is both interesting and rewarding,” say RS Agarwal and RS Goenka, joint chairmen of Kolkata-based Emami group of companies. “It offers many challenges that one can overtake through innovation and smart business intellect.” Marwaris are also raised to believe that risk is an integral aspect of setting out on their own and furthering family fortunes.

The Marwari joint family system, after all, is imperative to the community’s business success. While the harsh climate of Rajasthan and its lack of opportunities forced enterprising young men to journey to greener pastures, it was the security afforded by their fathers, brothers and uncles back home that became their backbone. “The fear of failure was not so much as it would be if a person was to function on a stand-alone basis,” points out Kamal Morarka, head of Gannon Dunkerley Group and former member of the Rajya Sabha.

The earliest records I found of a Marwari migrating from the Shekhawati region to a business hub in another part of the country was from the mid 18th century. These migrations continued for the next two centuries.

While the joint family created the right infrastructure for taking risks, the community’s ability to adapt to new environments had much to do with the support system in places they migrated to. Young men often worked under and learned from other relatives who had established themselves in Kolkata, Delhi, parts of Assam and Haryana before striking out on their own. The community’s famous basa system set up by established businessmen (like Nathuram Saraf, considered one of the first Marwaris to migrate to Kolkata, and who worked as a broker with Kinsell and Ghosh) helped new migrants live for free or minimal charges in accommodation that resembled hostels until they could sustain themselves. There are records, for example, of Shiv Narain Birla (grandfather of industrial giant GD Birla) living in a basa when he first came to Mumbai in the late 19th century. While all this provided the right climate for enterprise, it was the stigma of working for someone else that acted as the catalyst.

The social structure in those times dictated that the owner and employee relationship was parallel to that of a master and servant. “That’s why we were taught to eat less, spend less but be the master of our own company,” says Ravi Poddar, chairman, Ravi Auto Group, Kolkata. And what helped Marwaris in establishing their own company was their enviable understanding of money. Known for devising the hundi system (cashless transactions) and the parta system (large red ledgers to keep accounts), Marwaris began as money lenders and bankers before moving to speculative trade and manufacturing. “A Marwari comes to the brass tacks easily. He knows how to turn Re 1 into Rs 1.50,” says Morarka.

More than just pure mathematics, they had an uncanny understanding of debit and credit and, perhaps, that is why there are so many Marwari chartered accountants. Combined with their apparent commitment to their word, especially when it came to borrowing money for business, Marwaris became a byword for the industrial renaissance in the early 19th century, setting up textile, sugar and jute mills, steel plants and tea estates. Consider that there was a time that lending money to pagdiwalas (those who wore pagdis or turbans, like most Shekhawati Marwaris did) was considered a no-risk investment in cities like Kolkata.

Their ability to capitalise on risk was also linked to their willingness to adapt to new cities, cultures and laws while keeping their own heritage close to their hearts. Most Marwaris rose to fame trading with the East India Company and understanding the process of industrial licences to set up manufacturing units. Their austere lifestyle, too, contributed to their risk appetite; GD Birla’s famous letter to grandson Aditya Vikram who was then studying at MIT clearly states, “...and above all, don’t be extravagant.” Saving conscientiously and investing wisely, the karta (head of the joint family who took all business decisions) would direct his brothers, sons and nephews to set up different businesses under the family name and distribute profits equitably.

In the recent past, with ‘professional management’ going from a mere catchphrase to a necessity for large corporations, Marwari family-owned businesses have required re-organisation. In the late 20th century, Marwaris—known to have traditional business practices—had to make a choice: Evolve or face extinction. “In an age where industry thrives on R&D, technology, knowledge, brand building, customer service and relationships, the Marwari, who thrived by astute leveraging of capital and managing costs well, finds himself at crossroads,” says Harsh Goenka, chairman of RPG Enterprises.

However, if their strengths lay only in their family networks, traditional systems of accounts and financial controls, their daily watch over company finances and their penchant for hiring relatives and other community members rather than outsiders, they should have been wiped out in the pro-globalisation 21st century. Many did fail but, today, Marwaris have learnt to separate ownership and management, understood the value of advertising and become globally competitive. Take, for instance, Emami hiring actor Bipasha Basu as their brand ambassador or Linc Pens using the latest Japanese technology.

Evolving like their European counterparts, but at a much slower pace, Marwari family businesses have also realised the importance of succession planning. Some well-known companies have split into smaller groups while others have introduced innovation, R&D and a corporate structure to their organisation. “To a very large extent, Marwari businesses have adapted to the changing times. They have become quite professional, and family members are also highly educated,” says Hemant Kanoria, chairman and managing director of Srei Infrastructure Finance Ltd.

Marwari families such as the Birlas, Bajajs, Goenkas, Neotias and Singhanias are integral to Indian industry, having grown with foresight and ingenuity. But it is still to be seen if the new generation can compare. Armed with global education, a love of good things and a quest to prove themselves, perhaps they will surprise us. After all, their spirit of enterprise is the community’s biggest legacy.

The author is deputy editor of Marwar India

Tweets by @forbesindia
Jagriti Yatra: A Journey into Middle India
Remembering The Bard of Avon