Remembering The Bard of Avon

As the world celebrates his 450th birth anniversary, here are some lesser-known facts about the Bard 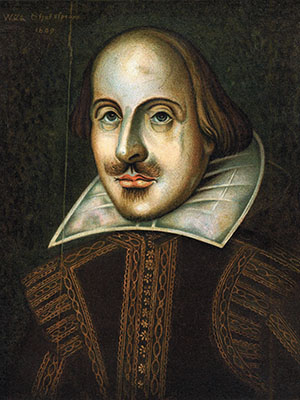 1. The earliest written records on William Shakespeare go back to April 26, 1564, when the playwright was baptised at a church in Stratford-upon-Avon. Based on custom and guesswork, historians assume that he was born three days ago, on April 23. Shakespeare died on the same day as well, in 1616, as he turned 52.

2. Despite his credentials as one of the finest influencers of the English language, Shakespeare had a remarkably humble family background. His parents, though upwardly mobile, were most probably unlettered, as were his wife and three kids (including a son who died at 11).

3. Shakespeare acted in many of his plays as well as those of other playwrights. It is believed that he played the ghost in Hamlet and Adam in As You Like It.

4. Chances are that we all spell Shakespeare’s last name wrong. A handful of original documents from his time shows the Bard spelling his name as Shakespe, Shakspe, Shakespere and Shakespear.

5. Two of his plays, Hamlet and Much Ado About Nothing, have been translated in Klingon, the language constructed for the extraterrestrial humanoid species featured in Star Trek.

6. One of Shakespeare’s plays have been lost to history. He is known to have co-authored The History of Cardenio with his collaborator John Fletcher but no known copy of the play has been found.

7.  The Globe Theatre in London, set up by Shakespeare’s theatre company, The Lord Chamberlain’s Men (later King’s Men), was burnt to the ground in 1613 during a performance of Henry VIII, when a misfired cannon set its thatched roof on fire.

8. Shakespeare wrote his own epitaph over his tomb in which he forbade robbers from plundering his grave (“And cursed be he that moves my bones”). The pen turned out to be mightier than the sword as his remains survived an era of rampant grave-digging in England.

Tweets by @forbes_india
The Evolution of Risk-Taking Marwari Businessmen
I Don't Distinguish Between Traditional and Modern Practices: Rahul Bajaj