Policies in India are high on intent but low on implementation. Ashwajit Singh’s advisory firm set out to correct that 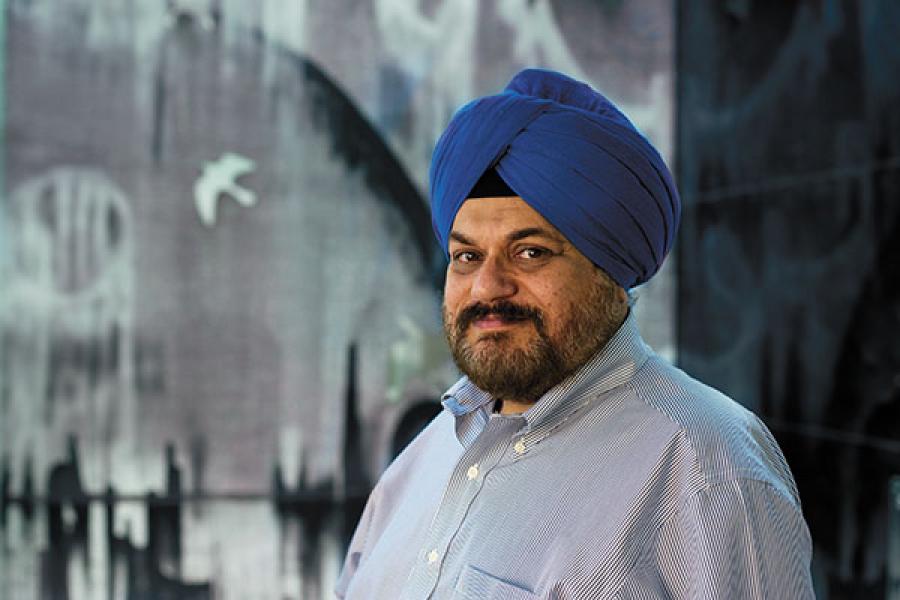 Ashwajit Singh
Age: 51
Designation: Managing director of IPE Global
Inflection Point: The stint at LSE where I received international exposure to other developed and
developing economies combined with an era of financial and government reforms,  which included decentralisation, governance and social sector reforms in India in the 1990s

Fifteen years ago, I was sitting with some alumni of LSE (London School of Economics) and we were discussing areas that need expertise in the time to come. And one such area where we felt there was a huge gap in terms of governance and policy framework is the development sector.

There are many international consultants, like the McKinseys and Bains of the world, who work with the government at the top end to frame policies. At the other end of the spectrum are numerous NGOs which work at the grassroots level, but few of them have managerial expertise. As a result, there is often a total disconnect between policy and implementation. So we wanted to provide end-to-end expertise and consultancy: Right from formulating policies to actually handholding and implementing them.

OPPORTUNITIES AND RISKS
With the 73rd and 74th Constitutional Amendments [enforced] in 1993, whereby the government decided to devolve powers down the line to state and local governments, there was a huge demand for such advisory services. We registered ourselves in December 1998 and in the first two or three years, we were just watching the space. Even the government took time to look at devolving and implementing Centrally Sponsored Schemes (CSS) in a proper manner.

We really got active around early 2000. We started out with just five people but as assignments came in, we started expanding; today we are 500-plus people, along with part-time consultants, working full time in 25 countries.

But it is a very satisfying job. It is the easiest thing to criticise the government on policy and the lack of implementation, but very few people get a chance to get involved with the government and make things happen. And this satisfaction is the common factor driving the whole team.

A related point but equally important: In most cases there is no capacity [in terms of training given to officials who are in charge of implementation] to implement these policies. On one hand, you have a freeze on recruitments and [on the other] the existing lot is neither well-trained nor very motivated.

So it is very difficult to get these people to implement policies. I think this needs serious consideration and thought.

Again, we do need to strengthen the institutions because often the success of policies is dependent on the political and bureaucratic will which varies. Within the same government you may have different bureaucrats—one very progressive and the other not too keen.

Another major shift I have seen in the last 15 years is from process-based to result-based policy work. Earlier the focus was more on how things should be done. Now because there is more accountability, especially [due to] the monitoring done by civil society or media, people focus more on impact and final results rather than the process.

FUNDS NOT UTILISED
We are seeing in the last few years that there is no shortage of funds in the government and [there are] enough donors. That is why we are no longer heavily dependent on international aid. But unfortunately the absorption capacity still remains a challenge.

Look at some of our Central schemes such as the Jawaharlal Nehru National Urban Renewal Mission (JNNURM), the National Rural Health Mission (NRHM), and the Mahatma Gandhi National Rural Employment Guarantee Act (MGNREGA). In terms of intent, they are all good but in terms of utilisation of funds, they lag far behind. For a local government which used to have a capital of Rs 10-15 crore a year, budgets could go up by 20-25 times with some of these schemes. So, both capacity-building and continuous monitoring and evaluation are needed. This requires stability of tenure.

When I go to a government office I look at the list of previous occupants. If an officer is there for only six or eight months, what can he possibly do? In some states like West Bengal, there is an average tenure of 4-5 years, but there are other states where transfers happen within months. Remember these occupants are not sector experts; they are generalists, and by the time they understand the problem, they are shunted out.