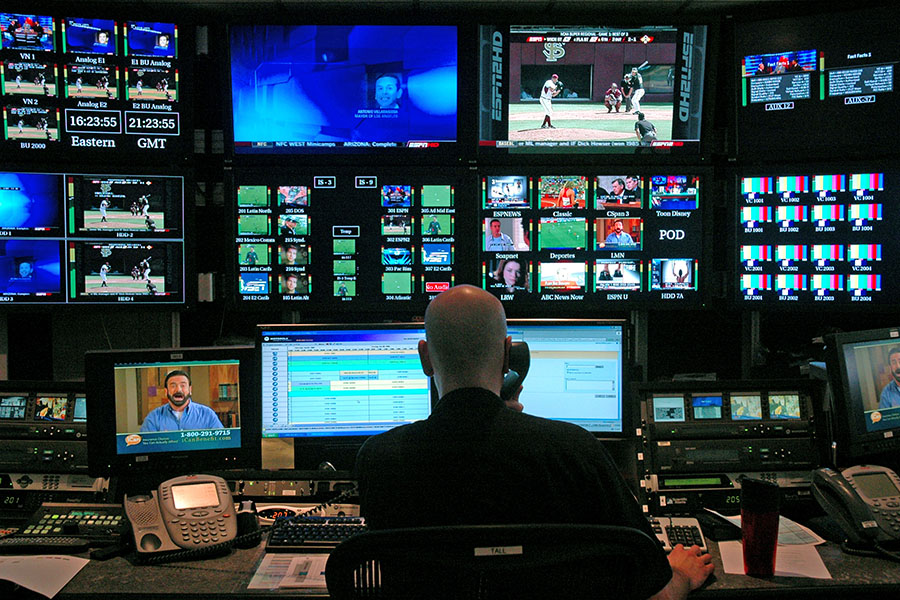 A control room at the ESPN headquarters in Bristol, Conn. on June 6, 2008. Disney is being pressured to spin off ESPN, the sports-focused division that has been its traditional profit engine. (George Ruhe/The New York Times)

Third Point, an activist investment firm, has bought a new stake in entertainment giant Disney and is pushing for the company to make a number of changes, including spinning off ESPN, quickly taking full control of streaming service Hulu and installing new board members, according to a letter sent to Disney, a copy of which was obtained by The New York Times.

Third Point, which is run by billionaire investor Daniel S. Loeb, had recently ended a different campaign at Disney. The firm disclosed a stake in Disney in 2020, worth more than $900 million at its height, and pushed for Disney to invest more in streaming. It sold all of its shares in the company in the first quarter of this year, according to regulatory filings. Third Point did not disclose the size of its current stake in Disney, but a person with knowledge of the investment who was not authorized to speak publicly described it as close to $1 billion.

The latest campaign by Third Point presents a new challenge for Bob Chapek, Disney’s chief executive. The company’s board last month renewed his contract until July 2025.

Disney’s bet on steaming, the focus of Third Point’s previous campaign, has been paying off: Disney+ added 14.4 million subscribers in the most recent quarter, far more than Wall Street had expected.

“This quarter’s results are an important proof point that Disney’s complex transformation is succeeding and our confidence in Disney’s current trajectory is such that we have, in recent weeks, repurchased a significant stake in the Company,” Loeb wrote in the letter.

Still, Disney’s stock is down about 20% since the start of the year, underperforming the S&P 500, amid broader industry hand-wringing over the profitability of direct-to-consumer streaming. Netflix’s shares have dropped 58% since January.

Chief among Loeb’s requests, which he acknowledged may already be in the works, is buying out Comcast’s remaining stake in Hulu. In 2019, Disney said that it would acquire Comcast’s one-third stake in Hulu for at least $5.8 billion in the coming years, with the final price to be determined by independent arbiters.

Since then, Comcast’s NBCUniversal unit has taken steps to move high-profile TV programming away from Hulu in an attempt to bolster its own streaming service, Peacock. Analysts have estimated that buying Comcast’s stake in Hulu would cost at least $9 billion.