Ethereum blockchain set for 'monumental' overhaul to reduce energy use 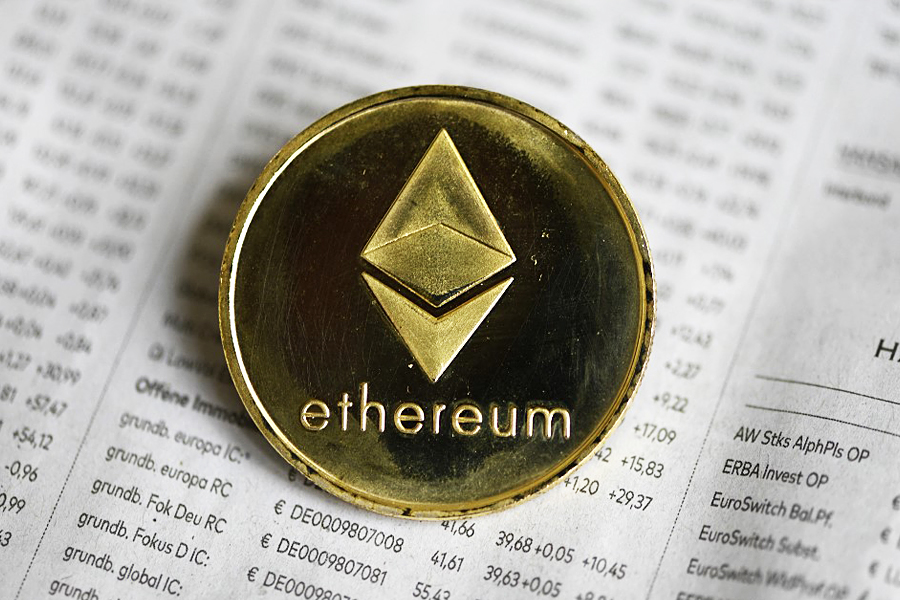 Paris, France: An army of computer programmers scattered across the globe is set to attempt one of the biggest software upgrades the crypto sector has ever seen this week to reduce its environmentally unfriendly energy consumption.
Developers have spent years working on a more energy-efficient version of the ethereum blockchain, a digital ledger that underpins a multibillion dollar ecosystem of cryptocurrencies, digital tokens (NFTs), games and apps.

Ethereum — the second most important blockchain after bitcoin — burns through more power each year than New Zealand.
Experts say the changeover, expected to take place between Tuesday and Thursday, would slash energy consumption by more than 99 percent.
Enthusiasts hope a greener ethereum will spur wider adoption, particularly as a way of enabling banks to automate transactions and other processes.
But so far the technology has been used largely to create speculative financial products.
The ING bank said in a recent note that the switchover might help ethereum gain acceptability among policymakers and regulators.
"This in turn may provide a boost to traditional financial institutions' willingness to develop ethereum-based services," the bank said.

The switchover, dubbed "the merge", will change the way transactions are logged.
At the moment, so-called crypto miners use energy-guzzling rigs of computers to solve puzzles that reward them with new coins — a system known as "proof of work".
The new system will get rid of those miners and their computer stacks overnight.
Instead, "validators" will have to put up 32 ether (worth $55,000) — ethereum's cryptocurrency — to participate in the new "proof of stake" system where they earn rewards for their work.
But the merge process will be risky.
Blockchain company Consensys called it a "monumental technological milestone" and the biggest update to ethereum since it was launched in 2015.
Critics have questioned whether such an upgrade will pass off without incident, given the sector's history of instability.
Ethereum went offline in May for three hours when a new NFT project sparked a surge in buyers that overwhelmed the network.
Several exchanges and crypto companies said they would halt transactions during the merge process.

The upgrade also faces a possible rebellion from crypto mining companies whose business will be severely damaged.
They can try to hijack the process or create a "fork", basically a smaller blockchain that would continue with the old mechanism.
And even if the "merge" is successful, ethereum will still face major hurdles before it can be more widely adopted.
For example, it is expensive to use and the update will not reduce fees.
And the wider crypto sector is beset by wildly fluctuating prices, security flaws and an array of scams.
Crypto lawyer Charles Kerrigan from the firm CMS told AFP that ethereum was "decentralised and complicated" and had not yet been tested enough for governments and banks to get onboard. "There have been questions about how easily it could deal with upgrades of the type that traditional software vendors provide to customers," he said.
"A successful merge will answer those questions."

Tweets by @forbesindia
Musk's latest reason to drop Twitter deal—whistleblower payment
3 Ps of profitability: How to bring Indian startup unicorns into the black