After coming under intense pressure to reduce its carbon footprint, the aviation industry has pledged to drastically cut its emissions of greenhouse gases, but the route to meeting those commitments is likely to prove long 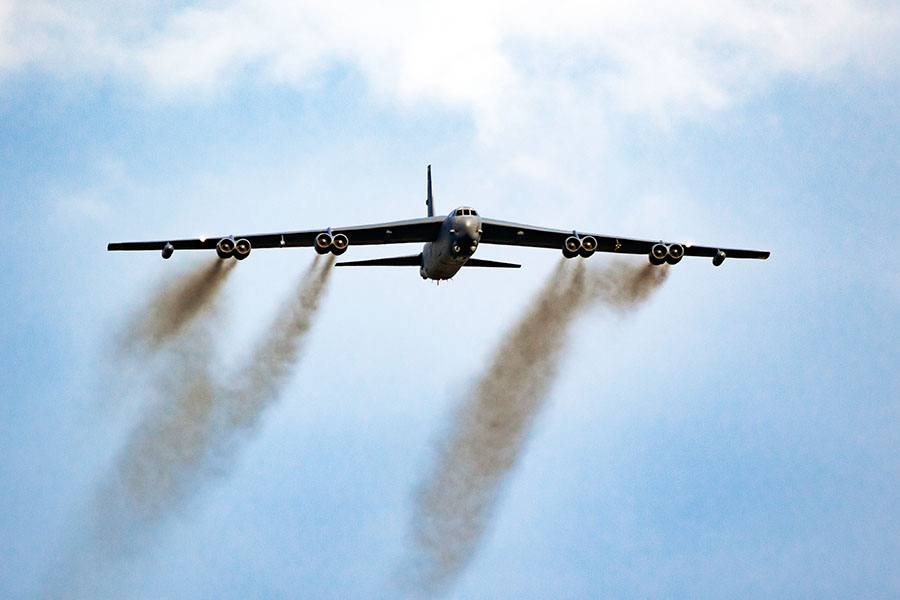 After coming under intense pressure to reduce its carbon footprint, the aviation industry has pledged to drastically cut its emissions of greenhouse gases Image: Shutterstock

After coming under intense pressure to reduce its carbon footprint, the aviation industry has pledged to drastically cut its emissions of greenhouse gases, but the route to meeting those commitments is likely to prove long.

What has the industry pledged to do?

Even if the Covid-19 pandemic shut down much of the industry, the number of air passengers is expected to double to 10 billion by 2050.

Currently, aviation accounts for between two and three percent of global emissions of carbon dioxide, the main greenhouse gas, according to the UN's International Civil Aviation Organization.

Thus, without further action, emissions are set to climb.

The International Air Transport Association, which unites most airlines, and the aerospace industry have pledged to reach net-zero CO2 emissions by 2050.

In fact, 42 countries—including EU members, as well as Britain and the United States—have called on all governments to officially fix that objective at the next ICAO meeting in September.

Nevertheless, no pledges have been made regarding aircraft vapour trails.

These have yet to be studied extensively, but a European Union Aviation Safety Agency study indicated they may have as much an impact on the environment as CO2.

How to get there?

The sector hopes technological improvements such as more efficient engines, new materials and better air traffic management will do much of the necessary leg work.

Engine manufacturer CFM, a joint venture between GE and Safran, hopes to have a new generation of engines available by 2035 that will be over 20 percent more efficient than those currently in use.

According to European aerospace industry, such improvements could help attain about half the needed reduction in CO2 emissions.

The rest is expected to come from carbon capture and storage programmes and emissions trading.

But most of these improvements will take time to implement and numerous non-governmental organisations argue immediate action is needed and are clamouring for limitations or reductions in the number of flights.

What role for sustainable fuels?

The industry is looking to sustainable aviation fuels (SAF) to play a major role in decarbonising aviation.

SAFs are to be made from sustainable biomass, recycled food oils, as well as captured CO2 or green hydrogen converted into synthetic fuels.

They would have the advantage of being able to be used by existing aircraft with little or no modification and may result in reductions of CO2 emissions by as much as 80 percent over their entire cycle of use.

Airbus and Boeing have pledged that their planes will be able to fly with 100 percent SAF by 2030, but these fuels currently account for less than 0.1 percent of jet fuel consumed and are two to four times more expensive.

To boost their production, the EU plans to require the use of a certain percentage of SAF in jet fuel while the United States favours tax credits.

What about hydrogen and electric ?

Electric propulsion is currently being pursued for small planes and flying urban taxis, but the weight of batteries makes them impractical for commercial airliners.

It is also being explored as a hybrid option, with batteries providing extra power for takeoff, allowing the use of more efficient smaller engines.

Hydrogen is also being looked at to power fuel cells for electric motors, an option that results in no emissions from the aircraft.

Here, the problem is not weight, but volume. It is nearly four times more voluminous than jet fuel, also rendering it impractical for medium- and long-haul passenger jets.

Nevertheless, Airbus is working on what will likely be a short-range regional plane capable of carrying under 100 passengers that it hopes it will have flying by 2035.

Tweets by @forbesindia
Photo of the day: Keep calm and carry on
How Nomura is building its India business