Nigeria sought a $1.7 billion refund from JPMorgan. A London judge said no

The decision is a setback in the Nigerian government's efforts to recover money that it claims former officials, including former President Goodluck Jonathan, who was voted out in 2015, improperly moved out of government coffers 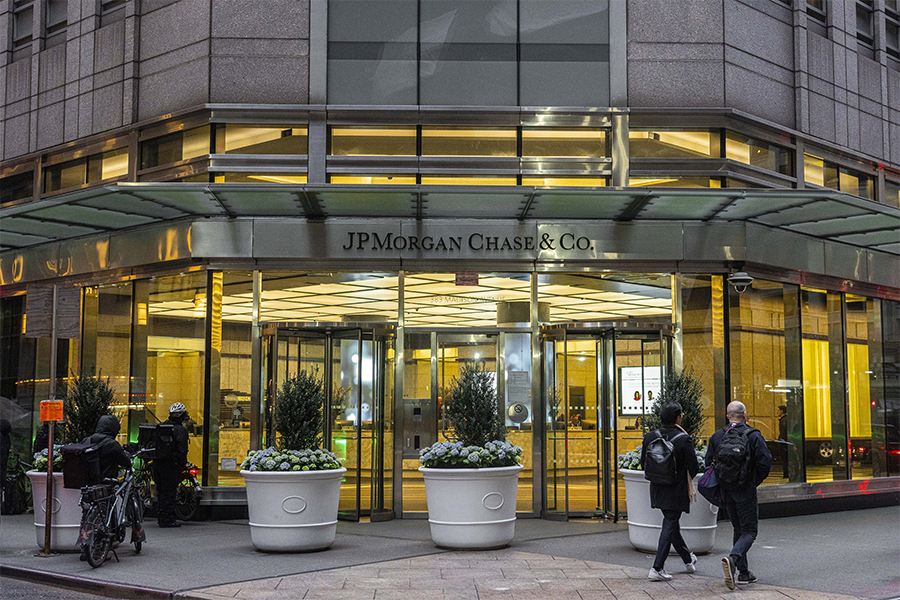 JPMorgan Chase headquarters in New York, March 23, 2022. An effort by the Nigerian government to force JPMorgan Chase to restore funds that it claimed former officials had looted from a government bank account failed on Tuesday, June 14, when a judge in London ruled in favor of the bank. (Hiroko Masuike/The New York Times)

An effort by the Nigerian government to force JPMorgan Chase to restore funds that it claimed former officials had looted from a government bank account failed on Tuesday when a judge in London ruled in favor of the bank.

Sara Cockerill, the judge overseeing the case in London’s High Court, said she could not conclude that the Nigerian officials who had ordered the money transfers, which were made to companies linked to a former Nigerian oil minister in connection with an offshore drilling license, had committed fraud. She added that, although JPMorgan had flagged the transactions to regulators as potentially related to criminal activity, it had not breached its duty under British law to protect its customer by completing them.

The decision is a setback in the Nigerian government’s efforts to recover money that it claims former officials, including former President Goodluck Jonathan, who was voted out in 2015, improperly moved out of government coffers. Nigeria alleged that a JPMorgan subsidiary had enabled former officials to extract nearly $900 million between 2011 and 2013 from a government bank account in London. It was seeking an award of $1.7 billion, which would have accounted for lost interest on the original sum.

“While the past history of public sector corruption was well known, there was at that time a perception that this was improving, following the election of President Jonathan,” the judge wrote, adding that JPMorgan’s customer during the relevant period “was a sovereign state now operating under a democratically elected government.”

Nigeria argued that JPMorgan had not done enough to safeguard the country’s money. Under British law, a bank is required to act in its customers’ best interests, even if someone connected to a customer tries to get that bank to do otherwise. Even as it tried to send money to various banks, a few of which rejected the funds and cited the suspicious nature of the deal governing their transfer, JPMorgan reported to British regulators its concerns that it might be transferring funds to a convicted money launderer. It made the transfers anyway.

JPMorgan had said it was following instructions it received from senior Nigerian government officials, including the country’s attorney general, who wrote a letter attesting to the legitimacy of the instructions.

“This judgment reflects our commitment to acting with high professional standards in every country we operate in, and how we are prepared to robustly defend our actions and reputation when they are called into question,” Patrick Burton, a JPMorgan spokesperson, said in an email to The New York Times on Tuesday.

A Nigerian government spokesperson said officials were disappointed in the ruling and would review it carefully before deciding on any next steps.

Tweets by @forbesindia
Why fantasy sports is gambling, not a sport, says Sunieta Ojha
The Young AI champions