A municipal official in Japan mistakenly wired the town of Abu's entire COVID-19 relief budget, nearly $360,000, to a single recipient on the list of low-income households eligible to receive the money. After promising to return the accidental payment, the man told police that he had lost the money in online casinos

By Hisako Ueno and Mike Ives 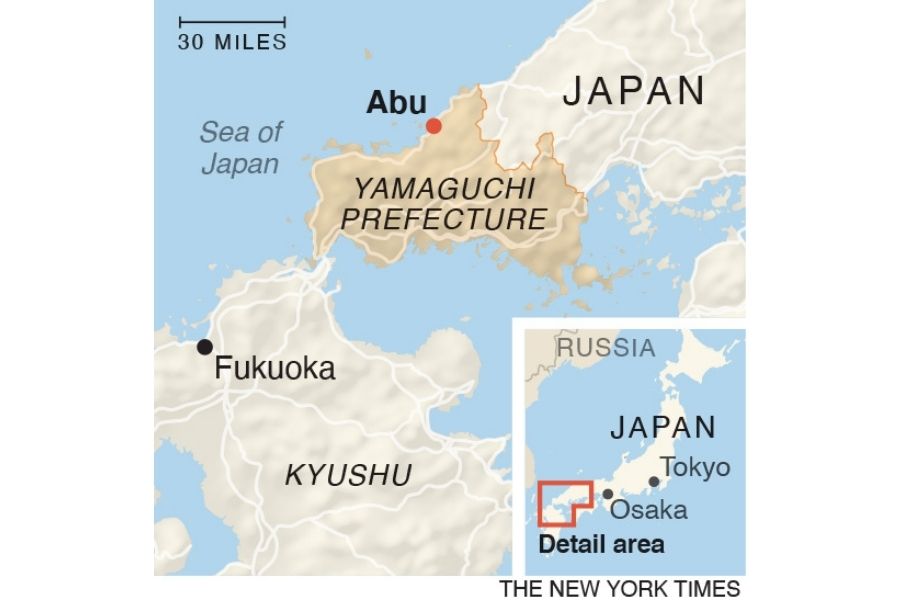 A municipal official in a rural Japanese town mistakenly wired the entire COVID relief budget, nearly $360,000, to a single recipient, who then gambled it away.

TOKYO — Residents of a rural Japanese town were each looking forward to receiving a $775 payment last month as part of a coronavirus pandemic stimulus program.
But a municipal official mistakenly wired the town of Abu’s entire COVID-19 relief budget, nearly $360,000, to a single recipient on the list of low-income households eligible to receive the money. After promising to return the accidental payment, police said, the man gambled it away.
The man, Sho Taguchi, 24, told police that he had lost the money in online casinos, a police official in Yamaguchi prefecture said by phone Thursday. The day before, authorities arrested Taguchi, the official said. The charge: fraud.
Japan is not the only country where coronavirus relief money has been misappropriated. The fraud has been so widespread in the United States that the Justice Department recently appointed a prosecutor to go after it. People have been accused of buying a Pokémon card, a Lamborghini and other luxuries.
But Abu, population 2,952, may be the only town on Earth where an entire COVID-19 stimulus fund has vanished at the hands of an online gambler who received it through administrative error. The details of the case, and the rare attention from Japan’s national news media, have come as a shock to residents of the seaside town.
“I was surprised to hear the news and also amazed at how he spent the money,” said Yuriko Suekawa, 72, who has lived in Abu since she was born. “It’s truly unbelievable.”
The tale began April 8, when an official in Abu mistakenly asked a local bank to wire Taguchi 46.3 million yen, or about $358,000, said Atsushi Nohara, a town official. Taguchi’s name had been at the top of the list of 463 households that were each eligible for 100,000 yen as part of a national stimulus package.
After Abu officials realized the mistake, they immediately visited Taguchi and asked for the money back, the town’s mayor, Norihiko Hanada, said in an address on the town’s YouTube channel.
Taguchi agreed to travel with the officials to his bank in a government car, but he refused to enter the building and later said that he planned to consult a lawyer, according to public broadcaster NHK. Taguchi met with Abu’s deputy mayor April 14, NHK reported, and his lawyer told the town the next day that his client would return the money.
“But he ultimately did not do so,” Hanada said on YouTube. He said Taguchi eventually told town officials that he had spent the 46.3 million yen, would not run away and planned to “atone for the sin.”
Hanada has apologized to residents on behalf of the town for losing “such a precious and a large amount of public funds.”
“The arrest will help us to get closer to knowing the truth,” he said Thursday. “His testimony will give us a steppingstone to retrieving the money.”
Masaki Kamei, a prosecutor in the city of Osaka, said that Abu officials were to blame for allowing Taguchi to drain the town’s COVID-19 relief fund.
“The town’s approach was not strict enough, and it allowed the case to develop to this point,” Kamei said. “Maybe their approach was based on a view of human nature as fundamentally good.”
Abu is about 100 miles north of the nearest major city, Fukuoka, in an area of Yamaguchi prefecture where agriculture, fishing and forestry drive the economy. Taguchi moved there about a year and a half ago as part of a program in which the local government offers subsidies to outsiders who move in and rent unoccupied homes, said Nohara, the town official.
After the error, town officials sent COVID-19 relief payments to the local households, Nohara said, adding that the money had come from another municipal source. He did not elaborate.
Suekawa, the Abu resident, said the episode was a misfortune for a town that had successfully weathered the pandemic and hoped to attract visitors to its newly built seaside campground.
“I hope this negative image of the town will ease and that it will once again become a sunny and quiet place,” she said. “Anyone makes a mistake, so I don’t blame this man for that, but I would like him to admit his crime and give us our money back.”
In any event, Nohara said, Abu sued Taguchi last week for about 51 million yen (about $399,000), including legal fees.

Tweets by @forbesindia
An Indian state banned alcohol. The drinking moved to nearby Nepal
Our top reads of the week