Why fantasy sports is gambling, not a sport, says Sunieta Ojha

It is modern-day betting on smartphones, in full public view. There is an urgent need for a comprehensive framework to regulate the gaming industry, the advocate-on-record, Supreme Court of India, writes 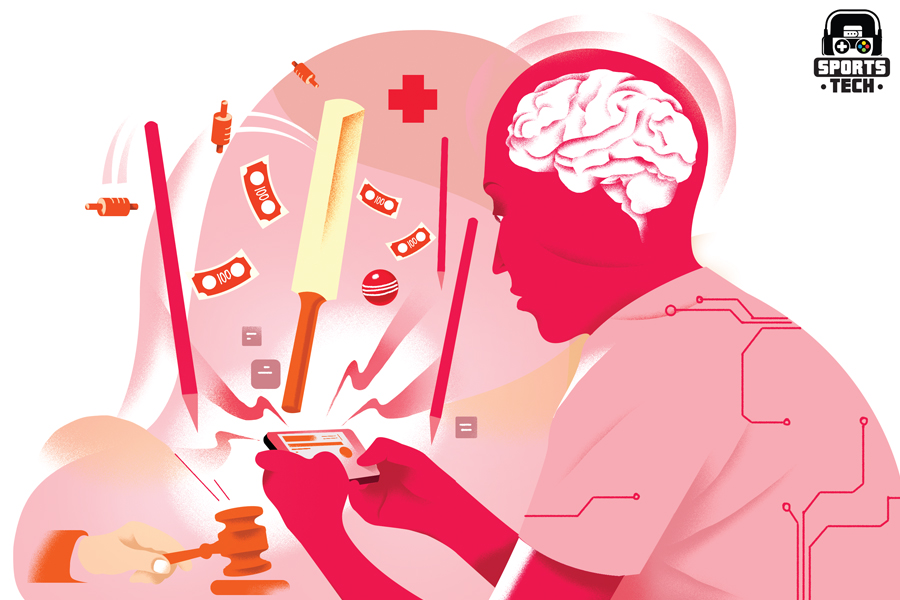 ‘Fantasy game platforms’ are nothing but sports betting (which is illegal in a non-virtual world) or sports gambling in the world of virtual reality Illustration: Sameer Pawar 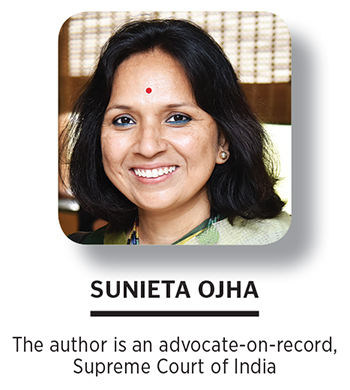 There are no ‘sports’ in ‘fantasy sports’. It is ludicrous to argue that the gamers playing fantasy sports are actually players or managers in sports events. The ‘fantasy games’ are, in fact, trying to cash in on the popularity of sporting events by engaging gamers in a world of curated reality and by providing easy access for wagering or betting on their selected teams. The companies, therefore, running these fantasy sports platforms are, in reality, facilitating internet-based gambling in sports which is the biggest threat for sports integrity in present times and the times to come.

This is a world of modern-day betting or gambling which is happening not in some dingy backroom or shady café, but on your sleek smartphones, in full public view, sitting in your drawing rooms with family or friends. The apps for playing these games are nothing but ‘satta houses’ in a new avatar aided by information technology and social media. They are luring people to come on to their apps with big prize money, collecting money from gamers, distributing the prize money using payment gateways. The gamers or the so-called ‘managers’ create their own team by using certain combinations and wage money to earn quick big bucks. In fact, the apps allow gamers to have multiple teams to even out their losses or in other words increase their ‘chance’ of winning big money. The ‘skill’, so to say, vests with app developers, owners of these platforms, who make money in the name of ‘platform fee’.

Simply put, ‘fantasy game platforms’ are nothing but sports betting (which is illegal in a non-virtual world) or sports gambling in the world of virtual reality. The medium has changed, but the purpose and intent remain the same, which is to exploit people with the promise of quick bucks by putting money on an outcome of some uncertain event. As a matter of fact, technology has made sports betting more accessible given the smartphones, internet, low-cost data and payment gateways. One can play and win/lose with a click of a button. Online fantasy sport thus has become a billion-dollar industry today.

Sports betting or sports gambling has always been considered as bringing perversity to the real sports spirit. The element of big money involved in an unregulated ecosystem also brings with it criminals and consequent sports scandals. To argue, therefore, that ‘fantasy sports’ are not impacting the real-world sporting events is self-defeating. The impact on the mental health of ‘gamers of fantasy sports’ is an area that should be of serious concern. The adverse impact of video games, in general, and fantasy games, in particular, is clearly visible on children/young adults.

Also read: Why fantasy gaming is not gambling, by Amrit Mathur

In India, gambling and betting is a subject matter of legislation under entry 34 and 62 of State List in the Seventh Schedule of the Constitution. This means every state is allowed to have its laws concerning gambling, betting, and taxation. Resultantly, states are grappling with a myriad of challenges with respect to jurisdiction, applicability or even scope under various statutes. Therefore, new legal thinking is required to regulate this otherwise-barely regulated industry driven by profit motive (or greed) with fast-increasing penetration in public.

Furthermore, the law on gambling/betting developed around the concept of preponderance of “skill” vs “chance” is pre-dated in as much as the judgments in the ‘State of Bombay versus RMD Chamarbaugwala’ (AIR 1957 SC 699) or Dr KR Lakhshmanan versus State of Tamil Nadu & Anr (1996 AIR 1153) were passed at a time when there was no internet gaming. The issue of ‘online gaming’ was not before the court in these judgments. It is a well-known legal principle that a judgment is to be understood in the fact of that case. 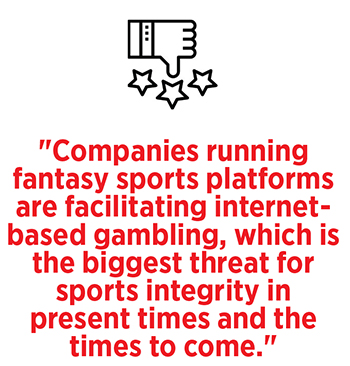 In 2012, a district court in Delhi, while opining on the aspect of legality of online gaming, observed in para 23: “This opinion on playing games of skill for money being legal is however applicable only to these real games being played in the physical form. Online games cannot be compared with real games. Technology has an ever-increasing influence on all types of commerce and entertainment business is no exception. It is common knowledge that one can gamble online and ‘games of skill’ is also a very popular way to put your money where your mouse is. Along with the usual single player, a growing number of sites are now letting users compete for a wager in multiplayer games and tournaments. As enjoyable as a free game of online chess or pool can be, having a little money riding on the outcome can certainly make it more thrilling.”

This significant difference, however, has not been subjected to further judicial scrutiny in later judgments, unfortunately. Curiously, even the judgment of the Rajasthan High Court in WP (c) No 20779/2019 titled as ‘Ravinder Singh Chaudhary versus Union of India & Ors’ which decided the issue of Fantasy Sport in favour of Dream 11, notes in concluding para that the said public interest litigation was filed “without proper research”. Needless to say that an authoritative decision by the Supreme Court on the issue of online gaming is the need of the hour.

The application of ‘skill versus chance’ test needs to take a leap forward with time to address the specific challenges posed by the virtual reality world. Merely because some ‘skill’ is required in performing a task should not make it legal. Should the ‘skill’ element applied by the gamer, therefore, be allowed to bring the ‘fantasy game’ in the preview of ‘trade’ or ‘businesses’ as protected under Article- 19 (1) (g) when evidently these games are played on an ‘app’ developed by the gaming companies and there is no mechanism so far in India to certify the apps for standards which a civilised society desires to be in place.

To conclude, it would be desirable to move towards ‘impact’ and ‘effect’ assessments to be introduced through legislation/interpretation of statutes in evaluating the legal status of ‘fantasy sports’. Furthermore, Article-19 (1) (g) empowers the state to enact a law for the purpose of regulation of trade or business. The state should step in to build a comprehensive framework to regulate the widely expanding territory of gaming industry and set up grievance redressal mechanisms to pre-empt and prevent an impending catastrophe.