Urgent need to look at esports from a different lens: JetSynthesys' Rajan Navani

For a man who is so deeply involved in promoting esports, the 'taint' of gambling hurts, and Navani explains that there needs to be a very clear understanding and bifurcation of what represents online gaming, esports, fantasy gaming and real-money gaming 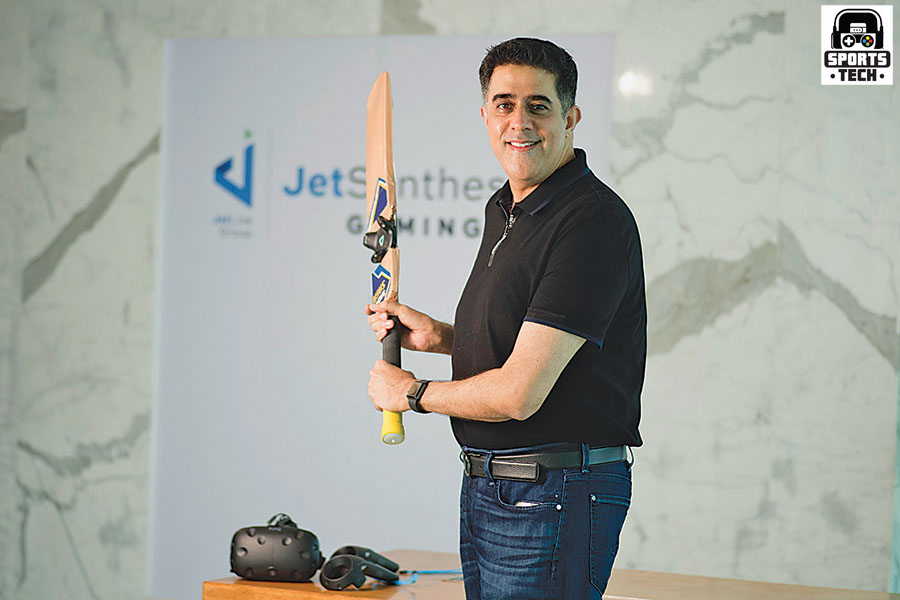 It is terrible news for Rajan Navani. Esports, which was all set to debut as an official medal sport at the 19th Asian Games in Hangzhou, China, in September, will have to wait for a while as the Games have been postponed. But what is even more awful is living with a terrible feeling that borders on disgust. Recently, an empowered group of ministers (GoM) recommended a 28 percent GST on casinos, horse racing and online gaming. In one stroke, esports—which technically falls under online gaming—gets the taint of gambling and betting as its gets clubbed with casinos and horse racing. “It really is a terrible, terrible feeling,” laments Navani, founder of JetSynthesys, a digital entertainment and technology company that has esports and gaming as a big part of its business. “It [clubbing esports with the rest] doesn’t do justice to the emotion of sports and the spirit of the sports,” he rues.

Started in 2014, JetSynthesys has aggressively expanded its esports and gaming verticals, built a library of over 300 digital games and pioneered celebrity gaming by stitching tie-ups with biggies such as cricketing legend Sachin Tendulkar, actor Salman Khan and boxing champ Floyd Mayweather. Navani has a 50 percent stake in Nodwin Gaming, one of the top esports companies in India, which has seen its revenue jump from ₹135 crore in FY21 to ₹211 crore in FY22. “The potential of esports is immense,” reckons Navani, who bought game development studio Nautilus Mobile—maker of Real Cricket—in September 2020. With over 2.5 million viewers, Real Cricket claims to be India’s largest indigenous esports game.

The Nautilus Mobile deal also put JetSynthesys on the global map. It made the company the biggest simulated cricket gaming franchise in the world, with over 100 million downloads and more than 10 million monthly users. Earlier this year, Krafton—makers of the PUBG—invested $5.4 million in Nautilus Mobile, making this Krafton’s maiden investment in an Indian digital gaming studio. JetSynthesys also owns South Asia’s biggest esports tournament organiser Skyesports.

For a man who is so deeply involved in promoting esports, the ‘taint’ of gambling hurts. What he also finds perplexing is the tendency to put all online mobile games under one bucket. Navani explains that there needs to be a very clear understanding and bifurcation of what represents online gaming, esports, fantasy gaming and real-money gaming. Video games market, he claims, is a well-established, legit industry, which is estimated to be over $190 billion. “The video gaming industry today is larger than the music and film industries,” he contends, adding that esports and video gaming are drastically different products from other forms of gaming. “The definition of esport and gaming is a little cluttered in India,” Navani says, emphasising that it’s a real sport requiring high level of skill and expertise that comes with rigorous practice and training. “You play it for the game and not for money,” he says. Money, he adds, is the reward that comes with medal, trophy and prize.

Ask him if he ever got tempted to flirt with fantasy sports, which, among all kinds of online gaming, has skyrocketed the most, and Navani says, “Never.” The biggest reason was clarity on what his company stands for. “We never wanted a pay-to-win model,” he says. Obscurity on the regulatory front was also an issue. “I don’t want to get into what is right and what is wrong,” he says, adding that if some of the states have banned some form of gaming, then it’s better to stay away. ‘We have a very high level of governance.”

Changing perception, or correcting perception, about esports continues to be his biggest challenge. As the founder and president of Indian Digital Gaming Society—a non-profit association of the gaming industry—Navani has recently proposed changing the name to Indian Digital Gaming and eSports Society. “We just passed a resolution in our last executive committee,” he says. The new name, according to him, will help drive home the point that esports is differentiated. “We are trying to bring the right set of stakeholders together to be able to explain the difference,” he adds.

Despite esports lacking in marketing dollars compared to their deep-pocketed fantasy counterparts, Navani reckons that the sports, viewers and gamers will eventually win. “How did kabaddi become big in India?” he asks. Not because of advertising or people making money by betting on kabaddi players, he explains. “It became big because the sport excited people. And then TV, media, stakeholders and brands on-boarded.”

While fantasy sports startups ask people to play the game ‘responsibly’, people like Navani don’t have to make such pleas. For esports, it’s all about sports, passion, hustle and playing the game with a sportsman spirit.

Tweets by @forbesindia
Himachal Pradesh Vs Uttarakhand: A tale of development for two Himalayan states
Old tricks, new crises: How misinformation spreads in the US