Why fantasy gaming is not gambling, by Amrit Mathur

Digital sports engagement platforms are based on legitimate sporting events, and participation of users is possible only in real time, the Federation of Indian Fantasy Sports writes 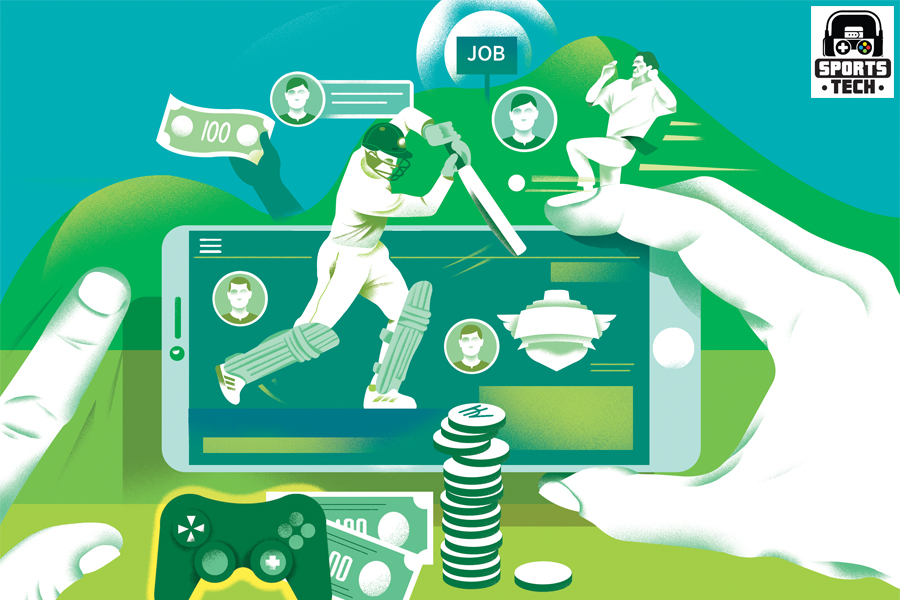 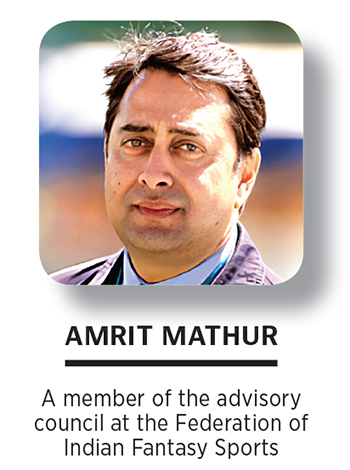 There are over 13 crore users playing on more than 200 platforms—a phrase one would have often heard while reading articles or indulging in conversations centred around fantasy sports. However, whether fantasy sports qualify as games of ‘skill’ or ‘chance’ is a question of ambiguity influencing the legal status of fantasy sports platforms as part of the larger spectrum of online gaming. To clear the air, one may confidently establish that fantasy sports platforms are also recognised by the Supreme Court, having reaffirmed the decisions of three different High Courts that nullified laws banning fantasy sports under the pretext of gambling or betting. Article 19 (1)(g) offers protection to fantasy sports as a legitimised business activity.

India has made significant inroads ascertaining fantasy sports to become the largest fantasy sports market in the world, surpassing the US’s 50-plus-year-old fantasy sports market. Fantasy sports companies have begun to make a mark, for instance, by sponsoring the Indian Premier League (IPL), the Indian Olympic team in 2020, and the Commonwealth Games in 2022. Therefore, if all stakeholders come to a consensus and make a determined effort, this sunrise sector promises to emerge as an exemplary model on the world stage as an ‘Atmanirbhar’ initiative in Digital India, quite literally. It is an opportunity for India to stand out on a world platform and display its soft power.

It is important to distinguish fantasy sports from online gambling. Technically, fantasy sports are digital sports engagement platforms based on legitimate and approved sports events streaming live in compliance with their respective sporting bodies. Participation by users is possible only in real time simultaneously with an ongoing sports event, as opposed to online gambling that is accessible ad hoc and has a totally different framework where one plays and ‘bets’ on the basis of ‘luck by chance’. In fantasy sports, winning is a summation of the participant’s intelligence, analytical abilities as per ground reality and awareness of the sport, and not mere trial and error that could lead to either victory or doom.

Over the years, fantasy sports platforms have increased in popularity among Indians by bringing global sports to people’s fingertips via digital smartphone penetration and low data rates. While cricket served as the backbone for the establishment of fantasy sports, it also exposed the untapped potential of other underserved sports such as volleyball, football, kabaddi and hockey, thereby diversifying to build new audiences for India’s sports ecosystem.

The expertise involved in this segment doesn’t end with playing fans, but extends to an entire gamut of qualified professionals working behind the scenes to build these platforms programmed and protected by layers of security. Fantasy sports arouse users’ interest in a sport and its players, enhancing sports engagement and amplifying the reach and appreciation of the sport countrywide. The digital nature of fantasy sports platforms bolsters the growth of multisport ecosystems, which could create tremendous value in a country with a population of 130 crore, encouraging a sports culture across social strata. It is, in fact, propelling development in future-ready skills in fields such as digital, AI/ML (artificial intelligence/machine learning), cloud, and analytics, triggering a ripple effect on the growth of ancillary sectors. Further, the fantasy sports industry is a shining example of the burgeoning Indian startup ecosystem. It is a beacon of hope to sports lovers across nation states. It has been attracting investments (including foreign direct investment), heightening economic growth. As a result, the sector is inspiring more entrepreneurs to consider fantasy sports as a scalable business proposition.

Juxtaposed against this is the evolving nature of the sports fan in India. Today, the fan has evolved into being far more engaged and from a consumer of sporting content has become an active participant via fantasy sports platforms. The Indian sports fan now has her skin in the game and hence is engaged with and a part of the sport much beyond watching matches. The vigour sports enthusiasts hold to participate in online fantasy sports with a winning spirit has also pushed them to sharpen their knowledge on different sports, to be able to participate on a wider scale. This has led to deeper active engagement which, according to studies, has led to 60 percent of fantasy sports users viewing more sports than before. This is also why leagues and events are finding fantasy sports platforms as the right partners to grow their engagement with fans.

With this evolving ecosystem and fan base, this sector continues to grow vigorously. According to a PwC report, it is estimated to contribute revenue of ₹13,500 crore to the exchequer in three successive financial years. Further, the industry has attracted over ₹10,000 crore in FDI so far and is estimated to attract ₹15,000 crore in the next three years, adding significant value to the economy. 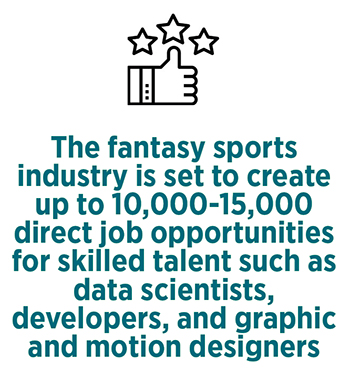 Beyond its contributions to the economy, the fantasy sports sector has also created a myriad of job opportunities for certain skilled sectors in India, ranging from software engineers and data scientists, to developers and cyber security professionals. It also welcomes the services of creative talent such as graphic and motion designers, and creative content writers. The industry is set to create up to 10,000-15,000 direct job opportunities for such skilled workers. It clearly serves as an effective tool for cognitive development and nurturing young, enthusiastic professionals.

Despite several hurdles that the fantasy sports sector has overcome, it continues to be under legal scrutiny in many states, where it is misinterpreted and associated with activities such as gambling, betting, and labelled as a harbinger of addiction. The Madras High Court has dismissed this claim given no data or research backing the claims. Many fail to comprehend that since fantasy sports are based on games in real time, they cannot be played in the absence of live sporting events. Given the industry’s tremendous growth so far as well as what it is set to attain, it is imperative to identify fantasy sports as a distinct and independent category. Garnering steady policy support would not only bolster this sunshine segment of the Indian startup sector, but also expand the sports ecosystem as a whole. The government appointing a new task force for the AVGC (animation, visual effects, gaming and comics) sector in the latest Budget paves the way for further upskilling and career opportunities for the youth.

To conclude, the need of the hour is a combination of accurate regulatory policies, rational GST valuation, to help the fantasy sports industry flourish and thrive to serve the growing socioeconomic ecosystem of service providers, fans and sports at large.