It was one of the last players to enter the fantasy arena, but Fantasy Akhada has been successful in wooing masses beyond India's metro cities 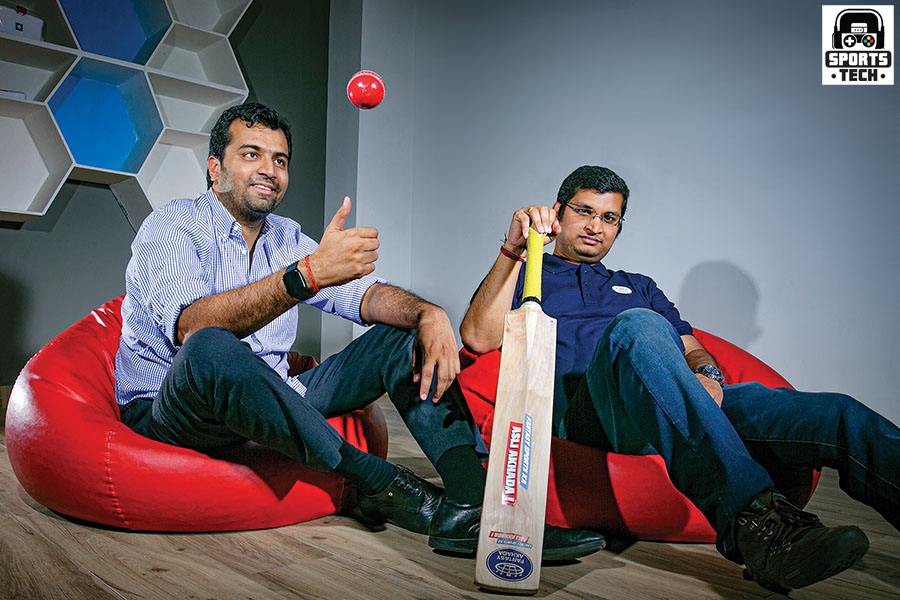 What leads to a deeper engagement in any kind of activity? Well, it can be a cause, vision or a mission. But if you want to know what drives higher engagement of fans in any sports, Sumit Kumar Jha has an unconventional answer: Money. He explains by taking you back to your school, college or good-old office days before the pandemic. “Do you remember how friends or colleagues used to indulge in all kinds of bets?” he asks. “It was not gambling,” underlines the co-founder of Fantasy Akhada, a two-and-a-half-year-old fantasy sports startup that caught the attention of millions when it roped in cricket commentator Harsha Bhogle as its brand ambassador in September 2020.

Jha continues to explain his logic. Just because you bet on anything, he stresses, it whets the curiosity among people to find out the result. Ditto in fantasy sports. “Involvement of money ensures there is active engagement,” he reckons, adding that the participants are forced to closely follow and watch every minute of the match. Jha co-founded the fantasy sports startup along with Amit Purohit, Sahil Ahuja, Pratik Gosar, Amit Bhardwaj and Ankit Upreti in January 2020. “We wanted to increase the engagement among users, and fantasy sports happened to be the lowest hanging fruit,” he says. Roping in Bhogle, he lets on, was the best way to engage users. “He is the epitome of sports engagement and was aligned with our vision,” says Jha, adding that the commentator has close to three percent stake in the company.

But why the name Akhada? When rivals were either using aspirational names for fantasy sports such as ‘dream’ or direct names such as Games24 or MPL, what was the trigger to have a Hindi brand name? The answer again is engagement, and, of course, Jha wanted to stand out in a cluttered market. Being one of the last players to enter the fantasy sports arena helped. Before rolling out the app, Jha and his team did extensive research for months and found that consumers in Tier II, III and beyond were feeling left out because most of the fantasy sports startups were catering to the English-speaking audience.

Jha identified gaps in the existing market of fantasy sports. The absence of vernacular appeal was one big hole. The second missing piece was casual games. Most of the fantasy sports platforms had only paid games. Jha saw an opportunity and added casual, free-to-play games as well to woo a large chunk of the population that was not willing to pay and play. “We wanted to engage them,” he says. The idea, he lets on, also was to gradually nudge such gamers to fantasy sports and handhold them with tips and techniques. The third gap was the absence of a consumer grievance cell or a contact centre. The trigger to roll out such a feature—24x7 customer care and helpline—was a high volume of consumer feedback during the survey. “There were transaction failures which spoilt consumer experience,” he says.

Also read: MPL: Forging a league of its own

The efforts seem to be paying off. Fantasy Akhada claims to have a user base of over 2.5 million. The startup has raised $3 million, has grown by over 40 percent during the first phase of the Indian Premier League (IPL), and also added football and kabaddi on its platform. “We have managed to build a brand in a cluttered market,” says Jha.

Investors are satisfied with the pace of growth. “The operational metrics have outperformed even the best-case scenarios of the management team,” reckons Nischay Saraf, senior vice president (early-stage financing) at Prime Securities. The speed of the growth, he underlines, has accelerated the estimates by 18 months. Given the understanding of the user lifecycle and user experience that the team at Fantasy Akhada has, they will be able to carve out a clear niche for themselves in this rapidly developing ecosystem, adds Saraf.

Meanwhile, for Fantasy Akhada, the going might not be easy. According to a Federation of Indian Fantasy Sports and Deloitte report released in February, there are an estimated 200 fantasy sports operators in India. What this means is not all would survive, and over the next few months, many would die or get acquired by the bigger players. Jha, for his part, is aware of the challenge, but is not bothered. “We are just focusing on building our platform and we have customer love,” he says.

Another challenge is the perception that fantasy sports has some connotation with gambling. “Should sports betting be legalised in India?” we ask Jha, who evades a direct reply. “That is a call that the government and the policymakers need to take. I don’t have any opinion on it,” he says, asking a counter question to those who believe that fantasy is a game of chance. “What would you call investing in stock markets? Luck, chance or skill?” he asks. The sports fans, he underlines, must use their skills and play the game in a responsible manner.