Public spotlight of shame on companies sticking with Russia 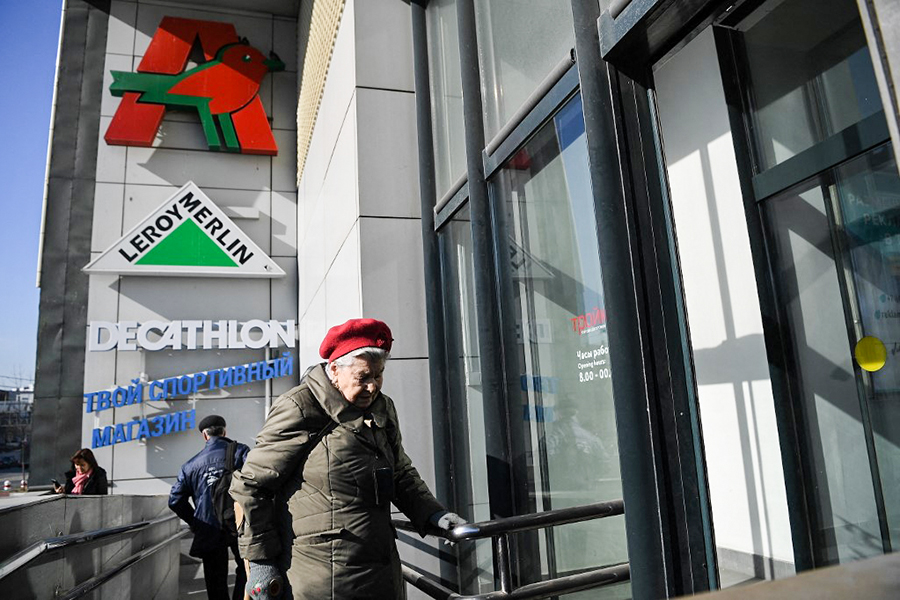 New York, United States: American professor Jeffrey Sonnenfeld is putting public pressure on Western companies that maintain operations in Russia despite its war against neighboring Ukraine. The Yale University expert on management and leadership has them on a list publicly posted for consumers and investors around the world to see, the idea being that the shame will make the businesses change course and leave Russia.

Sonnenfeld believes that the tougher daily life is for Russian citizens, the more motivated they will be to turn against President Vladimir Putin.

In an interview he tells AFP he has spoken out because there is "no middle ground" possible with Moscow regarding its invasion.

Why did you start the list?
Sonnenfeld: "There were about a dozen companies that moved to cut ties with Russia after it invaded the Ukraine. They were not the companies that usually move first on social or human rights issues. Among them were oil companies, professional services firms and law offices, and tech giants.

"But, there were also a flood of pretenders -- companies that had clever public relations putting out smokescreens of misleading messaging. So, I put together a little team that has no particular ideology or involvement with these companies and can objectively assess them.

"It was originally just a list showing those which did something and those who did nothing, but we realized that was not enough. Now, there are five categories, from a complete withdrawal to people who are digging in."

Why did some companies leave?
"For the very first movers, some might argue that there was some element of self-interest because they may have been for instance intertwined with the oligarchs and wanted to jump ahead of any reputation risk.

"Some companies that have been quite controversial over the past four or five years, like oil companies over climate change or tech companies over privacy, wanted to use this opportunity to show that they're capable of doing the right thing.

"There's another piece to it: their employees were revolting. Gen Z is really holding to the principles that where they shop as customers, where they invest as shareholders, and where they choose to work is critical. Inside major consulting firms, there was anger about being servants to evil."

Is it a valid argument to stay for sake of employees or citizens in Russia?
"It's disgusting that any of these companies (that stay in Russia) try for some humanitarian or paternalistic employer arguments. It's just because of their own greed. They should be called out and shamed for it."

Companies staying "undermines the whole purpose of the economic sanctions and these voluntary business blockades. Which is not to bring comfort to the Russian population and allow them to continue to be complacent. It is to make them uncomfortable; it is to increase the sense of stress in Russian society, so that they question their leadership.

"There are some people who sympathetically say 'the Russian general population has filtered information.' Well, every Russian knows that too.... They should be questioning the truth of what they're being told, and if they don't, they are willingly ignorant.

"When ceasefires are openly violated by the Russians or when you have children's hospitals being bombed, there's no middle ground here.

"We hear every day from companies that are furious (about being on the list). They'll send us examples of threats that they're getting from international hacker groups like Anonymous. Well, that's not our problem. This is a choice they've made. And if there's backlash from the community, they should change their position."
by Juliette MICHEL