HDFC chairman Deepak Parekh has mentored a whole generation of Indian managers and entrepreneurs. He is like an elder statesman whose wise counsel is valued by peers and the government alike 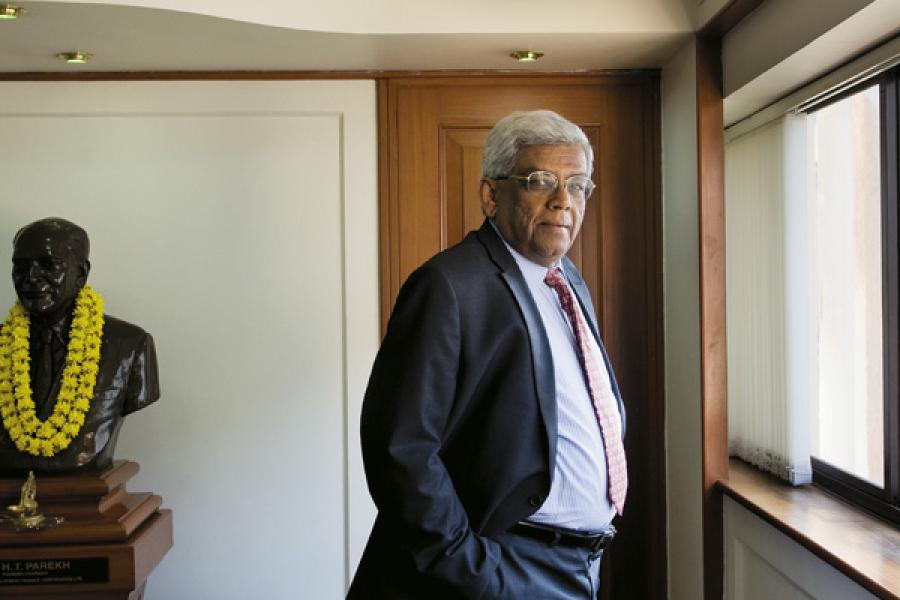 In 2007, the Prime Minister called a meeting to discuss the Percy Mistry Committee’s recommendations on making Mumbai an international finance centre. Deepak Parekh, the head honcho of housing finance company HDFC, was the only non-government official present.

When the PM asked him for his comments, Parekh had only one suggestion: The government should set up a panel that would be a single window for every project for Mumbai; left to the state government, things would not move.

The advice went unheeded, the Mistry Committee report is gathering dust and Mumbai remains a crumbling metropolis with overburdened infrastructure.

Parekh has a reputation of speaking his mind. “He is a CEO’s dream board member,” says Neeraj Bhargava, former CEO of WNS, who now heads private equity firm Zodius. “[He] listens a lot, is very pragmatic and does what is right. Parekh is honest and has no hidden agenda.”

Trustworthiness has taken 65-year-old Parekh from being one of the most successful mangers to a corporate leader whose counsel is valued by his peers and the government alike.

The Indian financial services industry would have lost Parekh to some multinational bank if it was not for his uncle, the legendary H.T. Parekh, who founded HDFC in 1977 and convinced him to join. Parekh, who had qualified as a chartered accountant from England, had, by then, worked at Ernst & Young, Precision Fastners, ANZ Grindlays and Chase Manhattan Bank, Mumbai.

He turned a fledgling HDFC into a financial services conglomerate with assets of $28 billion and a one-third share of India’s mortgage finance market. The company, which started with a capital base of Rs. 10 crore, has financed 3.5 million housing units in the country.

Parekh’s reputation as a problem solver with a flair for leadership grew and the government often asked him for advice. When the Bharatiya Janata Party-led National Democratic Alliance was in power, then finance minister Jaswant Singh felt that infrastructure financier IDFC was not financing enough projects.  Singh asked IDFC managing director Nasser Munjee, who was mentored by Parekh, to get on with the job but Munjee perceived it as interference.

A person familiar with the incident says that an incensed Singh summoned Vinod Rai, then additional secretary in the finance ministry, and asked him to get Munjee’s scalp. Rai remembers that if it was not for Parekh, IDFC’s non-executive chairman, things would have gotten ugly.

Parekh’s persuasive powers were also handy when the government parachuted him into Hyderabad to rescue Satyam Computers after the company’s top brass admitted to fraud. When the government’s swat team, including Parekh, arrived at Satyam, they found the company without enough money to pay its  bills. Parekh convinced a group of banks to lend to the beleaguered firm, saving it from certain ruin.

Parekh gives his best advice to even rookie entrepreneurs. When Satish Magar, CEO of Magarpatta City near Pune, approached him for a Rs. 100-crore loan for the project, Parekh gave him Rs. 2 crore. “He prevailed on us to start small,” says Magar. “That was the best advice we got on the project.”

Parekh has two pilgrimages a year: One to Tirupati and the other to the Wimbledon lawns to watch, over strawberry and cream, the world’s best tennis players in action.

Retirement may help him play more Bridge and listen to his favourite Hindi film music more often, but, given his reputation, there may be new assignments waiting.