Dilip Shanghvi: A Rocky Road to His Target

Dilip Shanghvi is the chairman and managing director of Sun Pharma. He wrested control of Israel-based Taro Pharma after a bitter three-year battle with Taro’s owners 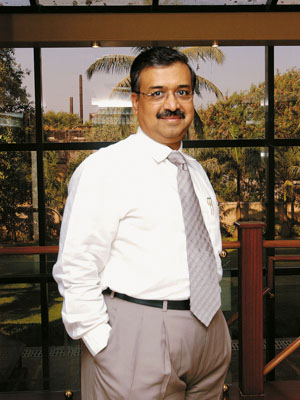 When Indian companies took baby steps in the US market, 13 years ago, Mumbai-based Sun Pharmaceuticals acquired a loss-making company, Caraco. This established Sun’s foot print in the US beyond the baby steps of its peers. Today, its sales in the US post its acquisition of Israel-based Taro Pharmaceuticals; will top $500 million a year. Sun Pharma Chairman and Managing Director Dilip Shanghvi achieved a milestone he had set for himself — to become the largest Indian generic drug company in the US.

However, the road to get here has not been easy. A few months ago, he wrested control of Taro, after a protracted court battle with its earlier Israel-based owners. The fight drew the iconic emerging-market investor, Mark Mobius, who did not approve Sun’s deal with the Levitt family that owned Taro as he felt it was way too cheap. Eventually, Mobius came around. Shanghvi also fought and won both the cases in the US and the Israeli Supreme Court. In an earlier interview, Shanghvi said it is important to choose the battles you want to fight and ones you want to withdraw from. He said, “We knew we were right all the way and wanted to take the case to its logical end.” It is this understanding that has helped Shanghvi all through his career.

In spite of being a commerce graduate, Shanghvi has a high understanding on attendant legal issues and pharmaceutical research. When pharmaceutical firms first started copying patented medicines of big pharma, legal costs alone would weigh local companies down. Shanghvi did not let this stop him. He rolled up his sleeves and understood the business of litigation. This would help him not only expand his generics business but also expand his business foot print.

In the last few years, Shanghvi has led and sharpened Sun’s ability to fight against big pharma companies. Apart from engaging himself in the Taro battle, Shanghvi focussed on preparing the strategy for his Para IV filings in the US against several multinationals. This has helped him today as generic companies thrive on copying and bringing to market drugs whose patents are about to expire in the US market. To incentivise cheaper generic drugs, the US FDA rules allow a special 180-day exclusivity to the firm that makes the first generic copy (called Para IV filings) of the patented drug. This allows the generic company to charge as much as the innovator of the drug and make a huge amount of profit for their efforts.

An analyst with a foreign bank says that Sun has the most number of Para IV filings, eclipsing giant players like Teva. If these products win US approval, Sun will have a host of drugs that it can market exclusively with the patent owner for 180 days. Says the analyst: “It is the hottest generic story to watch out for in the US.” The baby steps taken 13 years ago have paid off and paid well, but a close aide says it is now pertinent to ask — what next for Sun?

Shanghvi has achieved his desire to be the biggest Indian player in the US. Sun is now the most valuable pharmaceutical company in India. It is time to set a new and higher goal post. Perhaps the answer lies in new blood. Shanghvi is said to be grooming his son Aalok, who is now a director in Taro, into a strategic role. The next big step may come through his baby.

Tweets by @forbes_india
Rajinikanth: Who Really Is the Super Star?
3 Legal Moves to Prepare For