Rahul Sharma, co-founder of Micromax, added a local flavour to the country's mobile phone market and became India's largest maker of mobile phones. The firm is now valued at $1 billion and is headed for an IPO 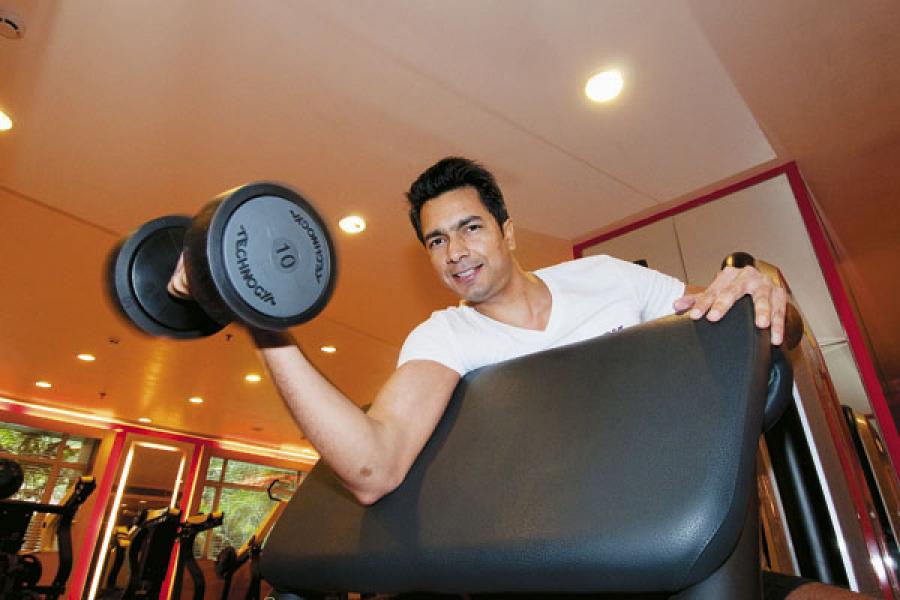 My Mentor: P.L. Sharma (father)
How he has helped me hone my leadership skills: He instilled in me a strong sense of work culture, honesty and sincerity. He always tells me to keep on doing good things without worrying about the results.
His advice that has stayed with me: Treat everyone as a human being, whatever be their social or economic standing. If you say the right things in the right way, even if they are critical, people will be with you.


Micromax exists today because it created the McAloo Tikki burger of mobile phones. Well, sort of.

The potato cutlet burger was a runaway hit with Indians. The reason, says Rahul Sharma, 35, co-founder of Micromax, the largest Indian maker of mobile phones, is because McDonald’s understood the “local flavour”. But when it came to phones, multinationals like Nokia and Samsung were busy flogging products created for a global market.

“It’s almost quite stupid when you think about it now,” says Alok Shende, founder of telecom consulting firm Ascentius. “Nearly 100 million newer mobile subscribers with daily income levels of Rs. 300 - Rs. 500 were entering the market every year. And their primary barrier was the cost of the phone.”

Since the first phone in 2008, Sharma has churned out blockbuster models with uncanny precision. All of them carry two differentiators: An affordable price and a set of features targeted at a particular segment.

It is a strategy that has paid off. Micromax today is valued at over $1 billion, has private equity funds chasing it, and is headed for an IPO.

The other team members are Sharma’s childhood friends: Rajesh Agarwal, Vikas Jain and Sumeet Arora — all equal partners in the firm. Each of them look after specific areas. But “Rahul is kind of like the opening batsman in the Micromax team,” says Naveen Wadhera, director, TA Associates, a private equity firm, the earliest investor in Micromax.

“I’m asked always what will the company’s next hit be, and my answer is ‘Rahul has a roadmap’. He can anticipate what consumers will want in the future on a consistent basis, over and over again,” says Wadhera.

“We launched 40 models this year and want to be the Sachin Tendulkar of the handset market,” says Sharma. Larger companies like Nokia or Samsung cannot replicate this strategy as easily because their manufacturing and supply chains are optimised for economies of scale.

But newer products alone may not be a sustainable differentiator. Micromax also has to focus on distribution and branding, says Shende.

Wadhera says Sharma is best clued into the distribution network, and distributors love his ability to come out with new products, maintain open and direct dialogues with them and make on-time payments.

Sharma says this year the company will spend close to Rs.100 crore on advertising and marketing to position Micromax as an aspirational brand. Unfortunately, it seems to treat advertising like the mobile market and has run through three ad slogans in less than two years.

The future is going to be much tougher too. For one, the entry of 3G services will cause many consumers to opt for faster and costlier 3G phones; an area where Micromax is not strong. Sharma will try to address that by bringing in smartphones based on the Android platform that start at Rs. 7,000. He also plans to launch Internet tablets. Then there’s competition. When Micromax landed on to the Indian mobile phone scene, many were taken by surprise. Now, its competitors have been studying its moves and have replicated it.

But Sharma is not perturbed. In fact, he is using his strength in India to expand in emerging markets like Latin America and Africa. “Many of our competitors were copying what we were doing this year,” he says. “But we are still three times bigger than our nearest rival. Catch us if you can!”

Tweets by @forbesindia
3 Global Indians to Watch For
The Shillong Choir: A Unique Note