Photo Of The Day: Picking up the pieces 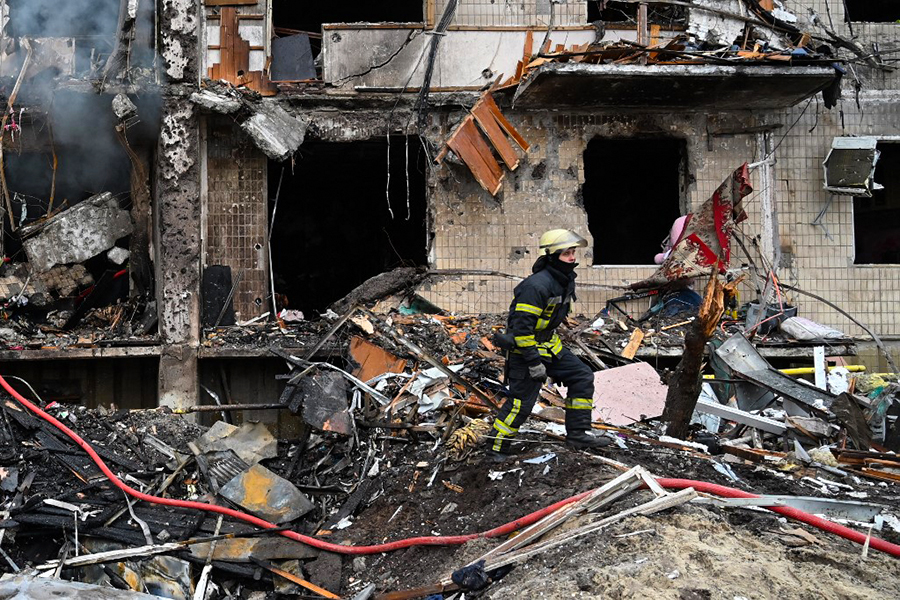 Firefighters work at a damaged residential building at Koshytsa Street, a suburb of the Ukrainian capital Kyiv, where a military shell allegedly hit, on February 25, 2022. - Invading Russian forces pressed deep into Ukraine as deadly battles reached the outskirts of Kyiv, with explosions heard in the capital early Friday that the besieged government described as "horrific rocket strikes". The blasts in Kyiv set off a second day of violence after Russian President Vladimir Putin defied Western warnings to unleash a full-scale ground invasion and air assault that quickly claimed dozens of lives and displaced at least 100,000 people. Image: Genya Savilov / AFP

Tweets by @forbesindia
Meet Newstalgia and Fauxstalgia, the new forms of nostalgia
Digital Currency Vs Cryptocurrency – what's the difference?