Meet Newstalgia and Fauxstalgia, the new forms of nostalgia

In 2022, even nostalgia is undergoing some changes. Post-Covid-19, the feeling has itself mutated, and new variants more adapted to this era are emerging 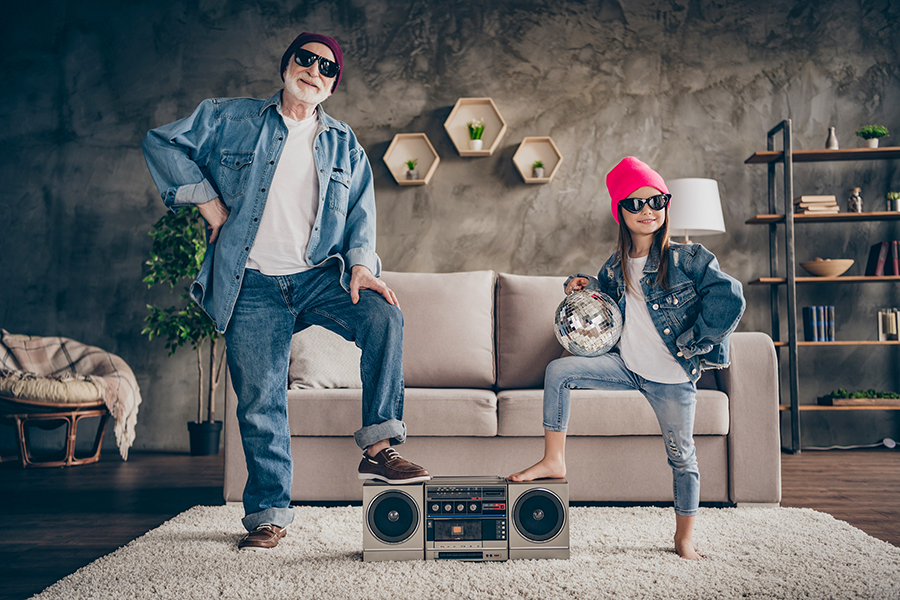 Newstalgia is the new nostalgia. A feeling that includes the desire to experience something familiar, but also something fresh. To make something new out of the old, to offer something totally new by interweaving old trends or formulas that are still relevant, with a modern touch, a contemporary look.
The Urban Dictionary defines newstalgia as "Something new that harks back to something old." The goal is not to idealize the past (in contrast to classic forms of nostalgia that can idealize certain moments of our history) or to pay homage to it, but to take advantage of it to create something new that will make sense in the here and now. Because after all, isn't borrowing from the past proof that the world is, paradoxically, constantly in search of something new?

We live in a world of constantly reinterpreted newness. The old never really returns as a replica of the past. It is recycled, reconfigured and proposed again. It is interrogated to give it a new meaning, new energy, and sometimes it even leads to a brand new trend.

In fashion, newstalgia is on display everywhere. Today's designers are constantly dipping into old collections to invoke the spirit of an era. But the new pieces created are never identical to the old ones. They have been adapted to the current era, with updated cuts and in different materials, for instance, more sustainable ones. Just look at how Gen Z has appropriated a decades-old staple of women's wardrobes — the skirt suit. Seen on the catwalks, this basic has also been adopted by several Gen Z icons (Dua Lipa, Camila Mendes, Emma Chamberlain, and Hailey Bieber Baldwin) who have given it a fresh vibe by reinterpreting it in their own way.
In decor, newstalgia will be a major trend of 2022. According to Modsy's fourth annual "State of the Home" report, in order for our interiors to be on-trend this year, they will have to combine contemporary items with objects found at flea markets. An inexpensive, yet sustainable way to decorate our homes and apartments.

If newstalgia is so present in our daily lives, it's because it addresses both a whole generation and its collective memories, but also manages to transcend generations. It can bring together Gen Z, Millennials, Generation X, even Baby Boomers, even though these age groups do not share much in the way of common memories.
There are numerous examples of this phenomenon. For instance the success of the mobile game "Pokemon Go," which invoked many memories for some Millennials who collected Pokemon cards during their childhood and played the first video games on old consoles, but also appealed to Generation Z because of its playful approach and the tech aspect provided by augmented reality.
Another example is the success of hit Netflix series "Stranger Things," which reminds some people of the 1980s, a time when all kids had to do to go experience a billion adventures with school friends was jump on their bikes, a time when phones were connected to the wall through a wire, and when photos came out of a Polaroid camera (an object that recently made its comeback, by the way), when young people didn't talk into smartphones but into walkie-talkies... The show is rich in memories for those who knew this decade, synonymous with youth and freedom for Generation X and "senior millennials." But Generation Z isn't missing out on the Netflix phenomenon, despite not having lived through the era. Because, at the end of the day, it doesn't matter when the action takes place, as long as the themes addressed are timeless and universal. Nor should we minimize the role of the actors, who are members of Generation Z and with whom young audience members identify.
Another example is the massive comeback of vinyl, an object that Millennials barely knew in their early childhood and that Gen Zers are now discovering. For the older generations — Xers and Baby Boomers — this return to the past is comforting. They are in familiar territory. And at the same time, this revival of the black disk once classified essentially as a "vintage" object is perfectly in tune with the times, because we are rediscovering vinyl and its audio quality after the eras of the CD and MP3s.

Newstalgia is not just about reviving a has-been object or trend. Mixing different eras and movements needs to give rise to something that finds its place and its utility in the current world for it to stick. Something that is up to date, anchored in its time, even for the youngest generations, and yet that is also able to evoke feelings of nostalgia, tenderness and confidence in older individuals. The nostalgia factor should not be underestimated. It is a powerful feeling and a source of inexhaustible opportunities for brands. Reviving objects (or even brands) from the recent past that may still have some value in the eyes of consumers, regardless of their age, comes represents major stakes. Because human beings can even be nostalgic for a time they have not known. This is what's termed "fauxstalgia," or "false nostalgia," and it explains how several generations can be nostalgic for the same period.

Tweets by @forbesindia
Will India's Rs 7.5 lakh crore capex solve its job crisis? Maybe not
Photo Of The Day: Picking up the pieces