There will be caps, necklaces, charms and hoodies, all of it for sale at Netflix.shop, as the world's biggest streaming company plants a flag in the territory of ecommerce

By John Koblin and Sapna Maheshwari 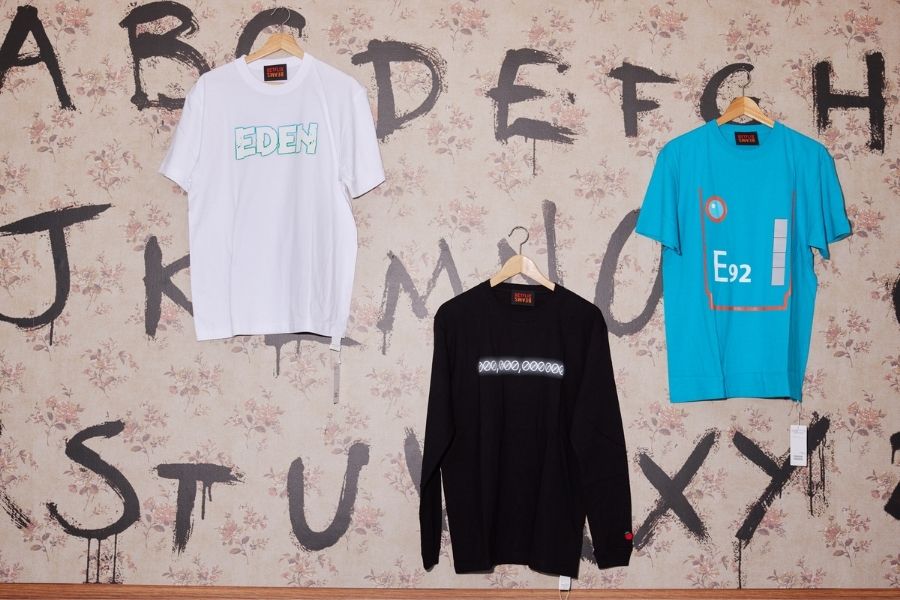 There will be “Lupin” pillows and Netflix-branded boxer shorts.
There will be caps, necklaces, charms and hoodies, all of it for sale at Netflix.shop, a site that goes live Thursday, when the world’s biggest streaming company plants a flag in the territory of e-commerce.
The shopping site gives Netflix a new way to bring in cash after a quarter in which its explosive growth showed signs of slowing down in the increasingly crowded field of streamed entertainment, one that now includes a formidable rival in Disney+.
Unlike some of its competitors, including Hulu and HBO Max, Netflix, the home of “Bridgerton,” “The Witcher” and “The Crown,” does not have commercials, relying on the monthly fees paid by its more than 200 million subscribers around the world. That is where Netflix.shop comes in.

The site is the next logical step for a company that has gotten serious about the retail business in the last year, an effort led by executive Josh Simon, who runs Netflix’s consumer products division.
Simon joined the company in March 2020 after working in a similar role at Nike. On his watch, the consumer products team has grown to 60 people, from 20; and Netflix has made deals with Walmart, Sephora, Amazon and Target to sell clothes, toys, beauty kits and housewares, among other items, related to its series and films.
Netflix created the online store with the tech company Shopify. Simon described it as a “boutique,” adding that products tied to only a few Netflix shows will be included in its first few weeks.
“Lupin,” the buzzy French crime show about an expert thief, will be front and center at Netflix.shop later this month. In addition to baseball caps, T-shirts, hoodies and sweaters, the “Lupin”-related merchandise will include throw pillows ($60 apiece) and a side table ($150), all of it designed and produced in collaboration with the Louvre museum.
Two Netflix anime series, “Eden” and “Yasuke,” will be featured in the store on its first day. A clock based on the “Yasuke” character Haruto, created in collaboration with artist and designer Nathalie Nguyen, is priced at $135.
There is also a “Yasuke” clothing line, which came about through a collaboration with the streetwear label Hypland and its founder, Jordan Bentley. “He’s part of that drop culture, where kids are lining up on Fairfax Avenue in Los Angeles to buy his products,” Simon said.
In the coming months, products tied to other Netflix shows, including “Stranger Things” and “Money Heist,” will appear on the online shelves.
The demand seems to be there: Thousands of fan-made products related to the Netflix documentary series “Tiger King,” including candles, face masks and greeting cards, are on sale at Etsy and similar sites, without the company’s blessing.
Netflix has capitalized on hits like “Bridgerton,” a period romance from producer Shonda Rhimes, which debuted in December. Working with the clothing company Phenomenal, Netflix started selling $59 sweatshirts inspired by the show. The line includes a lavender hoodie with the words “I Wish to Be Entertained” across the front, as well as a crew neck with the message, “I Burn for You.”
“To All the Boys I’ve Loved Before,” a Netflix romantic-comedy film franchise, has spawned a clothing and accessories line at H&M as well as beauty kits at Sephora. There are also Mattel dolls and a Walmart plush toy tied to the Netflix animated hit “Over the Moon.”
Netflix.shop will allow the company to move faster to meet demand for items related to Netflix shows that trend on social media. “We did that pretty quickly,” Simon said of the “Bridgerton” sweatshirts, “but I think we’re talking about a matter of days when we have our next unexpected hit.”
A desire for quick turnaround times played into the company’s decision to run its store through Shopify, whose technology supports an array of vendors including Allbirds, Kith, The New York Times and Kim Kardashian’s Skims.
Harley Finkelstein, the company’s president, said Shopify was experienced in handling “major drops,” including Taylor Swift albums and sneaker releases, and it can manage tens of thousands of checkouts per minute. “We’ve been battle-hardened around some of the largest flash sales on the planet,” he said.
Products based on entertainment hits go back to the early days of Hollywood. Disney sold plates, jigsaw puzzles, tin pails and other goods featuring Mickey Mouse, Pinocchio, Snow White and other characters as far back as the 1920s. Decades later, George Lucas made a fortune thanks to a fortuitous deal he cut with Fox that let him hang on to the rights to “Star Wars” products in exchange for a discount on his director’s fee, an arrangement he made before the first film in the series came out.
Tech companies are now getting into the act as they look for fresh revenue streams. Google recently announced plans to open a New York store, and Instagram has ramped up its in-app shopping features.
Sales of licensed products tied to shows, films and characters were about $49 billion in the United States in 2019 and $128 billion globally, according to the most recent study of the industry by Licensing International, a trade group. The biggest player, by orders of magnitude, is Disney.
Simon, the Netflix executive, said the money generated by the shopping site is not expected to match the amount Netflix makes through its deals with store chains and fashion brands. “Practically speaking, the revenue will come more from those partners around the world in terms of sheer footprint and number of locations and magnitude,” he said.
Unlike Disney, which is estimated to generate tens of billions of dollars in sales each year in merchandise, Netflix has no plans for brick-and-mortar stores in malls or Times Square.
Mark A. Cohen, the director of retail studies and an adjunct professor at Columbia University’s Business School, said he was skeptical about the longevity of the Netflix store after the excitement around its opening fades, in part because of the come-and-go cycle of Netflix hits.
“Most of them have a short shelf life, unlike a Disney property, which is a generational-long ride,” he said.