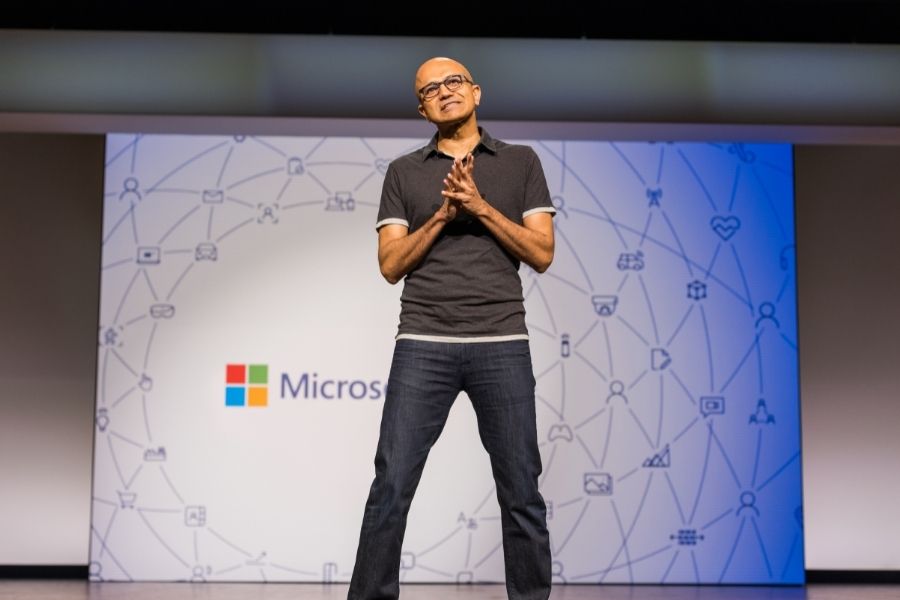 In mid-2014, Satya Nadella, who had just become the chief executive of Microsoft, ushered the heads of the company’s gaming division into his fifth-floor office in Redmond, Washington.
The executives wanted Nadella to write a $2.5 billion check to buy Mojang, a Swedish company that produced a blocky, pixelated game called Minecraft. Nadella asked why Microsoft, which was being consistently outsmarted in the console business by Sony, should keep investing in video games. How, he said, did that fit with his vision for a company with a friendlier face that appealed to more consumers?
Then Phil Spencer, the new head of Xbox, told Nadella about Minecraft’s vast world where millions could socialize and where teenagers were encouraged to learn math and science skills. A deal would be the first step of a “a pretty bold vision” to transform Microsoft’s gaming business into one focused on a broader audience, rather than just console gamers, Spencer said.

Nadella agreed and made the deal happen. What followed, according to interviews with more than 20 Microsoft executives, game developers, industry analysts and gamers, was a yearslong shift. Instead of competing mainly with rival Sony to sell more consoles, Microsoft bought 15 other game studios and invested in new technologies, like a Netflix-style games subscription service and a mobile tool known as cloud gaming.
Now, as Microsoft prepares to show off new offerings at the annual gaming convention E3 this weekend, its video game business looks very different. The company is still known for the Xbox, a new version of which was released in November. Even so, it has diversified beyond boxy hardware to provide a new array of services.
“Their strategy has diverged quite significantly from a traditional console approach,” said Piers Harding-Rolls, a gaming researcher at the analytics firm Ampere Analysis.
With the changes, Microsoft is betting that the future of gaming will be a post-hardware world where people may not want to spend hundreds of dollars for a console, executives and analysts said. Eventually, they said, people might no longer be tied to specific devices to play games, and will instead care more about software and services.
While Xbox consoles still generate plenty of revenue — in January, Microsoft reported $5 billion in quarterly gaming revenue for the first time, bolstered by the release of the Xbox Series X — the company stopped disclosing its console sales in 2014. The majority of gaming revenue comes from content and services, rather than Xbox hardware sales, said Tim Stuart, Xbox’s chief financial officer.
Its gaming business still faces hurdles, including shaking a perception among gamers that it does not have their best interests at heart. That distaste stems from a messaging failure in 2013, when Microsoft presented its new Xbox One console as an entertainment device that people could use to stream music and movies. In response, gamers revolted.
The Xbox One still sold about 50 million units, analysts estimated. But it was far outdone by Sony’s PlayStation 4, which was also introduced in 2013 and has sold 116 million units.
“We lost our step of what gamers wanted,” Stuart said.
After the backlash, Microsoft shifted gears. Nadella had just taken over and wanted the company to move from focusing on software to cloud computing and subscription services.
Spencer ensured that the games division’s evolution mirrored those goals. He persuaded Nadella to buy Mojang in September 2014, which was the new chief executive’s first acquisition.
“Gaming is much more central to Microsoft today than it ever was in our history,” Nadella said in an interview last week. 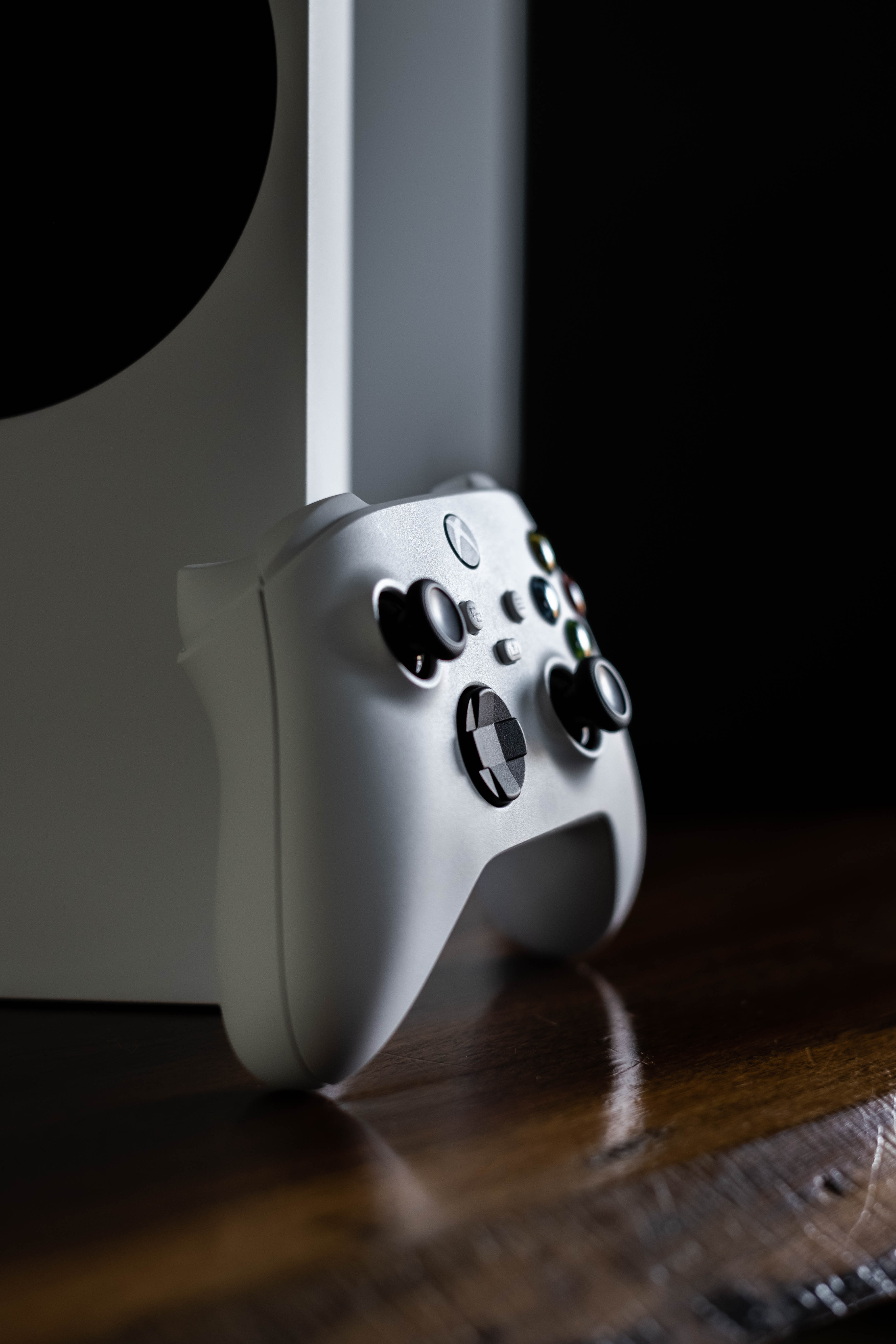 A controller for the XBox Series X, the new gaming console that became available last year, in Oakland, Calif., on Nov. 2, 2022. Known for the Xbox, Microsoft has been diversifying away from boxy hardware in favor of reaching millions more new gamers. (Brandon Ruffin/The New York Times)

In 2017, Microsoft released Xbox Game Pass. For $10 or $15 a month, subscribers could play a specific set of games for as long as they stayed on the service. That upended the traditional model, where people paid $60 for games like Call of Duty and owned them forever.
To persuade game publishers to put their titles on Game Pass, Xbox executives flew around the world to meet developers and proselytize their vision of an industry where video games were cheap and easily accessible.
Initially, developers were “leery,” worrying they would lose money on the service, said Sarah Bond, a Microsoft vice president who leads the gaming ecosystems organization.
So she decided to study how Game Pass affected gamers’ behavior. Microsoft said on Thursday that it found that people using the service spent 50% more money overall on games and played 40% more games than nonsubscribers.
Mike Blank, a senior vice president at Electronic Arts, which put its games, like the Madden NFL and FIFA soccer franchises, on Game Pass in 2020, said there was initially “trepidation” around subscription services. But the company has been happy with the results and “players are responding favorably,” he said.
Microsoft also spent heavily on game development to expand the Game Pass offerings, buying studios including a $7.5 billion acquisition of ZeniMax Media in September and adding hundreds of games to the service. This year, it also considered buying the messaging app Discord, which gamers use to chat while playing.
The diversification continued in late 2019, when Microsoft released a cloud gaming service, in which games are hosted in a company’s data centers and are broadcast to devices. The service, Xbox Cloud Gaming, or xCloud, means that people do not need to install games or use expensive hardware.
The idea of a cloud gaming service had crystallized for Spencer earlier that year, when he was on a bus in Nairobi, Kenya, and connected to Wi-Fi. He found that he could stream a game from Microsoft’s data center in London to his phone.
“It was literally the same saved game I had sitting in Redmond, Washington,” he said. “It really just pushes how you can make gaming truly global.”
On Thursday, Microsoft said it was working with television manufacturers to put its games inside TVs without the need for an Xbox. It added that it would soon bring cloud streaming to the console as well.
For now, cloud gaming is still bogged down by glitchy gameplay and requires a strong internet connection. Xbox Cloud Gaming is still in trial and Apple has barred the app from iPhones because it includes a catalog of games, and Apple requires separate apps for each game as part of its app review process.
At the same time, Xbox continues to trail Sony’s PlayStation. In April, Sony said it sold 7.8 million new PlayStation 5s between November and March, while analysts estimated Microsoft had sold more than 4 million new Xboxes in the same period. Sony declined to comment.
Some gamers said Microsoft has failed to win them over because it still lags Sony in exclusive, quality games.
“I just have always been under the impression that PlayStation is better,” said Natalia Mogollon, a gamer known as Alinity who streams sessions on the site Twitch to 1.3 million followers.
Yet when Microsoft nabs exclusive content, it can backfire. In 2015, when the game publisher Square Enix released a popular game first on the Xbox, gamers were angered that Microsoft would limit access to the title. The reaction was similar when it considered buying Discord, and when it was reported last month that an upcoming ZeniMax game would be exclusive to Xbox.
“It can look like a big corporation coming in to screw up and screw over their favorite game developer,” said Rod Breslau, a video game consultant.
As Microsoft has shifted away from the console wars, Spencer’s own tone has also softened. In an interview with The New York Times in 2014, he signaled that he would not back down against Sony. “I’m in this to win,” he said.
In an interview last month, he took a different approach. “We don’t look at Nintendo and Sony and say that company has to lose in order for us to win,” he said.

Tweets by @forbesindia
Photo of the day: Testing 1,2,3...
Netflix: The store