From a dusty web relic to showstopper: How Anjali Sud transformed Vimeo

Vimeo wasted its youth striving to be an oddball combo of Netflix and a commercial-free YouTube. After a hard refocus on business users, CEO Anjali Sud has transformed the near-forgotten brand into a $6 billion blockbuster 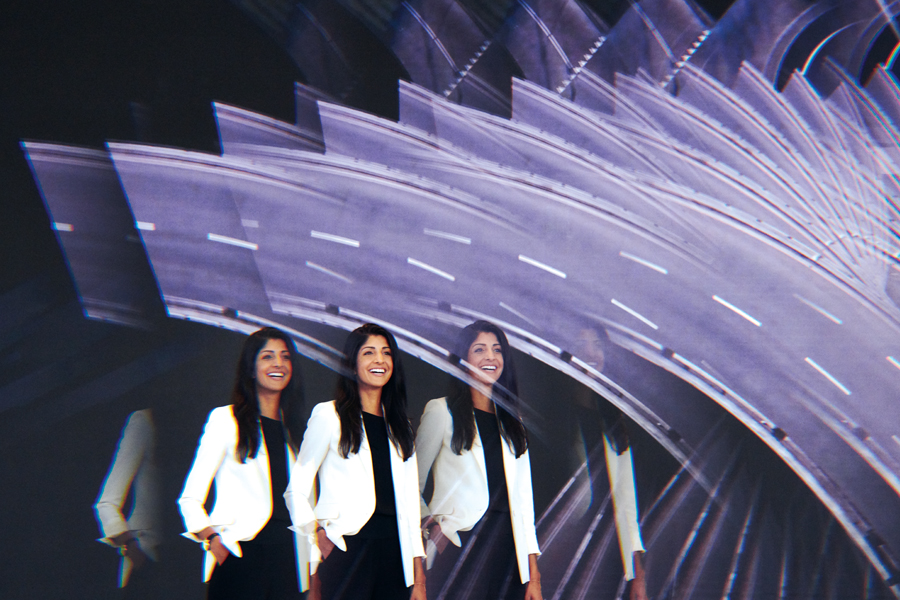 Seven years ago, Vimeo had Hollywood dreams. The internet video outfit—owned by Barry Diller’s IAC—had found a niche hosting flicks for artsy filmmakers who didn’t want their works to be tossed into YouTube’s unruly, ad-driven stew. But it was a tiny, money-losing business with annual revenue under $40 million. Vimeo was pinning its hopes on the booming streaming business, betting it could leverage its relationship with creatives to build a subscription service to rival Netflix, Amazon Prime and HBO. It hired studio execs from Para­mount and Hulu and signed distribution deals with Lionsgate, CBS Interactive and Spike Lee for content to stock the new service.
But Anjali Sud, then Vimeo’s 31-year-old director of marketing, had a hunch the company’s future was not in Hollywood hits but Silicon Valley plumbing. Her plan: Shift its focus from entertainment to entrepreneurs. “Vimeo had long been a software company for filmmakers, but the market was too small,” says Sud, now 37. “There was another, much bigger market—businesses. What Squarespace and GoDaddy did for websites, we could do with video.”
She pitched the idea to Joey Levin, Diller’s handpicked IAC CEO. “Anjali said, ‘This is a real business that’s relevant to a much larger audience than anyone thinks,’ ” Levin says. He gave Sud a small team to test the idea. “We like to find smart, talented, ambitious people, throw them into the deep end and see if they can swim.”
Sud was soon doing the backstroke, transforming Vimeo from a dusty web relic into the showstopper of IAC’s tech portfolio. A one-stop shop to shoot, edit, store and distribute video, Vimeo posted sales of $84 million during the fourth quarter of 2020, a 54 percent jump from the same period the previous year. Last quarter, net subscribers increased by 300,000, to a total of 1.5 million—a gain of nearly 25 percent. Annual revenue is on track to top $300 million. IAC shut down the streaming division in 2017 and made Sud the CEO.
In November 2020, Vimeo raised $150 million at a $2.8 billion valuation from Thrive Capital and GIC, Singapore’s sovereign wealth fund. Just two months later, it got $300 million more at a nearly $6 billion valuation from T Rowe Price and San Francisco–based Oberndorf Enterprises.
This spring, IAC plans to spin off Vimeo tax-free to shareholders. It will be Diller’s eighth spin-off. Over the last 25 years, IAC has incubated, rehabbed, flipped and spun misfit web assets worth $100 billion, including household names like Match.com, Expedia and Angie’s List. The strategy has worked: A buck invested in IAC at its dawn in 1995 is now worth about $40, a compound annual return of 16 percent versus the S&P 500 Index’s 10 percent return over the same stretch. “In digital life and its possibilities, Vimeo’s not even in the first round,” Diller says. “It has extraordinary potential.” 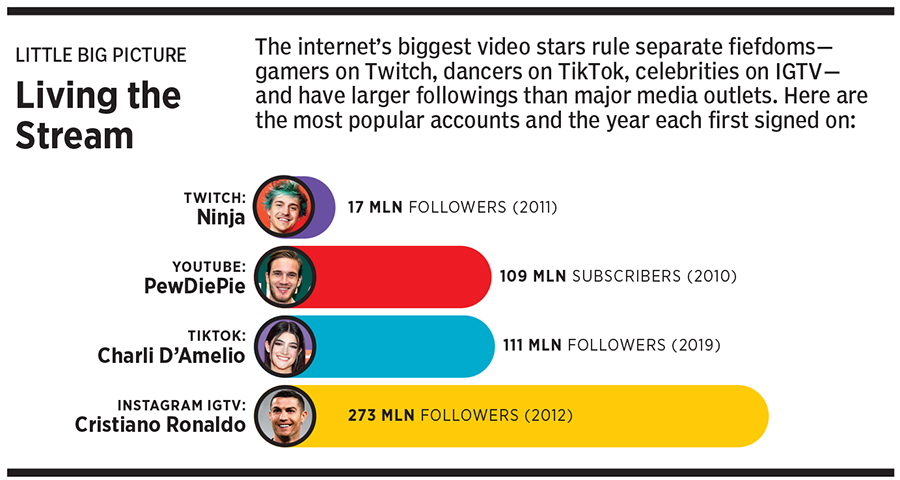 Vimeo should be another star spin-off. In the current frothy cloud software market, Bank of America predicts Vimeo (which IAC tried to unload to Kodak for around $10 million more than a decade ago) could hit a valuation of $10 billion—about 50 percent of IAC’s current market cap.
For customers, Vimeo is a digital crop duster whose software enables them to spread videos across social media, email marketing campaigns, websites, digital marketplaces and streaming channels. Subscriptions start at $7 a month for a basic package and climb to more than $20,000 a month for big enterprise deployments at places like Amazon and Starbucks.
Because Vimeo is commercial-free, its videos are allowed on ad-supported outlets like Facebook, LinkedIn, YouTube, Pinterest and Twitter. Ad-free is also vital for distribution on online retailers like Amazon, Etsy and Shopify. And Vimeo’s corporate clients don’t have to fret about random advertisements—or, worse, ones from competitors—appearing in the middle of their branded content.
Companies like Deloitte, Pottery Barn, Rite Aid and Forbes use Vimeo to deliver training and onboarding videos in addition to livestreaming corporate events to employees now spread worldwide. Meanwhile, million-plus smaller businesses use Vimeo to distribute advertising, product demos and how-to videos. Vimeo may have failed to launch its own streaming channel, but thousands of others—from indie filmmakers to Pilates instructors—use it to create subscription channels on streaming services such as Apple TV, Roku, Fire TV and Xbox. Says Sud, “We’re both a 16-year-old video platform and a three-year-old software startup.”
Vimeo came aboard IAC in 2006 as a stowaway upon Diller’s purchase of Connected Ventures, the parent of lowbrow comedy site CollegeHumor. The $30 million deal included the comedy studio, its companion merch site BustedTees—and Vimeo, the web player for CollegeHumor’s sketches. “We bought Vimeo almost by accident,” says IAC’s Levin. For much of the subsequent decade, the company tried to make money off viewers through an iTunes-like on-demand service, and later the ill-fated studio and streaming channel. Nothing really worked. “Vimeo always had an identity crisis,” Sud says. “We had an amazing brand and platform, but it was hard to see what to do with it.”
Sud certainly had the smarts and the credentials to give Vimeo a makeover. She grew up the daughter of two immigrant doctors in a tight-knit Indian community in Flint, Michigan. After her public school lost its accreditation, Sud applied to 12 boarding schools and got into Massachusetts’ elite Phillips Academy Andover. Next came a Wharton degree and then a few years doing mergers at Sagent Advisors. Sud later attended Harvard Business School and did stints at Amazon as a toy buyer and in marketing at Diapers.com before joining Vimeo.
A year into the job, Sud began seeing short advertising clips and product demos posted beside Vimeo’s usual documentaries and art-house flicks. “It was everything from mom-and-pops to tech startups to the marketing department of large corporations,” she says. “They were so diverse, it had to be a trend.”
She discovered the new customers were using Vimeo to post marketing videos on Facebook, Twitter, Instagram and their own websites. “There was a huge group of users that no one was serving.” Her team developed tools for businesses to upload logos, insert buy-now buttons and add email capture to their videos. After a year of solid growth, IAC added 50 more people to Sud’s skunkworks. 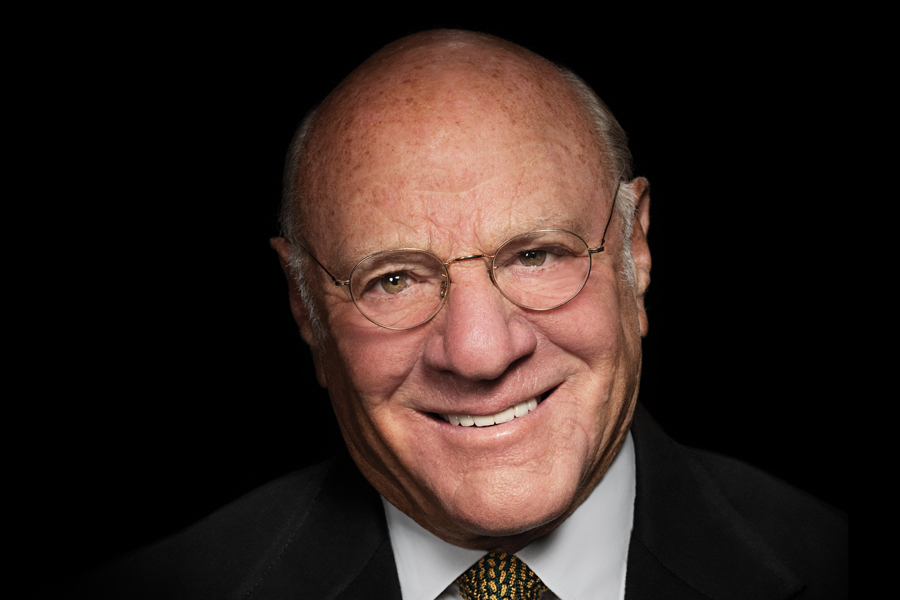 Spin Doctor: IAC founder Barry Diller (net worth $4.2 billion) made millions as a Hollywood mogul in the 1970s and ’80s, and billions off the internet in the decades since. “Once you focus with clarity, if your base idea is good, you thrive,” he says. “Vimeo has thrived.”

While the software business soared, Vimeo’s content studio sputtered. It was impossible to compete against deep-pocketed giants like Amazon Prime Video and Netflix, which were plowing billions into movies and shows. In the summer of 2017 Levin told Sud that Vimeo was dropping the studio and going all-in on software—with Sud as CEO. “It never occurred to me that they would offer me the position,” Sud says. “I asked, ‘Is this a joke?’ and then immediately tried to play it cool.”
Already growing fast—revenue increased 27 percent in the last quarter of 2019—Vimeo saw demand stoked by the pandemic. “Overnight, video went from nice-to-have to need-to-have,” Sud says. As usage soared, she hired quickly to scale Vimeo’s tech and customer service. Today it has more than 700 employees, about half in R&D and the rest spread across sales, marketing and customer support.
Sud is now building for a post-Covid hybrid work world in which she expects video’s dominance to accelerate. She wants to make virtual events and meetings more interactive, intimate and collaborative. Vimeo is also testing AI to edit raw footage into slick marketing content for industries such as restaurants and real estate.
Then there’s the impending spin-off. Sud says the move will make it easier to recruit talent, make acquisitions, promote the brand and sell services to large corporations. (And access capital in a market that values software firms at around 40 times earnings.) As for going from a marketing director to CEO of a publicly traded company in less than four years? “As a woman, a mother and a tech CEO, I’m unique in the software world,” Sud says. “I’m excited to bring my perspective and style to the industry. It’s going to be fun.”

Tweets by @forbesindia
Photo of the day: Final journey
Internet and Indians: Growth in new active users higher in rural than urban India in 2020