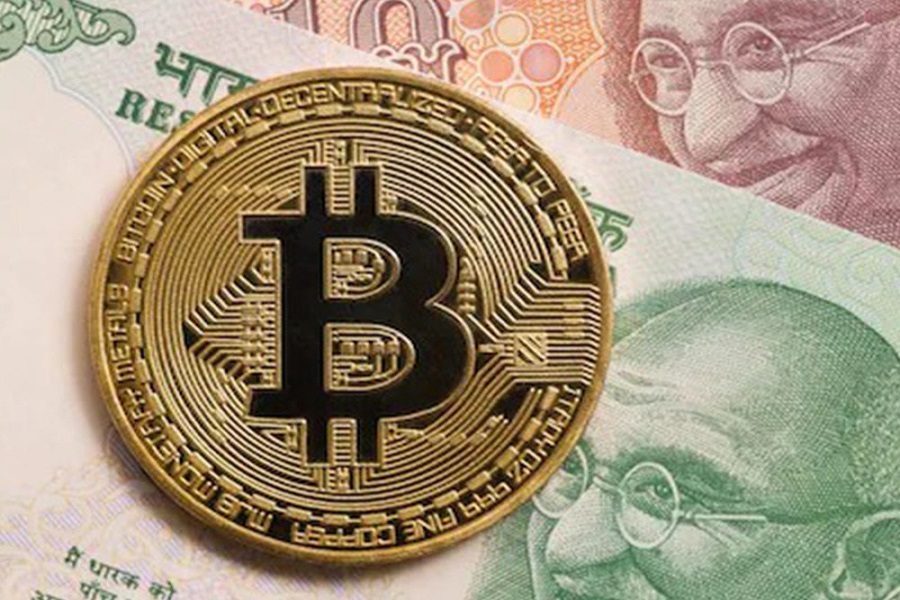 Ever since Finance Minister Nirmala Sitharaman, during her 2022 Budget speech, announced that the Reserve Bank of India (RBI) would be rolling out its digital currency, there has been a lot of chatter about what exactly a digital currency is and how will it differ from cryptocurrencies such as Bitcoin, Dogecoin and other popular tokens.
If you’ve been wondering how digital currency will differ from cryptocurrency then this guide will help you know everything about these two forms of currencies. Let’s begin by defining them first.
Digital Currency – is the digital format of fiat currency that you carry around in your wallet or withdraw from an ATM. It’s the same currency that is backed by an authority, the Reserve Bank of India in case of Indian currency, and can be exchanged for actual currency if and when it is scheduled to be launched in 2023.
Cryptocurrency – is not backed by a central figure but derives its purchasing power from its community of users. Technically, they are pieces of code created by ‘mining’ that are managed through a digital ledger called as blockchain to ensure transparency at each stage of its journey. Although coins like Bitcoin and Ethereum have many uses when it comes to NFTs and the upcoming metaverse, they cannot be utilised outside of blockchain as these are digital assets that can be traded but not used as a legal tender in India.
Now that we know about them, here are five major differences between digital currency and cryptocurrency.
1 - Centralisation
The biggest difference digital currency and cryptocurrency is the question of who has control over the monetary value of your coins. In case of digital currency, it would be the Reserve Bank in India or Fed in the US along with the government, banks and other middlemen, all of whom would have to come together to set the value of the currency in question. This is why you would read of the Turkish Lira’s depreciation by over 40% in 2021 or the collapse of financial systems in Myanmar and Afghanistan once the central authority is left powerless.
Cryptocurrency, on the other hand, follows a transparent procedure right from mining to ownership to transfer of crypto assets. Its value is also independent of central banking authorities and regional geopolitical problems.
2 - Encryption
Once again, cryptocurrency trumps digital currency when it comes to encryption. Digital currencies are essentially e-cash that doesn’t need any special indigenous methods to encrypt them. Cryptocurrencies, on the other hand, are stored on a blockchain and the coins themselves are stored in ‘wallets’ that offer a much higher degree of cyber security.
Also, choosing the right cryptocurrency exchange that offers the best of security features and a wide range of currencies to transact with, is the primary requirement to transact using cryptos. WazirX is one such crypto exchange that does the job reliably and one that we highly recommend to get started on your crypto journey. Be sure to open your account here.
3 – Transparency
The biggest advocates for cryptocurrency will cite the transparency afforded by the platform. Every detail regarding cryptocurrency transactions is in the public domain thanks to the presence of a decentralised ledger that records all the blockchain details. With digital currency, only the banking authorities along with the sender and receiver are involved in the transaction involved. In case of conflict over any asset, cryptocurrencies are easier to manage as the records are there for everyone involved to see, whereas digital currencies could involve bureaucratic hurdles and other problems in case of any conflict. This decentralisation of data is, in fact, one of the driving forces leading to the adoption of cryptocurrencies across the world.
4 – Stability
Digital currency is usually stable and also relatively easy to manage, thanks to having wider acceptance in the global market. Digital currency, being the fiat version of approved currency, is traded and understood by a vast majority of the population. This, in turn, makes it more stable when compared to a new technology such as cryptocurrency that has started gaining attraction but isn’t mainstream yet. Added to that, the price volatility of cryptocurrencies is another aspect that hampers its stability even as new tech and features mean that it is slowly but steadily gaining traction all around.
5 – Legality
Most countries, including India, are now taking a look at the legality and acceptance of cryptocurrencies. Since these aren’t backed by any governing body, most traditional frameworks don’t assign any value to them. However, the swift rise in the number of depositors and various use cases of blockchain today and the upcoming metaverse, where the only method of payment remains cryptocurrencies, means that some sort of discussion around the legality of cryptocurrencies is bound to happen sooner than later. For now, countries around the world are firm in backing their own fiat currencies.
Now that you know which aspects of crypto and digital currencies work for and against them, you can make an informed choice between the two. While India’s digital currency is still at least a year away, by the government’s own estimate, you can meanwhile start your crypto journey in just a couple of minutes with WazirX, one of India’s largest and most trusted cryptocurrency exchange.  Get started here.
The pages slugged ‘Brand Connect’ are equivalent to advertisements and are not written and produced by Forbes India journalists.

Tweets by @forbesindia
Photo Of The Day: Picking up the pieces
Missing in US, EU sanctions: A reprisal that could hurt Russia the most