Missing in US, EU sanctions: A reprisal that could hurt Russia the most

The European Union is Russia's largest trading partner, with 70 percent Russian gas exports and half of its oil exports going to Europe. Now, EU leaders are caught between wanting to punish Russia for its aggression and protecting its own economy

By Patricia Cohen and Stanley Reed 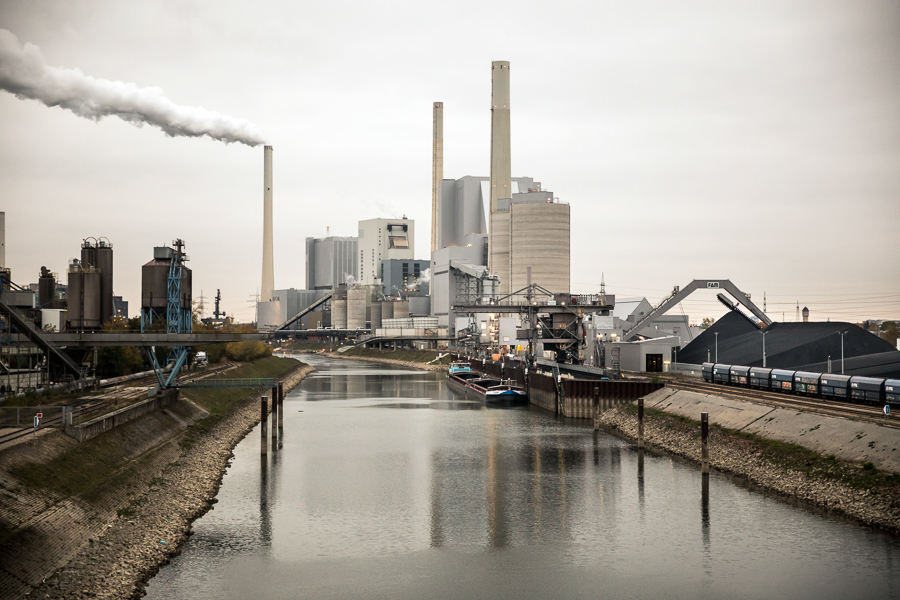 A coal-fired power plant in Mannheim, Germany, Oct. 28, 2018. Energy security has gained prominence while the conflict in Ukraine raises concerns over the possible interruption in the supply of oil and natural gas. (Gordon Welters/The New York Times)

The punishing sanctions that the United States and European Union have so far announced against Russia for its invasion of Ukraine include shutting the government and banks out of global financial markets, restricting technology exports and freezing assets of influential Russians. Noticeably missing from that list is a reprisal that might cause Russia the most pain: choking off the export of Russian fuel.

The omission is not surprising. In recent years, the European Union has received nearly 40% of its gas and more than one-quarter of its oil from Russia. That energy heats Europe’s homes, powers its factories and fuels its vehicles, while pumping enormous sums of money into the Russian economy.

Losing out on those revenues would be hard for Russia, which relies heavily on energy exports to finance its government operations and support its economy. Oil and gas exports provide more than a third of the national budget. But a cutoff would hurt Europe as well.

“You want the sanctions to hurt the perpetrator more than the victim,” said David L. Goldwyn, who served as a State Department special envoy on energy in the Obama administration.

The situation would surprise some of last century’s cold warriors. Throughout most of the post-World War II era of superpower confrontation, many analysts believed that the more economically intertwined the Soviet Union and the West became, the less likely it was that conflicts would arise. Trade and economic self-interest would ultimately make allies out of everybody, the argument went.

Now, the European Union is Russia’s largest trading partner, accounting for 37% of its global trade in 2020. About 70% of Russian gas exports and half of its oil exports go to Europe.

The flip side of mutual interest is mutual pain.

European leaders are caught between wanting to punish Russia for its aggression and wanting to protect their own economies.

So far, Germany’s decision Tuesday to halt Nord Stream 2 — the completed gas pipeline that directly links Russia and northeastern Germany — is among the most consequential that Europe has taken, said Mathieu Savary, chief European investment strategist at BCA Research.

As for the gas that is already flowing to Europe, Western leaders are reluctant to reduce it further given that during the last three months of 2021, Russia shrank its pipeline exports by close to 25% compared with a year earlier, according to the International Energy Agency. Europe’s reserves stand at just 30%, and Europeans are already paying exorbitant prices for energy.

The conflict is occurring when supplies of both oil and natural gas have been tight for months, driving up prices.

Germany, Russia’s largest trading partner in Europe, gets 55% of its supply from Russia. Italy, the second-biggest trading partner, gets 41%. At a forum in Milan last week, Russian Ambassador Sergei Razov said President Vladimir Putin had told Italian Prime Minister Mario Draghi that “if Italy needs more gas, we are ready to supply it.”

Putin also made a point of saying that roughly 500 Italian businesses have operations in Russia and that bilateral investments are worth $8 billion.

On Thursday, the International Energy Agency, which would probably coordinate any response to a global energy disruption, said the supplies of oil “most immediately at risk” were 250,000 barrels a day from Russia that move through Ukraine to Hungary, Slovakia and the Czech Republic. That amount is relatively small in a global market that consumes 100 million barrels a day, but its loss could create severe shortages in those countries.

The West is not without tools. Goldwyn said Russia’s energy sales would still likely be hurt by sanctions on Russian financial institutions and other measures, even if oil and gas exports were not directly targeted.

The money that Russia makes from energy exports could also be reduced if shippers, wary of the growing complexity of transporting Russian crude and supplies, raise what they charge Moscow, Goldwyn said.

He added it was possible that the White House would ban imports of Russian crude to the United States. Such a move, experts said, would force U.S. refiners to rely on other suppliers and Moscow to find other buyers for around 700,000 barrels a day. China would most likely be one, after the two countries pledged to “strongly support each other.”

Eurasia Group, a political risk consultancy, pointed out in a note Thursday that while the United States and Europe would try to avoid directly targeting Russian fuel exports, “the blizzard of new restrictions will force many traders to be exceedingly cautious in handling Russian barrels.”

Sanctions might also aim at blighting Russia’s future prospects. “If the U.S. targets energy, I expect it would be through technology controls that target future Russian liquefied natural gas and hydrogen,” said Scott Modell, managing director of Rapidan Energy Group, a consulting firm based in Washington.

If Russia cuts back on gas exports, Europe will try to make up the difference from already strained supplies kept in storage, and by scouring the world for more liquefied natural gas. Flows of LNG from elsewhere, mostly the United States, have exceeded Russian gas volumes to Europe in recent weeks. Such measures would probably help Western European countries like Germany and Italy more than those in southern and Eastern Europe with fewer alternatives to Russian gas.

Tweets by @forbesindia
Digital Currency Vs Cryptocurrency – what's the difference?
Do your own research: Crypto Wendy