Thrilling and chilling: Film posters from the 1950s 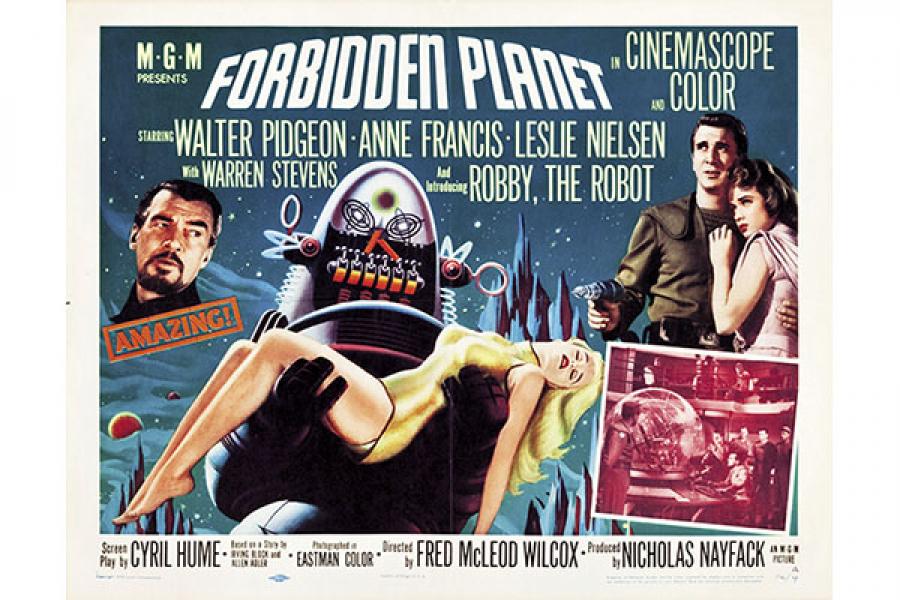 In mid-century America, nudity was forbidden in movies except for documentaries made at naturist retreats. Films about such camps were educational, not prurient, according to the Supreme Court. And for a low-budget director named Doris Wishman, the law was just the licence she needed to make a killing filming smut.

Wishman shot for the moon—literally—by making a sci-fi flick in which some astronauts find a lunar nudist colony. (The campers—all female, of course—are identical to Earthlings in every respect, except for antennae made out of pipe cleaners attached to their heads.) Released in 1962, Nude on the Moon was immediately banned from theatres. Try as she might, Wishman just couldn’t convince regulators that it was a documentary.

Today, the movie is mostly remembered because of its racy poster, which is coveted by collectors. An example in nearly flawless condition from the Edward Sommer Collection is up for sale at Heritage Auctions (a collectibles auctioneer in Texas) on July 25. “Nude on the Moon is a great kitschy poster,” asserts Heritage Auctions’ vintage movie poster auction director, Grey Smith. “What’s beautiful about sci-fi posters from the 1950s and ’60s is that they’re so graphic, and the imagery is so over the top.” 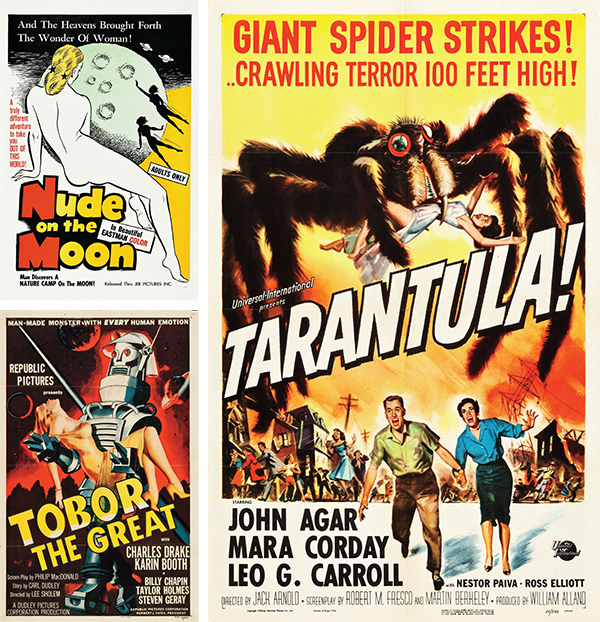 Obsessively collecting for the past 20 years, Edward Sommer has amassed some 350 sci-fi and horror movie posters, valued at around $150,000. His collection is especially notable, according to Smith, because of the posters’ fine condition and the fact that none has been touched up. “It’s a dream come true for an auctioneer,” he says. The Sommer Collection includes a sampling of 30 choice specimens in the July vintage posters sale, with the remainder to be offered at Heritage Auctions over the next year.

Sommer, who owns an Ohio-based employee benefits company, began collecting the posters mainly out of nostalgia. “I’d seen a lot of the movies when I was a kid,” he explains. As he turned up more posters, often advertising obscure low-budget movies, he began to seek out the films he hadn’t seen. “They were all entertaining,” he says, “but most of the time, the monster or sci-fi creature in the poster looks better than what you see visually in the movie.”

That isn’t surprising, given the conditions under which the films were produced. Many of the more famous titles of the era—such as Invasion of the Saucer-Men and Terror from the Year 5000—were only titles when the posters were designed. Those titles were then given to graphic artists, who would make up the most sensational illustrations they could imagine. Their poster layouts were sent to theatre owners. If enough owners booked the film, the movie got made. In the words of master sci-fi poster artist Albert Kallis, “advertising always came first”.

In fact, that may be why the posters for so many bad movies are so great. “An artist like Kallis had to have tremendous imagination,” says Smith. “His poster for Invasion of the Saucer-Men didn’t have to go through a committee of 30 people to get to a theatre marquee.” And in the case of Nude on the Moon, 30 people would have been a huge audience.