InterGlobe Aviation, the parent company of IndiGo, mops up about Rs 2,480 crore from the equity market through an Institutional Placement Programme 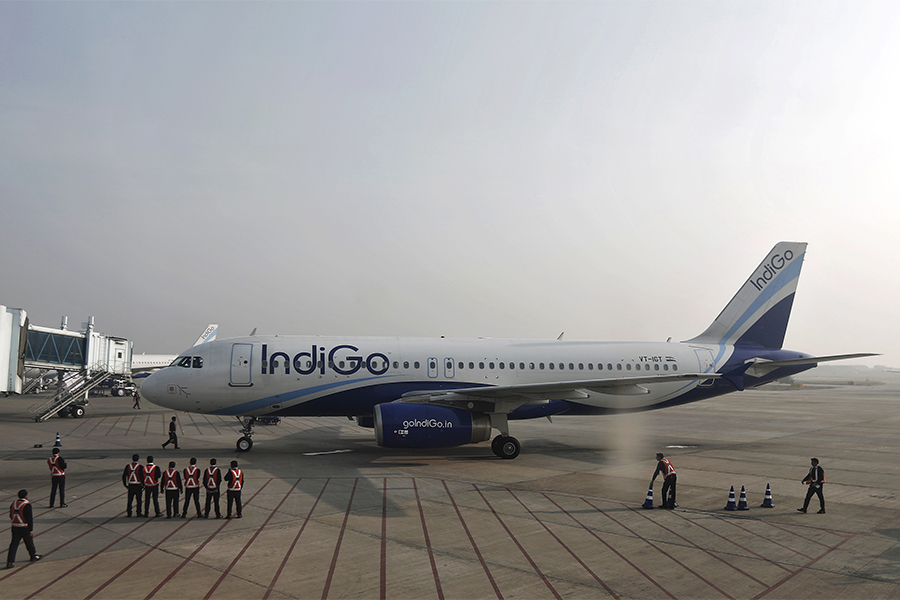 InterGlobe Aviation, the owner and operator of India’s largest airline IndiGo, reported a net profit of ₹551.5 crore in the June to August quarter of the ongoing fiscal, bolstered by one-time payments received from aircraft and engine manufacturers. In the same quarter last fiscal, the airline company had reported a profit of ₹139.84 crore.

The company said that its profitability was "favourably impacted" by better revenue management and credits received from Airbus and Pratt & Whitney. These credits relate to the delays in the arrival of the more fuel efficient Airbus 320neo aircraft as well as engine-related issues that IndiGo is facing with some of its existing A320neo aircraft.

“As far as the credits we received from manufacturers are concerned, we will not be able to go in to the specific details. However, we do get compensated by the manufacturers for the loss in revenue due to the grounding of our planes as well as reimbursed for some operational expenses that we incur due to delays in the deliver of our aircraft,” said Rohit Phillip, CFO, InterGlobe Aviation on an investor call, on Tuesday.

Aditya Ghosh, president and whole-time director of the company said that IndiGo had to ground nine of its A320neo aircraft in the last quarter on account of engine-related issues and non-availability of engine spares. Ghosh, however, clarified that as of October 31, all of its 24 A320neo aircraft were operational. The airline has a fleet of 141 aircraft of which 117 are the older generation A320ceo aircraft.

On Tuesday, shares of InterGlobe Aviation were up 1.59 percent at Rs 1,244.30 apiece at the close of market trade, even as the S&P BSE Sensex was down 0.16 percent.

Meanwhile, the company announced that it has successfully completed its Rs 3,700 crore Institutional Placement Programme (IPP) in a bid to comply with Indian laws that require a listed company to have a minimum public shareholding of 25 percent.

The IPP saw the sale of 33.6 million shares of which 22.4 million shares were newly issued and the remaining shares were an offer for sale (OFS) by the company’s promoters. The issuance of fresh shares saw the company mop up ₹2,479.66 crore, which has further strengthened its total cash balance that now stands at ₹12,925.64 crore.