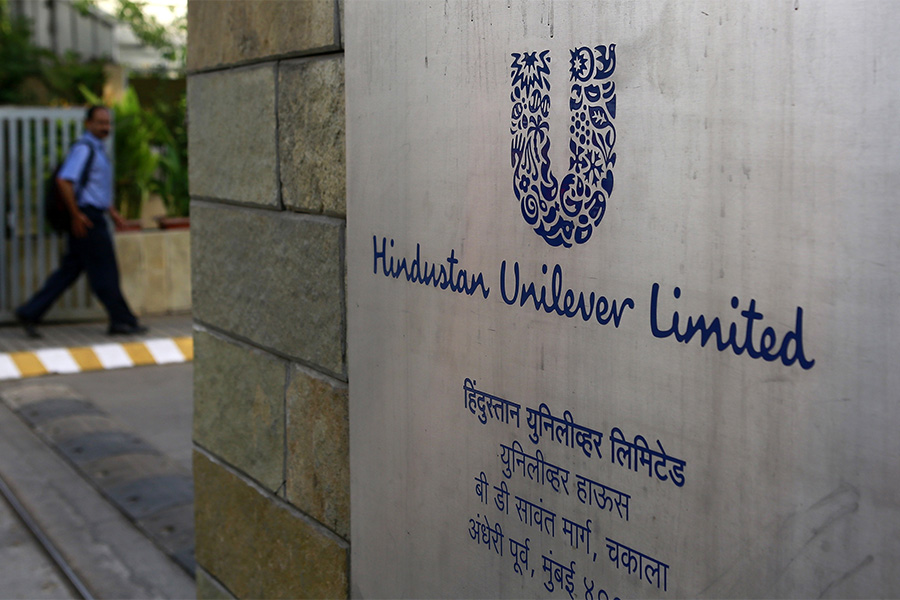 The Indian arm of the London-headquartered global consumer goods giant Unilever Plc posted a standalone net profit of Rs 1,183 crore, a 6.2 percent growth over the same period a year ago (profit after tax, before exceptional items grew 8 percent).
HUL’s turnover in the same period stood at Rs 8,969 crore, up 7 percent year-on-year. Domestic consumer growth stood at 8 percent year-on-year for the January-March quarter, HUL said in its earning statement issued on Wednesday, with an underlying volumes growth of 4 percent.
For the full financial year 2016-17, HUL posted a consolidated net profit of Rs4,490 crore, up 8 percent; on a turnover of Rs36,128 crore, up 3 percent. The underlying volume growth for the full year stood at 1 percent.
The growth in volumes, which was led by HUL’s home care and personal care businesses that has brands such as Lux, Dove, Rin and Surf, came as a pleasant development for the Street, considering volume growth, a key metric of the health of the FMCG business, had declined 4 percent in the preceding quarter. HUL’s foods business grew modestly due to “strong comparators in the previous year,” the company said.
HUL’s topline, volume growth and profitability came in above what some analysts were expecting. A Bloomberg poll of analysts’ earnings estimates for HUL had pegged the company’s March quarter net profit at Rs1,085 crore. A Religare Institutional Research report dated April 7 had expected the HUL to post a two percent growth in volumes.
The company posted a healthy Ebitda (earnings before interest, tax, depreciation and amortization) of Rs1,651 crore for the quarter, which was up 16 percent year-on-year. HUL’s Ebitda margin expanded by 90 basis points during the quarter to 18.8 percent, which was a function of moderating input costs as well as cost control initiatives undertaken by the company.
“This has been a strong quarter with profitable volume-driven growth,” Harish Manwani, HUL’s chairman said in the post-earnings statement. “With gradual improvement in market conditions, we remain optimistic about the medium-term outlook for our sector.”
A combination of factors including slowing rural demand and the after-effects of demonetisation that came into effect in November and saw certain high-value currency notes cease to become valid tender had taken a toll on the financial performance of Indian FMCG companies. Some of the pain felt by these firms in the October-December quarter were eased in the last quarter of fiscal 2017, though some sales channels like the wholesale sector are yet to return to the pre-demonetisation growth levels, Sanjiv Mehta, chief executive officer and managing director, HUL observed during a press conference.
HUL’s share price closed at Rs 1,006.35 per share on the BSE on Wednesday, up 0.82 percent. The bourse’s benchmark index, S&P BSE Sensex gained 0.25 percent on the same day.
While the business outlook looks brighter than before, there are still some uncertainties in the sector that companies like HUL will need to face in the immediate future. Foremost among them is the transitional challenges that it will have to deal with post introduction of the new Goods and Services Tax (GST) from July 1.
PB Balaji, HUL’s chief financial officer, stated that while this transition unfolded the trade pipeline was likely to thin down as wholesalers destock inventory ahead of the introduction of the new tax regime as they don’t want to sit on inventory for which they have paid taxes as per the earlier regime of VAT (value added tax). Balaji also added that the net benefit of GST will be passed on to the end-customer by HUL.
According to Mehta, the market would take at least a quarter post the introduction of GST to stabilize completely. Manwani chipped in to say that HUL was engaged in a constant endeavour to educate its customers (wholesaler and retailers of its goods) regarding the implications of GST so that they are prepared when the rollout happens. “The impact of GST will be end-to-end and you are only as strong as your weakest link,” he added to emphasize the need to work with the ecosystem.
The consumer goods company has taken gradual price hikes over the last three quarters to reflect the inflation in input costs due to rising prices of raw materials such as products linked to crude and vegetable oil. But raw material costs and the resultant prices of end-products have stabilized during the March quarter, Balaji said, highlighting that prices may not rise by too much, if at all, in the near future.
Another initiative that helped HUL save on costs was a more targeted approach towards advertising and promotions – an integral component and cost centre for FMCG companies. The company stated that it was able to meet its brand communications objective even as it delivered an 80 basis points savings in Brand Marketing Investment (BMI). Manwani stated that this was a function of utilizing digital tools such as big data and analytics to figure out the optimum advertising strategy to yield maximum impact.
Looking ahead, HUL is banking on for future growth is the introduction of natural elements to its existing products portfolio, and create special brands such as Lever Ayush (Ayurvedic products) and Citra (an Indonesia brand of therapeutic skincare products in the Unilever portfolio that will be launched in India soon). This also ties in with the broader strategy that FMCG companies, including HUL, appear to favour of late that includes achieving a greater share of premium (high margin) products in its overall portfolio.