50% of data consumed on mobile will be video by 2020: Chris Houghton

Chris Houghton, Ericsson's India region head, says the telecom industry is no longer about voice-based services, from which the company now gets less than half its revenues 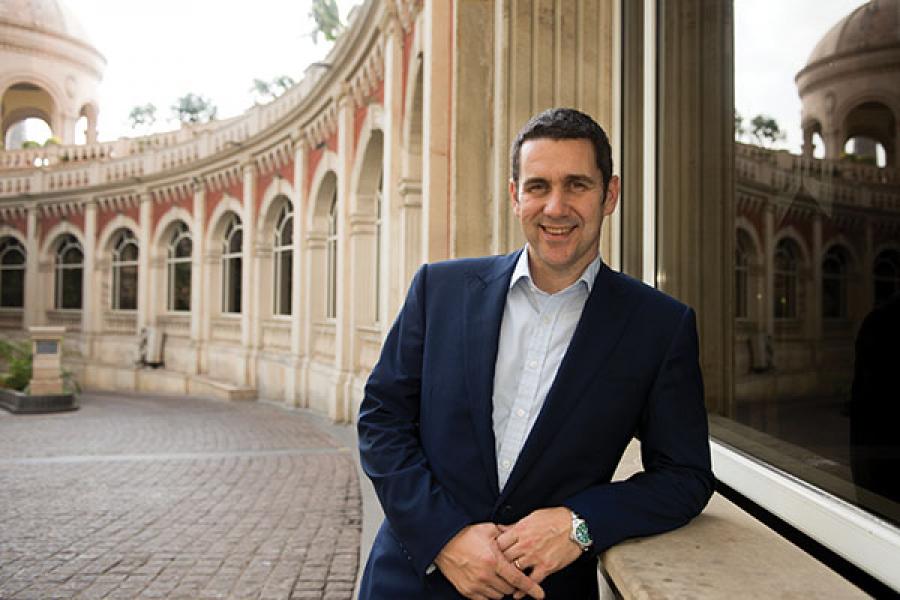 The year 2015 is likely to be a landmark for the India operations of Ericsson, the Swedish communications technology firm that raked in $27 billion in revenues last fiscal. The multinational’s India arm, one of its fastest growing globally, is likely to cross $1 billion in turnover this year. Ericsson India Pvt Ltd reported a turnover of $965 million for the year ended December 31, 2014.

Yet, there are inherent challenges to doing business in India, and they sometimes make it tough for Chris Houghton (48), head—India region, to compete with the company’s other region heads, especially when it comes to attracting investments from the parent company. For instance, Ericsson is yet to receive clearance from the Department of Telecommunications to sell its media gateways that it manufactures at its Jaipur unit, even as it has been more than a year since they applied for clearance. The company is also facing a probe, initiated this May by the Competition Commission of India (CCI), into some of its practices while licencing out its GSM technology to handset makers.

But Houghton, who has spent 25 years in Ericsson—he came to India in November 2013—says he “believes in India” and the promise of business opportunity here. In this interview, he talks about red tape, and the evolving  nature of telecommunication.

Q. How far has India improved in ‘ease of doing business’ since the new government took charge a year ago?
Some things have improved. The workforce here is very talented and committed. But sometimes, things don’t come together in India at the same time. The paperwork between different departments takes a lot of time. We’d like to see more improvement in that respect, as well as more stimuli to create economic zones and incentives for exports. But we respect the fact that India is a complex place to govern and reforms have to happen step by step.

Q. From being a handset maker Ericsson went on to licence out its GSM technology to others, and has since diversified into new digital businesses. Do we see this evolution taking place at Ericsson India as well?
I don’t think what is happening in India is different from what is happening at Ericsson globally. We came to India with GSM technology and, together with mobile operators, led a transformation in India. But it is no longer about voice calls. Now there is data, mobile and broadband. Data needs to be transported in an efficient way without wasting spectrum. The experience for customers has to improve, and they have to be billed the right way. That is why we are investing in verticals like IP [internet protocol] network and transport, OSS/BSS [operations and business support system], and TV and media management. We had set ourselves a target of growing by more than 10 percent in these new businesses per year on a global level, including India, and we have achieved that. Less than half of our revenues come from voice-based services at present. It is more about data and mobility.

We are also investing $15 million for a second unit in Pune, which should significantly increase the quantum of Ericsson’s exports from India.

We predict that by 2020, 50 percent of data consumption on mobile networks will be video content. We have to be ready for that. On the broadcast side, we have been in India for 20 years. [Ericsson helps broadcasters like Tata Sky and Sun TV optimally use bandwidth]. On the mobile side, we want to ensure that users can watch videos seamlessly, without buffering.

Q. What is your take on the challenges you have encountered in India with respect to the CCI probe and the wait for government approval to sell media gateways?
I cannot comment on the CCI order because we are still going through it. But we believe in the principles of FRAND (fair, reasonable and non-discriminatory) when it comes to the terms of licencing out our technology. We invest $5 billion a year towards research and development and believe in sharing our technology to create an ecosystem that promotes greater choice for consumers.

On the other issue [delay in clearance for media gateways]… things get stuck in bureaucracy and that is not good for the country. It slows things down.

As head of Ericsson India, I am pro-India. When I ask the headquarters to invest more resources to grow the business in India, I have to compete with other region heads. Sometimes, I find it difficult to explain things back home.

India doesn’t have enough spectrum and operators will take whatever they can get, whether it is for 3G or 4G. There is a huge latent demand out there that needs to be satisfied. I think 4G should see a lot of traction in India. More than the technology, the differentiating factor between 3G and 4G adoption is a question of affordably priced handsets. We predict that 4G handset prices will fall by 40 to 50 percent over the next 12 months. That will be a key driver for growth.

Tweets by @forbesindia
Style redefined, at home and outside
Email is technology's cockroach which can't be killed: Kevin Maney