Email is technology's cockroach which can't be killed: Kevin Maney 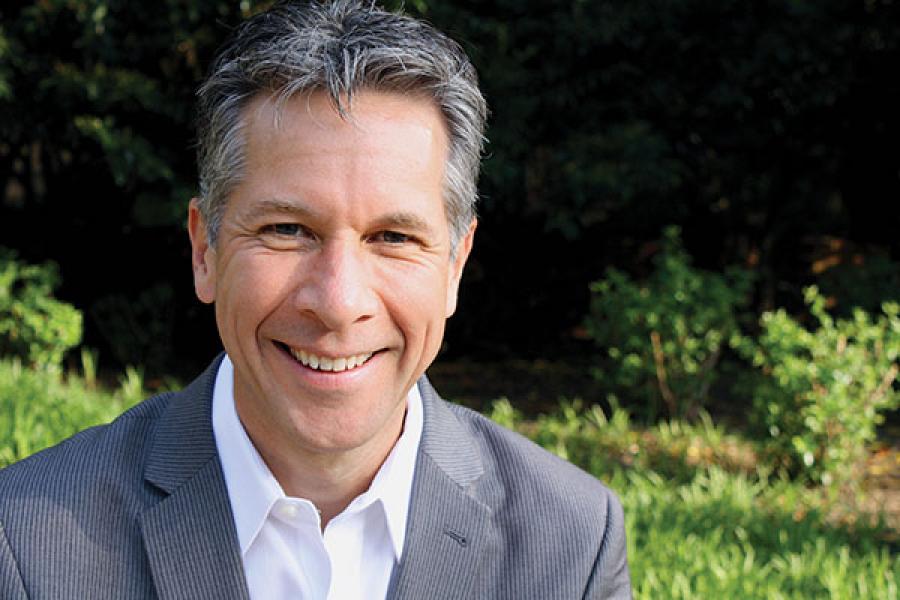 Kevin Maney, who is a technology columnist for Newsweek, thinks Apple needs a huge next act and a watch won’t do the trick. He suggests the Cupertino giant should start thinking about iCars

American journalist Kevin Maney is also a celebrated author who, among other things, writes a weekly technology column for the Newsweek magazine. His last book—The Two-Second Advantage: How We Succeed by Anticipating the Future-Just Enough, co-authored with former TIBCO CEO and founder Vivek Ranadive—made it to The New York Times bestseller list and was even No. 1 on Amazon’s rankings for some time. Maney, who has also authored Trade-Off and The Maverick and His Machine, spoke to Forbes India about the latest trends in technology. Excerpts:

Q. Technology makes many things obsolete. But why has it been unable to kill the email despite Snapchat, Slack, Yik Yak, WhatsApp, Cyber Dust and similar apps, which you describe as the ‘New Frontiers of Communication’?
Email is technology’s cockroach: Everyone hates it, but can’t kill it because it’s the only communication tool since the telephone that is universal. As company walls and national borders break down in cyberspace, email is the only way we can share ideas and digital matter with nearly anyone, anywhere.
So [people from] different age groups and nationalities are latching onto messaging apps, but they don’t talk to one another, or even do the same things. We’ve been tearing down a century-old way of working, centred on the office, but haven’t yet solidified a new way, centred on the smartphone.

Q. Will WhatsApp (and other such apps) kill Facebook? Or will Facebook (given that it owns it) kill WhatsApp first?
Nothing is going to kill Facebook anytime soon. It has a billion users and unbelievably accurate data about them. Banks have started to realise that Facebook profile information is a better indicator of whether someone will repay a loan than a credit score. And marketers are rushing to use Facebook to reach consumers.

Plus, I give Facebook credit for foresight. The world is moving to messaging and smartphones, and away from computer screens. The purchase of WhatsApp and the build-out of Facebook Messenger are aggressive moves to stay ahead of that trend. It doesn’t look like Facebook has any plans to kill WhatsApp.

Q. On a similar note, are there any apps which are likely to give tough competition to Twitter?
Twitter is its own funny, quirky thing—a micro-messaging broadcast network. I don’t think anyone today will set out to build a Twitter, just like nobody would set out to create McDonald’s. But, like McDonald’s, Twitter works for what it’s supposed to be and has an audience that’s not going [to go] away anytime soon. And it’s finally finding ways to make money.

Q. Apple has been at the forefront of technology and its latest innovation is the Apple Watch. Why would a company like Apple want to sell a watch? Is there a market for such an expensive device?
A lot of companies have been trying to make a popular and truly useful electronic watch, so a lot of smart people are convinced that one day, this will be a must-have product. So far, nobody has put all the pieces together. If any company can do that, it’s Apple. Remember, Apple didn’t invent the personal computer, but it created the Macintosh. It didn’t invent the digital music player, smartphone or tablet, but its iPod, iPhone and iPad blew away all the previous products in those [respective] spaces. In each case, Apple assembled the right technology at the right time, designed a product and ecosystem better than anyone else, lined up the best suppliers and distribution channels and created demand with well-tuned marketing and an unmatched elan. The ability to do all the hard-execution stuff, and to do it so well, is why Apple is worth more than any other company now.

Q. What do you think will be the next big product from the Apple stable?
It’s all speculation so far. But Apple needs a huge next act and given its size, a watch won’t do the trick. Apple has more than $178 billion in cash. It could buy Tesla, which is worth around $25 billion, as easily as most of us pick up the tab at a restaurant. The global auto industry is a $1.6-trillion annual market—four times the size of the smartphone industry. If Apple rethinks cars, the way it rethought personal technology, Ford and Toyota will wind up like Tower Records and Nokia, and Apple could make $1 trillion on iCars. 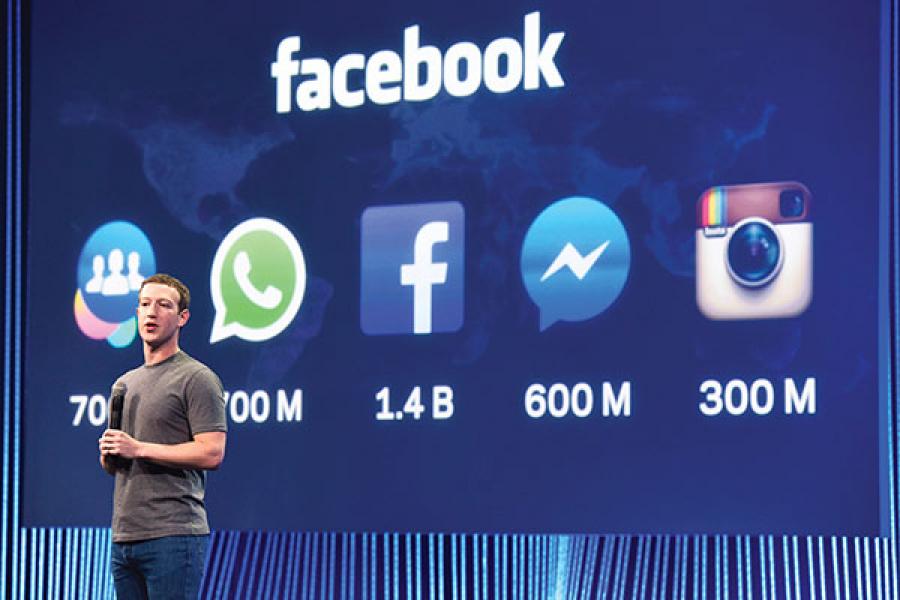 Q. How strong do you see Apple going without Steve Jobs?
Apple is a machine with a huge amount of momentum. CEO Tim Cook seems like an excellent steward of Apple’s momentum. And that momentum might carry Apple through another decade. The real test will come later, when Apple would need to reinvent itself with the kind of boldness that few executives other than Steve Jobs have ever pulled off. It’s all going to fall on Cook’s successor unless, of course, Apple, by then, is already well on its way in cars, and Elon Musk [CEO and chief product architect of Tesla] is at the helm.

Q. In one of your columns in the Newsweek, you write: ‘Patents have turned into a bigger CEO time-waster than golf… Patents kill innovation and hold tech companies back’. Why do you say that?
One study after another has indicated that there is no correlation between patents and success. Nor is it correlated to innovation, increased productivity, stock price or any type of positive outcome. In 2014, IBM received a record 7,534 patents, marking the 22nd straight year it topped the list of most patents by a company. If you look at IBM’s growth or stock price, the correlation with patents isn’t there. Its stock dropped by 14 percent in 2014. IBM does a lot of scientific research that’s very valuable to society, but the patents themselves don’t equal success as a technology company.

In some cases, patents get in the way of technology’s development. Last year, Tesla decided to give away its patents. Elon Musk wrote in a blog post that protecting Tesla’s patents only served to stifle progress in the development of electric cars. He reasoned that if Tesla is the only viable electric car company, electric cars as a category will never catch on. Tesla, in fact, needs successful competitors, even if they copy Tesla.

Q. What is the internet of things?
That’s a big question! But basically it’s the idea that ‘things’—light bulbs, chairs, power tools and so on—will increasingly have a computer chip and the ability to connect to the internet and share data. As more things share more data, we’re going to learn a lot about the world and human behaviour. With luck, it will lead to breakthrough ideas about how to manage cities, grow food or stop epidemics. At a more consumer level, the Apple Watch is an example of a once-dumb item becoming smart and networked. We’re seeing more of that every day.

Q. The first column you wrote in 2015 was headlined ‘Uber is going to eat your children’. What was that about?
Well, the headline went a little over the top. But here’s the idea: Every startup team wants to sprinkle a little Uber dust on itself. Glamsquad, which lets users tap an app to get a hairstylist to do a house call, dubbed itself as a “sort of an Uber for women’s haircuts”. BloomThat calls itself the Uber for flowers. GreenPal’s CEO [Bryan Clayton] described his company as an Uber for lawn care. But Uber’s greater goal is to eventually be the Uber of everything itself. Uber, that started with taxis, could snort up whatever it feels can be ‘Uberised’. That won’t bode well for a lot of these Uber-ish startups.

Q. Robots have always fascinated human beings. Movies and fiction have gone to the extent of showing robots taking over humans. Should we be afraid?
We’re really talking about artificial intelligence (AI) here. Technologies are never inherently good or bad—it’s what we do with them. Progress toward making machines that ‘think’ has become so significant that some of the smartest people are scared of what we might be creating. At the same time, we cannot not develop AI. The modern world is already dependent on it. AI lands jetliners, manages the power grid and improves Google searches. It is pretty much our only hope to manage the challenges we’ve created on this planet, from congested cities to unstable financial markets. We might have to make some choices down the road to keep AI ‘safe’, much as we’ve made choices to keep atomic weapons from being used.

Q. Can you tell us about some exciting startups you have come across recently?
I just interviewed Ray Bradford, CEO of Spruce, which developed an app-based system that lets you see a doctor through your smartphone and get diagnosed. This new application might be the beginning of the end of visits to the doctor. Another startup I’m tracking is RecruitiFi, which could completely change the way headhunting works.

Tweets by @forbesindia
50% of data consumed on mobile will be video by 2020: Chris Houghton
Music: For the love of the road