Music: For the love of the road 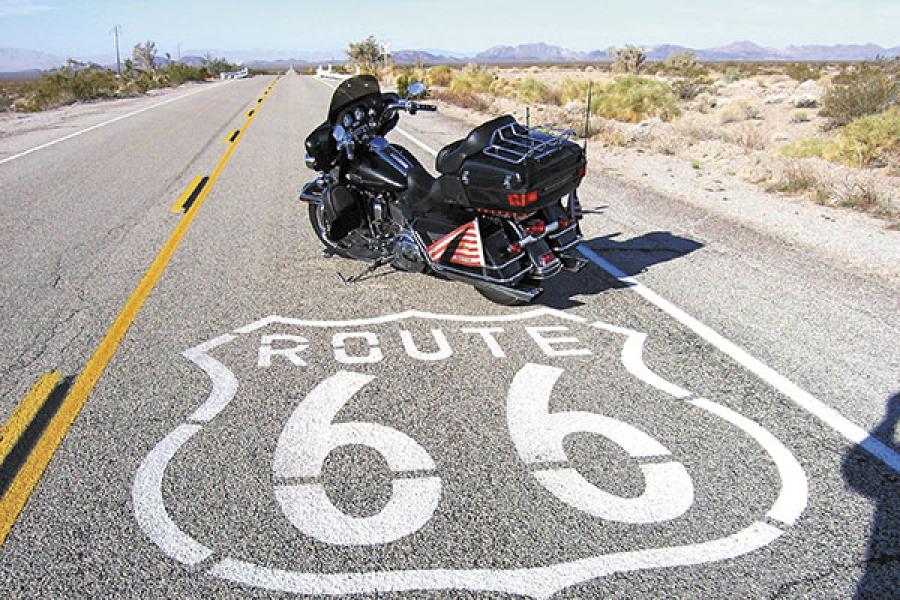 One for the road: Nat King Cole’s ‘(Get Your Kicks On) Route 66’ celebrates one of US’s earliest highways

There’s no feeling like the rush of speeding forward, nose to the wind, pedal to the metal—all the more thrilling if the course is unsure, the way uncharted, the destination of ambiguous familiarity. The sensation is analogous to the act of engaging in and enduring life itself. And whose lives does that fast and reckless action represent more closely than those of musicians—highwaymen and women bearing an artistic skill and an implacable will to keep going, despite the odds and the sods determined to throw a wrench in the engine?

Rock ’n’ roll bands have long romanced the road: India’s longest highway may have recently become synonymous among urban young ’uns with the country’s largest indie music festival, the NH7 Weekender, but the roadway as a metaphor for freedom and anti-establishment adventurism was born in the USA a long time ago. In 1946, Nat King Cole recorded ‘(Get Your Kicks On) Route 66’, which celebrated one of that country’s earliest highways. Though the song has been covered by as motley a crew as Aerosmith, John Mayer, Depeche Mode and Scatman John, its permanency exists only in tune. The roadway has since been truncated, with just a portion of the original path demarcated as the ‘Historic Route 66’. Americans sure know how to lure with lore.

Immortality was also given to the roadway that ran from Bob Dylan’s mid-western hometown, Duluth, Minnesota.

The milestones of Highway 61 Revisited, Dylan’s landmark 1965 recording, were not just the hits it contained, but the fact that he employed rock musicians for the first time in his otherwise acoustic-folk existence. But if you’re going to write about roads, or being on the road, you’re going to write about cars, too. They are still, after all, every American’s favourite machine, say what you will about guns, iPhones and PSPs. 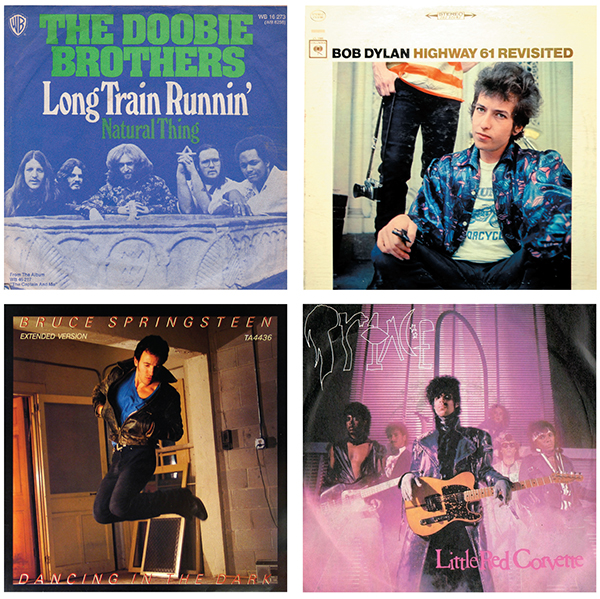 
Although Janis Joplin’s ‘Mercedes Benz’ was less about the car and more about desire, making the German automobile the title of the song gave it a perpetuity its makers could never have dreamed of. ‘Maserati GT (I Ain’t Got You)’, Blue Öyster Cult’s riffed out version of the Yardbirds song (simply called ‘I Ain’t Got You’), may not have had the Joplin classic’s lasting power, but it found barroom ubiquity for a long stretch through the mid-’70s. Bruce Springsteen brought it back to the USA in 1984, when he channelled his desire for gal and car in ‘Pink Cadillac’, stating that his love was, “bigger than a Honda… bigger than a Subaru”.

The one man who could probably make love comfortably in the backseat of a Tata Nano, Prince, sang of putting the brakes on a girl he described as a ‘Little Red Corvette’, threatening to “tame [her] little red love machine”. What’s far from tame, however, is ‘Black Sunshine’, White Zombie’s rage about his machine, a 400-hp Ford Mustang.

But it’s not just about cars. Long before Gary Lawyer sang about riding down the highway in ‘Mother Nature and Me’, in 1987, Arlo Guthrie had released the silly ditty, ‘The Motorcycle Song’ and Neil Young had sung about a ‘Motorcycle Mama’. But the song that’s become the default motorbike anthem is ‘Born to Be Wild’. The cliché is so worn that if you rent a Harley-Davidson anywhere in North America, the attendant won’t let you drive off the lot before he’s revved the engine to the Steppenwolf song blaring on its exposed speakers.

Before the US’s highway system was devised, people travelled on railroad tracks. The blues drew from the glory and the pain that trains epitomised—runaways, tramps, fugitives and lost lovers. Muddy Waters’ ‘All Aboard’, in which he bemoans “Mean old Frisco, take my babe away”, begins with a harmonica that toots just like a train whistle about to leave the station. The Doobie Brothers used the choo-choo as a trope for love in their 1973 Billboard Top 10 hit, ‘Long Train Running’ (which is still running, albeit via a rather abominable dance version that Bombay bars play). But the train wasn’t always about cross-country loss. The Who’s 5:15 employed the London metro system as a backdrop for young frustration in their magnificent rock opera Quadrophenia.

More musicians have their heads in the clouds than on the ground, it’s alleged. And it’s not always about being free as a bird. The Red Hot Chili Peppers loop the claim to like their “pleasure spiked with pain” on ‘Aeroplane’, from their insanely funky album Blood Sugar Sex Magik. Tom Petty takes to the sky with ‘Learning to Fly’ from Into the Great Wide Open, and ‘Free Fallin’ from Full Moon Fever. And Incubus soar to metaphorical heights, using a hot air balloon as a device for the end of a relationship in ‘Isadore’, from their excellent comfort-zone-departing album If Not Now, When?

Whatever you choose to make the journey, ex-Men At Work frontman Colin Hay says it best: “Doesn’t it feel good to be alive / When you’re going somewhere.”


The author is the lead singer of Indus Creed

Tweets by @forbesindia
Email is technology's cockroach which can't be killed: Kevin Maney
Anatomy of an e-Leader