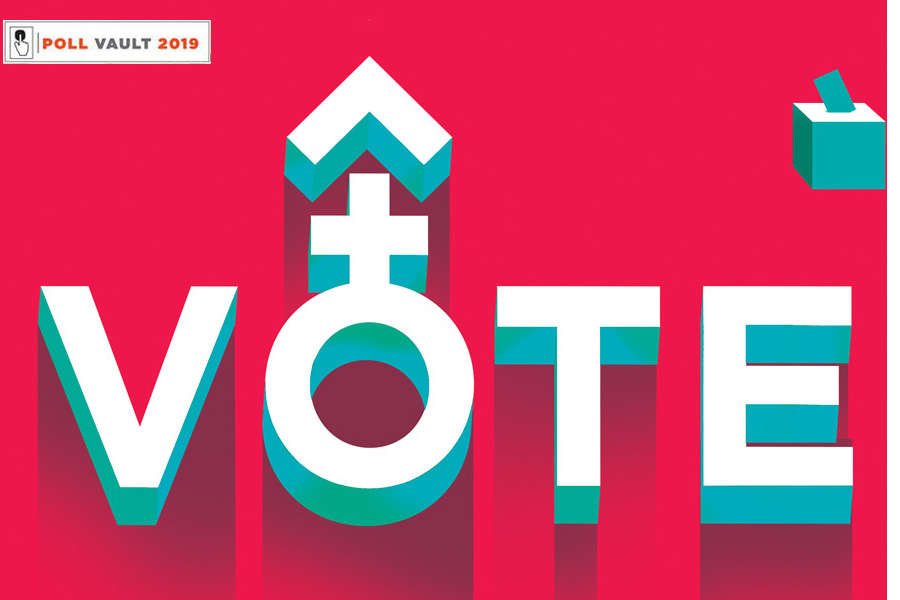 How are things when it comes to women voters? Prannoy Roy and Dorab R Sopariwala study this issue in detail in their book, The Verdict—Decoding India’s Elections. The voter turnout of women in the 1962 elections was 46.7 percent. By 2014, it increased to 65.5 percent. But there is more to this.

Voter turnout among women has always been lower than the overall turnout. But in 2014, this difference was at its lowest level: Overall voter turnout was 66.4 percent, while women voter turnout was 65.5 percent. In 2014, other than a greater proportion of women voting, there was a huge increase in the total number of women voting as well. In 2009, around 19.1 crore women had voted, while in 2014 this number rose by an unprecedented 7 crore (almost).

One way of testing this theory is to look at a few large assembly elections between 2014 and 2019. In Bihar, the state with the lowest per capita income, in 2010, women voter turnout was 54.49 percent; in 2015 it was 60.54 percent. In both years, the turnout of women was more than the overall voter turnout of 52.73 percent and 56.91 percent, respectively. A possible explanation for this lies in the fact that the number of women eligible to vote in Bihar went up by 48.3 lakh.

The 2017 assembly election in Uttar Pradesh shows a similar trend. The turnout of women was 63.31 percent in 2017, against 60.28 percent in 2012. The overall turnout had stood at 61.24 percent and 59.52 percent, respectively. This could possibly be because many men in these states migrate to other states for work. It may not be possible for them to come back and cast their vote.

It would be interesting to see what the women voter turnout will be in this election, which has nearly 43.13 crore women voters. In the 2014 Lok Sabha elections, the women’s turnout rate was 65.5 percent against the overall rate of 66.4 percent; the turnout rate among men was 67 percent. A look at the assembly elections since 2014 shows a greater proportion of women voting than men. It’s possible something similar might happen in this Lok Sabha elections.

So how will this impact political parties? Roy and Sopariwala write: “The BJP has had a higher support base amongst men than women. For example, in the 2014 Lok Sabha elections, the lead of the NDA over the UPA amongst men in India was 19 percent while its lead amongst women voters was 9 percent (based on our opinion polls and exit polls).”

This male-centric support is even more pronounced in states in central, north and western India. The difference in support can be made out from the following calculation. If only women had voted in 2014, the NDA would have ended up with 265 seats, 71 less than what it won. If only men had voted, the NDA would have won 376 seats. The Narendra Modi government has tried to tackle this through programmes like Pradhan Mantri Ujjwala Yojana to some extent.

As Roy and Sopariwala write: “The 4.5 percent of missing women translates into as many as 21 million women who are denied their constitutional right to vote simply because their names are not registered in voter lists around the country.”