Sangeet Paul Choudary, founder and CEO of Platform Thinking Labs, says the platform model is an opportunity the networked world has presented. But traditional Indian companies are yet to warm up to it 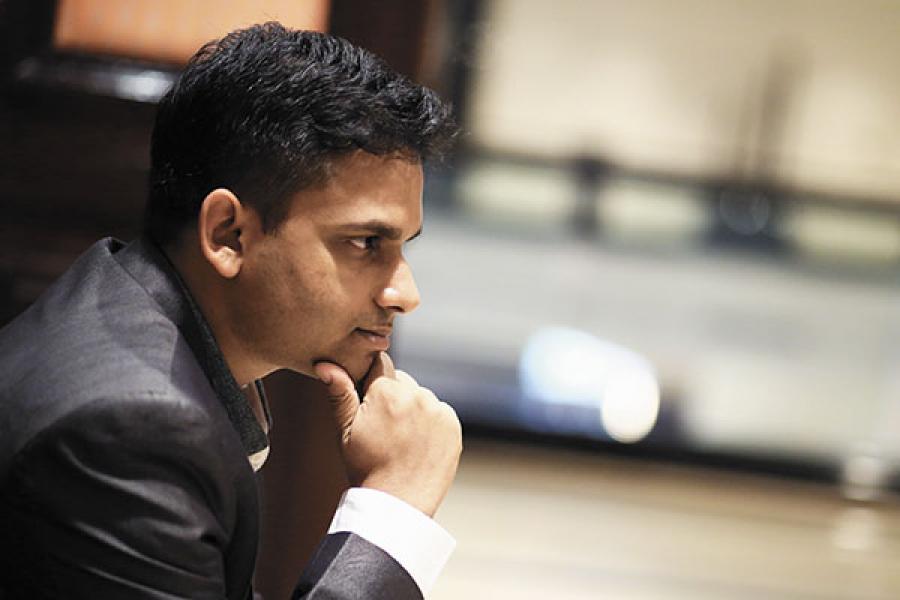 Uber, the world’s largest taxi service provider, does not own a single cab. Apple sells iPhones, but does not create any of the apps. Airbnb, the world’s largest accommodation provider, does not own any real estate. Technology is changing the way business is done and throwing up new models. A platform-based approach to business is one such model that is increasingly being accepted across the world and is fast making the traditional ‘pipeline’ model look insufficient. Sangeet Paul Choudary, founder and CEO, Platform Thinking Labs, who was selected among the ‘Top 30 business thinkers globally most likely to shape the future’ by Thinkers50 speaks to Forbes India about the platform approach, how it helps businesses and the pitfalls to avoid while making the transformation. Edited excerpts:

Q. Why is the world adopting a platform-based approach to business?
To answer your question, I would first like to define the platform model. Traditionally, what we have had is a pipeline-based approach where you create something and push it out and things move in a straight line. What is unique about this approach is that you own all the production and there is someone at the end of the pipe who accepts everything coming out of it. What happens in a platform model is that you may own some part of the production, but you don’t assume that to be the entire value that needs to be produced and given to the customer. There are different types of platforms. Uber, for instance, does not own anything and just ensures it gets all of the cars on board in real time to solve consumers’ problems. There are platforms like Apple which will own the phone, but not the apps that will customise the phone. It will ensure that an ecosystem of app creators come on board. The platform model is an opportunity that a networked world has presented.

Q. What else is driving this change?
Quite a few things. The internet is one, but even the idea of the internet has changed over time. Initially, the internet was just a place to create content—a web of pages. Then post-Facebook, it has become a web of people—a place where people have a real identity. And post-smartphones, it has become a part of you. So, how we are connected and the fact that we can participate as real people on the internet has led to new business models. Uber and Airbnb would not have happened without real identity coming into the picture or without the smartphone or digitisation of your real world location. Digitisation, that way, is the key driver.

Q. What has the adoption of the platform model been like in recent years?
There are two kinds of ways in which platforms are coming up: From the startup side—Uber, Airbnb or Facebook. And there are those coming from the legacy business side, which is a pipeline model and a platform needs to be built around it. Here, the platform will create a higher engagement, first to improve the consumption of products and services and, over time, create a larger value from the ecosystem. Over the last 10 years, we have seen many examples of the first kind.

Q. What about legacy businesses trying to embrace the platform model?
Very few legacy companies have made the shift from a pipeline to a platform model. In the last few years, we have seen Nike, Burberry, John Deere and McCormick becoming platforms. Very often, when we work with companies that are making the transition from a pipeline model to a platform one, the critical element is how to create a roadmap that helps us solve the short-term business case and also helps us take the right direction for a longer-term ecosystem. Otherwise, in this world of quarter-to-quarter results, the concept will not fly.

Q. What are the attributes of a versatile platform that can scale up fast and deal with technological obsolescence?
The goal of a platform is to scale value. And to do that, it is important for the platform to be open. This is where many traditional companies go wrong as they are scared of the word ‘open’. They have thrived on the basis of closed control. But not everything needs to be opened up. To monetise effectively, you need to have control of critical elements of your business. When Android was launched, it was an open source software and then Google realised that Samsung and Amazon were coming and creating their own versions of it. At that point, Google realised that open source platforms are good for the world but not for the business. It separated the operating system and reinstated control over Android by taking out critical systems like Maps and user data and re-branded that as Google Play. Creating that point of control is one of the most important things in building a versatile platform. The next aspect is that when a platform is monetised, the network effect should not be killed. It is because of this that startups today go to the other extreme and say we will not monetise at all. Technological obsolescence can be handled by building a thin layer of technology, like how Uber has done, on top of a technology stack that has already been created by third parties.

Q. How are Indian companies embracing the platform model?
In India, the health care and FMCG space offer huge opportunities. We are already seeing Apollo Hospitals moving in the direction of telemedicine. Marico, in the FMCG space, has declared that it wants to go in that direction. There is a lot that can happen in the infrastructure space. For instance, new airports are coming up and existing ones are being rebuilt. A connected airport offers immense value to a traveller. In banking, a lot can be done using a platform model. But we are yet to see big successes in the platform model in India.