'Vistara will create demand where there is none today'

Phee Teik Yeoh, CEO of Tata SIA Airlines Ltd, is optimistic about Vistara's imminent launch. He talks to Forbes India about how the airline hopes to avoid the pitfalls that competitors are struggling to deal with 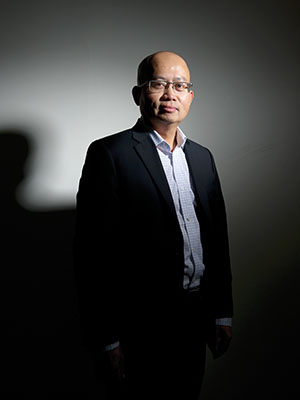 There’s a lot riding on Phee Teik Yeoh’s shoulders. The 46-year-old CEO of Tata SIA Airlines Ltd has to prove naysayers wrong. He has to show that an airline will not plummet into the red, an all-too-common trend in the Indian aviation sector. He came to India a year ago, set up an office in Gurgaon, indulged in his long-time love of Indian food, and threw himself into preparations for the launch of Vistara, the first full-service airline to start operations in India after nearly 10 years.

The carrier is a joint venture between two reputed global brands—the Tata Group and Singapore Airlines. Vistara, which was expected to become operational in October this year, is still waiting for government clearance, but the launch is imminent, says Phee Teik, a career Singapore Airlines executive and also a Singaporean.

In a telephonic conversation with Forbes India, he talks about his plans to apply his global experience to establish Vistara in a marketplace that has, in recent years, become a graveyard for several airlines. Excerpts from the interview:

Q. You were hoping to launch by the end of 2014. How long before you have the all-clear to take off?
For any startup airline, there are a series of approvals that are required. We are working hard and fast, and have complied with all the requirements. The Air Operators Permit is the final clearance needed after which we will have the licence to begin operations. It should happen anytime now.

With two Airbus A320 aircraft in India, we are operationally ready. It’s been a long journey, but we have had time to prepare. We would like to live up to our brand promise, which is to bring the joy back into flying. The wait has been worthwhile.

Q. Your last posting was as general manager of Singapore Airlines in the UK, which is among the most competitive airline markets in the world. Are there any learnings from that stint that you hope to use here?
Like India, the UK is a very competitive market. The challenge was to be creative and to make sure we got a share of the mind. Emirates was the big boy in the UK, with huge marketing power. It owned a football stadium. In comparison, we were nobody. Emirates (at the time) had 20 daily flights from various points within the UK, while we had just Manchester and London.

Our challenge was to come up with effective campaigns that showcased our product. We were able to make creative partnerships, for example, with Tourism Australia and Disney Channel, to make ourselves heard. When you are up against stronger players, you have to think creatively to get a greater bang for your buck. We had to get market share with a smaller budget.

For about 17 to 18 years, Singapore Airlines was stuck with only three daily flights to London’s Heathrow Airport. The airport is maxed out; slots are coveted by everyone and are tough to get. But when an opportunity arose, we seized it and, after a lot of negotiations, we were able to increase the frequency to four flights a day. Also, we went for an early market share grab, selling in September-October for travel up to June next year.

India is also a very price-sensitive market. We have some ideas on what we can do to stay on top of competition. We have to work with cost-effective channels, but without compromising on share of voice (brand recall and marketing initiatives).

Every country presents a unique opportunity and challenge. Nothing is impossible if you have a good team.

Q. Can you be profitable in India? Isn’t there already more capacity than demand here?
Demand is often a function of pricing. A large number of people in India now have higher disposable incomes; there is more mobility. I feel that demand is something that can be stimulated. Capacity is a function of how much every airline has committed to (when it orders its aircraft). But I don’t believe that demand grows in a straight line. The Indian aviation market is at the cusp of change: It is difficult to predict how fast the growth will be. You talk of demand versus capacity curve. That is impossible to predict, but the demand curve will change. Vistara will create demand where there is none today. We are determined to address the pain points and latent needs of air-travellers in India. There is an unfulfilled need and we will fill that gap.

Q. What is this unfulfilled need that you talk about? You’ve spoken of market research. What does it show?
Our consumer surveys showed us that Indian travellers are subject to three types of emotional vulnerability when they fly. The first is a feeling of dependence and a sense of loss of control. They feel dependent on the airline and on the airport for those three-four hours. This leads to a feeling of helplessness. Second, they often feel anxiety when they enter an airport, as if they are entering a zone of ambiguity. Last, but not the least, we found that passengers feel they have lost their individuality. They are treated like a number, like a bum on the seat, not a person.

We aim to change this. We would want them to feel less dependent and anxious, and we will treat our customers as individuals. This is a gap that Vistara will fill. We aim to make travel not a transactional, but a personalised experience. This starts not at the check-in counter, but when passengers first call or book with us. We will use a combination of technology and partnerships with airports to make travel a delightful experience. Delhi is our first hub, and we are working with Dial (Delhi International Airport Ltd) to transform passengers’ experience.

Q. How important are international operations to Vistara’s profitability? Union Civil Aviation Minister Ashok Gajapathi Raju has spoken of scrapping the 5/20 rule, which requires domestic airlines to complete five years and have a fleet of at least 20 planes before they are allowed to fly overseas.
We are obviously aware of the rule and have planned Vistara to start as a domestic airline. We are hopeful that the 5/20 rule will go. The writing is on the wall: The government may soon announce a change in this rule. We would like to fly internationally, whenever that happens. The draft civil aviation policy speaks of developing six major airports into international hubs. Singapore Airlines has used the hub concept very well over the years. Unlike India, Singapore has a very small population and we had to go beyond the home base. Even for flights from China to Australia, we had to promote Singapore as a choice stopover. They had to make it so compelling that passengers preferred that option.

You have to keep thinking ahead about what the changing customer wants. With better technology today, people can fly farther and faster. The hub concept is under threat. Yet, through better partnerships with airports and the government, it is possible to create an attractive hub. We aim to position Delhi as a choice hub.

Q. You are known to be quite an Indophile. How has your India experience been so far?
I liked India long before I even dreamt that I would end up here. I would go looking for Indian food in Singapore, Los Angeles and London during my stints there. I used to play field hockey at the university level. The game, as you would know, is very popular with Punjabis, and I played with many Sikh friends. I loved Indian food from that time. Earlier, my exposure was mostly to South Indian food, but now I get to try different Indian cuisines. I have to be conscious that I don’t eat too much. My experience in India has been very good. There is a pro-business government and many progressive steps are being taken. There cannot be a better time to launch an airline.

Correction: This article has been updated with a correction: The 5/20 rule requires domestic airlines to complete 5 years and have a fleet of at least 20 planes before they are allowed to fly.

Tweets by @forbesindia
Real Estate: Why India can build hope
Rakesh Jhunjhunwala: Nifty could reach 1,25,000 by 2030