Freedom to Drink: Why Alcohol Should Not be Prohibited 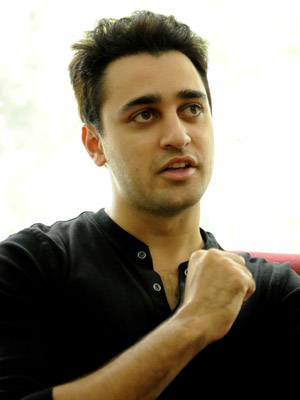 Image: Getty Images
In Maharashtra, we are living under the Bombay Prohibition Act of 1949, which was never repealed

In September of 2011, I filed a PIL challenging the Maharashtra government’s ruling to raise the legal age limit for consuming alcohol from 21 to 25. It was something that everyone was talking about at the time and for the wrong reasons. It wasn’t about alcohol. It was always about civil liberties.

As a person who was not specifically informed, I was just reading the papers at a superficial level. I said, this is part of the Maharashtra government’s alcohol de-addiction policy. The intention of alcohol de-addiction is sound—alcohol is dangerous; I’ve lost friends to drunk driving and had family members struggle with alcohol addiction—but the method that they were choosing was incorrect. What they were doing is taking away people’s right to choose.

The parallel that I was drawing, just as an ordinary citizen, was this: If I choose to start protecting women from being raped—which is a huge problem we have—I cannot tell women how to dress in order to protect them. My intention may be correct. But we need to make things safer for women, not tell them to cover up. If we have a population problem, we cannot tell our citizens how many children to have or start sterilising people, no matter how good the end result may be.

In a democracy, if you feel that alcohol is bad, in the way that drugs like heroin and cocaine are bad, then ban it. But when you allow alcohol—and tax it heavily—and then say, You’re 18, you can marry, have children, enter a legal contract, go to war to protect your country, be sentenced to death for a crime, but you can’t handle a drink, then it’s ludicrous.

In Maharashtra, we are living under the Bombay Prohibition Act of 1949, which was never repealed. The loophole is the alcohol permit (which states that you’re an alcoholic and need alcohol to survive). Ten years ago, nobody cared about alcohol permits, the rule was not enforced. Now in 2005, 2006, the Maharashtra government passed a legislation raising the legal age to 25. But nobody got the memo; bars, restaurants, police, media, citizens, nobody was aware of it. In 2011, the Maharashtra state government proposed to pass a legislation to raise the legal drinking age to 25. They were proposing to pass a legislation that was already passed five years ago!

The police were enforcing a proposal which, as far as they knew, wasn’t a law yet. They started raiding restaurants, clubs, bars; and people’s homes. There was this really hilarious story. There was a sweet little old lady who used to make chocolates. These guys stormed in, literally kicked the door down like jack-booted warriors, and took her to jail for making chocolates with rum fondants!

Law and order in India is a very loose phrase, a fluid concept. Sure, we must look at it from the other side—our cops are woefully underequipped, undertrained, underpaid, using bamboo shields and World War II era rifles; what’s in it for them?—but this is a police-state acting beyond its authority.

Essentially, they were putting forth legislation to bring back prohibition. Historically, that has never worked. Prohibition leads to an increase in risky alcohol consumption; instead of sitting down casually and having a beer, you sneak into a back alley, buy a quart of rum, knock it back and run home. That is risky drinking behaviour and does not lead to a decrease in alcohol consumption. Instead you create a new class of criminals, bootleggers, and they—and their customers—will now be tempted to slip the police a bribe if they are caught. What have we achieved? We’ve lost revenue, increased risky drinking behaviour, increased corruption and increased criminality. 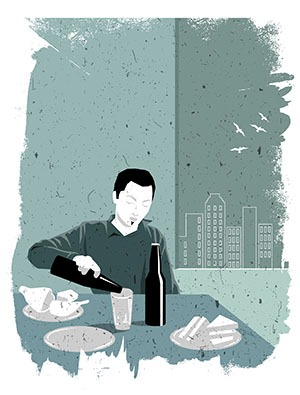 So what led to all these outdated, illogical rulings, and similar things in places like Bangalore? It appears to be smaller, local political parties drumming up publicity and visibility by targeting an unpopular class of people.

Their contention is that ‘young rich people’ like to party, drink and they get addicted to alcohol; this is the problem and this is our solution. When they court poorer masses, they demonise these ‘rich partygoers’, who are ‘amoral’, women who dress ‘provocatively and drink’. I can say that I’m an adult, I can go out and have a drink. Although it’s legal, from a moral standpoint it’s not a high ground. It’s not a position that you can easily defend, saying, ‘I have a right to party.’ When you try, the way they will counter it is: The government is trying to stop people from drinking and you are trying to encourage people to drink and obviously you are wrong.

It’s very easy to sell this image of irresponsible rich kids getting drunk, getting into fancy cars and killing people, but they are isolated incidents. Statistics show it is not a problem of the young rich. Alcoholics tend to be older and from middle- to lower-middle class backgrounds.

We are a hypocritical country in many ways and I fear that a major part of that is because of politicians who speak for the entire nation. The idea that someone else’s religious or moral beliefs should dictate behaviour to me is something I am not able to wrap my head around. I have always been extremely alarmed by anyone who claims to speak for a group of people on behalf of India. And it is always one guy who is speaking for the country, saying this goes against Indian culture.

It’s not about the alcohol; that is just indicative. It’s a slippery slope; you allow this to happen and god knows what else will follow. You’ll already have people in power, in office, in politics, standing up in front of the nation they are representing and openly voicing bigoted views. Next, in a small town somewhere, someone might pop up and say, Maybe it’s not right for women to show anything above the knee, just to be safe. And, from a moral standpoint, they’re trying to protect women. If a woman stands up to protest? You want to show your skin? You’re a slut!

The point is that the position that you’re defending is not sympathetic but it is correct. It is a civil liberty, it is a right in a democracy.

We are looking at gross civil liberties violations in this country, liberties which are being taken away at an alarming rate. Our bureaucracy, politicians and people in power have reached comic-book levels of villainy. They’re literally moustache twirling would-be rapists. They are trying to slide in and say, How much leeway will these people give us? What if I take away their right to this? To that? How villainous can I be before they actually strike back? It’s come to a point where you ask, ‘Are you really this evil?’ I think we are five to 10 years away from a Turkey-style rebellion with bloodshed on the streets.

(As told to Peter Griffin and Shravan Bhat)