Parents and students spend vast amounts of time and money trying to find a school that is the right fit academically and socially. They’d be wise to pay more attention to colleges’ financial health 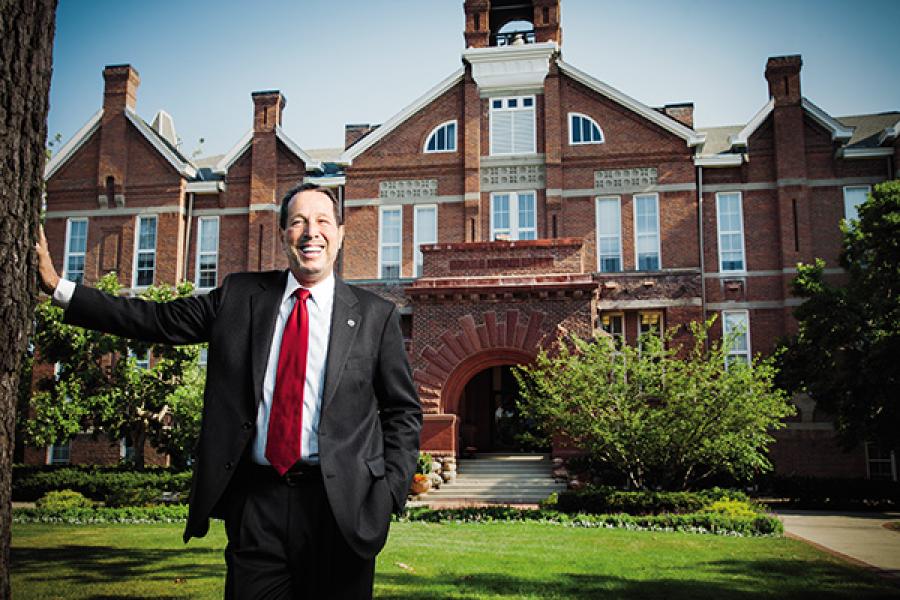 In late June, nearly two months after most incoming freshmen had sent in their deposit cheques securing places at hundreds of colleges across America, Long Island University’s Post campus, nestled in the wealthy New York City suburb of Brookville, New York, was testing a new approach in its efforts to ﬁll up the 250 or so empty seats it had in its class of 2017.

The week of June 24 was ‘Express Decision Week’ at LIU. High school seniors were invited to walk into Post’s Mullarkey Hall any time from 9 am to 7 pm, transcript, SAT scores and personal statement in hand, and LIU’s admissions officers promised to make an acceptance decision on the spot. All application fees would be waived, and registration for fall classes would be immediate. An identical event was being held simultaneously at LIU’s Brooklyn campus.

Post’s aggressive marketing ploy is eerily reminiscent of the on-the-spot low-doc-mortgage approvals that occurred during the heady days leading up to the housing crisis. But the product here is a bit less tangible than a loan that secures a house. These admissions officers are selling the promise of a better life through post-secondary-school learning.

If LIU sounds a bit desperate, it is. From a ﬁnancial standpoint LIU is suffering from a host of ills common to hundreds of colleges today. According to the most recent ﬁnancial data, LIU has supplied to the Department of Education, its Post campus has been running at an operating deﬁcit for three years. Its core expenses, or those essential for education activities, have been greater than its core revenues. Like many other schools, Post is a tuition junkie, with nearly 90 percent of its core annual revenues derived from tuition and fees.

This year Post raised its tuition and fees by 3.5 percent to $34,005, yet it offers steep tuition discounts to nearly every incoming freshman. In fact, a quick click over to its website shows the deals available. If your kid is an A student with an SAT score of about 1300 out of 1600, expect at least a $20,000 rebate per year.

This seeming paradox of raising prices while simultaneously offering deep discounts is a way of life among middling and lower quality colleges in the market for higher education. It’s a symptom of a deeply troubled system where the cachet of elite institutions like Harvard and Yale has led thousands of non-elite schools to employ a strategy where higher prices and deeper discounts are more effective than cutting prices and tightening discounts. According to the National Association of College & University Business Ofﬁcers, the so-called tuition discount rate has risen for the sixth straight year and is now averaging 45 percent. In some ways colleges oper- ate like prestige-seeking liquor brands. In other ways they are more like Macy’s offering regular sales days, only quietly.

LIU’s Post campus has a puny endowment of $43 million, or about $6,000 per each of its 7,000 enrolled students. (That compares to $2 million per student at Princeton.) Its admissions yield was last reported to be 17 percent—meaning fewer than two out of every 10 high school seniors it accepts choose to attend.

Of course, LIU’s precarious ﬁnancial position says little about the quality of the education it offers—LIU doesn’t rank among Forbes Top Colleges but tends to fare well in rankings of regional schools. However, judged as an ongoing business, Long Island University would appear to be severely troubled, struggling year to year to pay its bills. Indeed, LIU recently hired a new president who is restructuring its operations.

According to Forbes’s new Financial Grades, which analyses the balance sheets and operational strength of private not-for-proﬁt colleges, Long Island University’s Post campus gets a grade of D.