India Inc's tryst with Bollywood: How corporates are changing the scene

The goldmine of the future is content. And that is where the titans are weighing in with their might 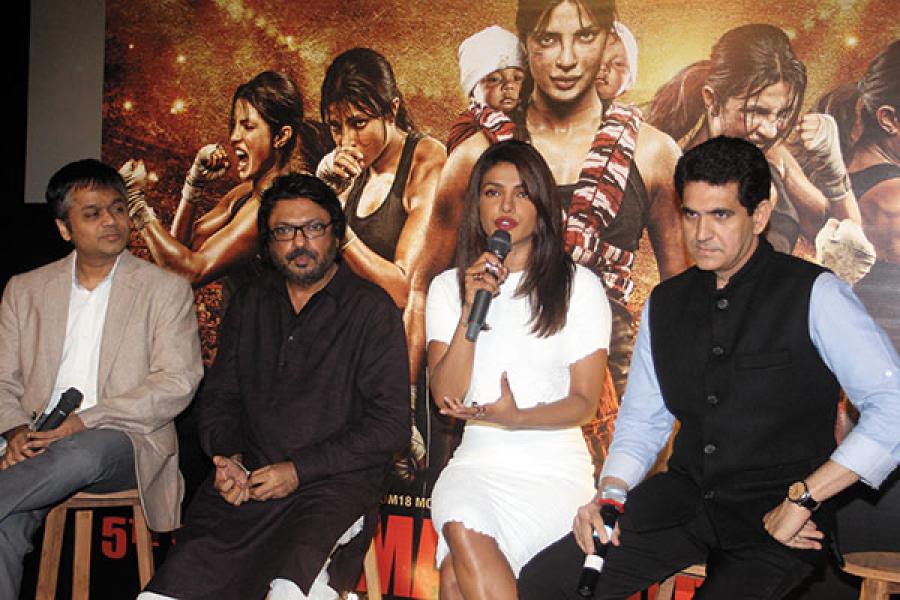 The past few years have seen a quiet but steady change in the way the Indian entertainment industry is being written and talked about. Box office collections of movies were never common knowledge. But films like Aamir Khan’s PK have grossed over Rs 600 crore globally, surpassing the whopping Rs 530 crore collections of Dhoom:3 and Shah Rukh Khan’s Happy New Year which earned over Rs 370 crore worldwide. Bollywood has moved from Page 3 to the business pages. Just a year ago, the Holy Grail every filmmaker was chasing was the Rs 100-crore mark. The stakes are rising higher with every blockbuster now, and the new benchmark is the Rs 200-crore club.

For a film industry that celebrated its century last year, this was a befitting tribute. Now here’s what makes the trajectory of our cinema interesting—while the effects of the Industrial Revolution and a manufacturing economy might have reached Indian shores only after the colonial masters departed, the history of films in India begins at almost the same period as the West. The 1920s and 1930s marked the entry of major film studios like Warner Bros, MGM and the likes into India almost simultaneous with their foundation in the US. In fact, Mumbai’s iconic Eros theatre building has housed the Warner Bros India office since the mid-1930s to date.

Indian filmmakers, too, followed the trend, setting up studios that went on to become big names: Bombay Talkies, Wadia Movietone, Kamalistan, Filmistan and RK Studios to name a few. But the main difference was that while Western studios were eventually to be run as professional entities, Indian studios were born out of creative geniuses like V Shantaram, Raj Kapoor, Bimal Roy, Kamal Amrohi and Mehboob Khan and the future of their studios were intrinsically linked to the fortunes of their owners.

Curiously, the trend stuck for a long time. Many decades later, India’s top conglomerates—Tata, Aditya Birla, Mahindra—the shining stars of India Inc, organisations with stellar leadership, flush with funds and a magnet for attracting the best talent, also jumped into the movie making bandwagon. Unfortunately, none of them managed to break into the citadel of top production houses in India. The big nail in the coffin came in the form of superstar Amitabh Bachchan’s ABCL, a concept in corporatising films that failed to flourish even with the biggest possible brand to back it up. 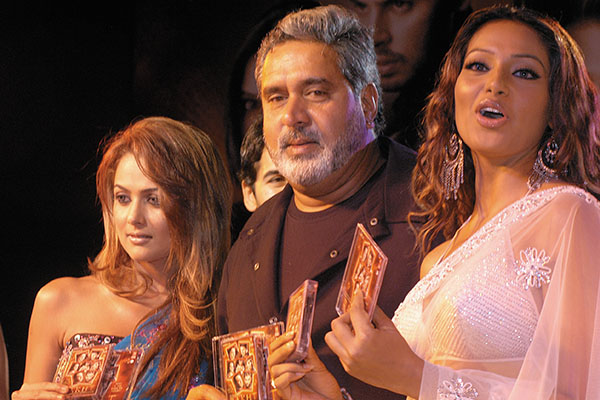 Image: Kedar Nene / Fotocorp
Actors Amrita Arora and Bipasha Basu with Vijay Mallya during the music launch of Rakht in 2004

Despite an ensemble of top stars, Tata Infomedia’s Aetbaar starring Amitabh Bachchan, Bipasha Basu and John Abraham was a box office dud. Shortly thereafter, Vijay Mallya’s UB Group co-produced Rakht which did average business. Mahindra Group’s Mumbai Mantra has produced the critically acclaimed Bengali movie Shukno Lanka and the National Film Award-winner Antaheen. Other major industrialists too could not resist the temptation of the limelight—Kishore Biyani produced Na Tum Jaano Na Hum, Vijaypat Singhania produced Woh Tera Naam Tha but both sank without a trace. How did the sharp business acumen and the intellectual prowess of these powerful tycoons fail to understand the mood of the box office?

I have watched the movie production business from very close quarters. At Saregama, we turned producers too with Bada Din, Godmother, Karma Confessions and Holi, Chain Kulii Ki Main Kulii, Jhootha Hi Sahi. None of them worked at the box office. In 2012, curtains were drawn on the movie arm of Saregama. 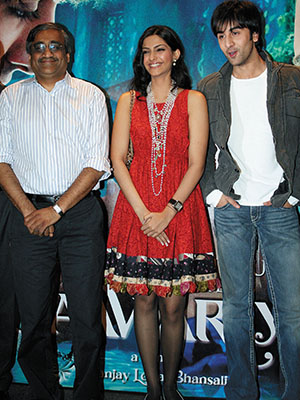 
Clearly, the challenges are myriad. Firstly, it is a relationship-based business driven by the producer and director, and understanding of the ways of the market is a key know-how. You have to eat, drink and sleep cinema, typically not the competency of the suit-and-tie-wearing corporate executive. How does one align head honchos of companies that have made their way through manufacturing or even service sectors crunching tangible numbers and market research, business plans and scenario analyses to switch to gut instinct? What a Karan Johar or a Raju Hirani thinks of a script is more important than all the MBAs dissecting a business model. Conventional industry has a self-sustainable model. In the film business, at the end of a movie project, no real asset remains on the balance sheet except minor surplus. Thirdly, it is about dealing with mavericks where contracts are one thing, but egos and moods need careful management. Lastly, the market itself is not big enough to make it a major pie for the corporate sector. To add to it, earlier the underworld was involved, bringing with it associated risks; financing was not transparent and there was no silver bullet for success.

Consider this: A sum of money invested in another glamorous business—airlines, for instance—allows a fairly tangible risk assessment. Considering that the operations are well managed, as long as one builds infrastructure and hires right, offers competitive pricing, routes and so on, it should do well. On the other hand, in the movie business, even films with top of the line stars, wonderful scripts and high-visibility promotions end up tanking. Besharam headlining young favourite Ranbir Kapoor struggled to recoup costs whereas Fox Star Studios’s blockbuster Bang Bang! followed the masala entertainment formula to a T and emerged victorious. How does one explain this? A corporate house would generally steer clear of displaying such a voracious appetite for risk.

A turning point came around 10 years ago when the movie business was recognised as an industry. Even though movie financing remains a challenge to this day, over this period, several foreign companies such as Disney, Fox, Viacom and Sony have picked up stakes in domestic film companies and begun producing local content. Even so, these are all companies with media entertainment as their core competencies. One would struggle to find a non-entertainment corporate house in their midst.

The goldmine of the future, however, is content. And that is where the titans are weighing in with their might. In 2009, Anil Ambani’s Reliance Entertainment inked a $525-million deal with Hollywood honcho Steven Spielberg as an equal partner in DreamWorks. Mahindra Group has now invested in the recently-launched historical entertainment television channel, EPIC.

Having said this, industrialists involved in the film and entertainment business are those who have a great degree of personal passion. The reticence from other businessmen stems from the traditional notion of movie business as turbid and ad-hoc. Not everybody has the imagination or gumption over a script like a Ronnie Screwvala or Aditya Chopra. Today’s movie business is as much a game of marketing and distribution muscle as content. Corporates will march in the day it is not a niche opportunity and when young boys and girls in South Korea and China wait for Salman Khan’s next release, trumping language barriers over star appeal. And the trends are changing every day. Not only commercial potboilers like PK, Kick and Singham Returns rule the roost, but also biopics like Bhaag Milkha Bhaag and Mary Kom are finding audience interest. Till such time as a surer answer emerges, India Inc will find the business of movies a niche opportunity fraught with too many risks.

Tweets by @forbesindia
Extract from 'Editor Unplugged': The people Vinod Mehta admires
Why a checklist for investment matters: Atul Gawande in conversation with S Naren