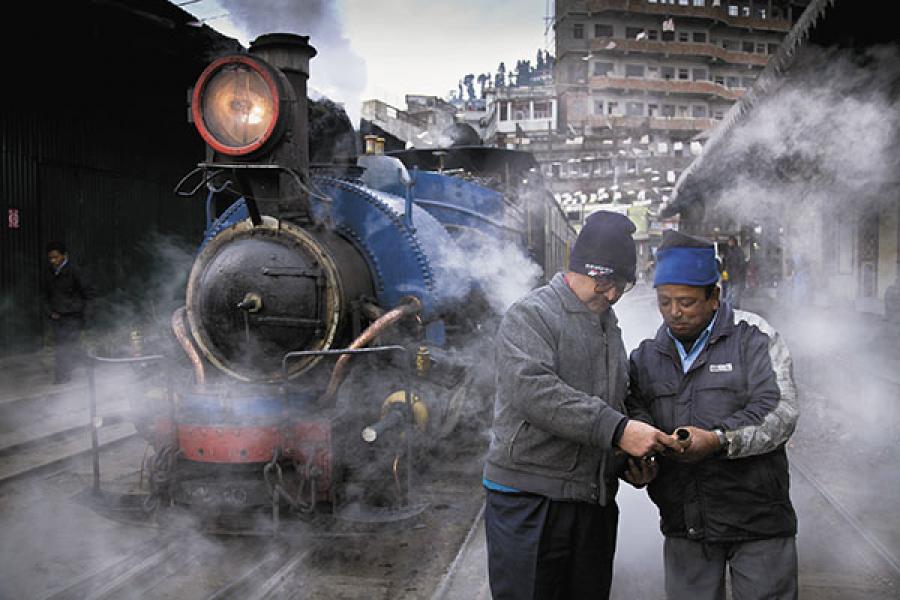 These are just a few examples of how steam locomotives that once ran in India—and were subsequently abandoned—are now not just maintained meticulously but run on heritage railway lines in England. Back in India, steam railways and heritage lines remain a neglected subject, even though there is a huge demand for their restoration and maintenance from enthusiasts across the world.

“The railways in India have always remained an attraction for enthusiasts worldwide because of its sheer size and variety,” says Peter Roberts, a British rail aficionado. “Every type of locomotive, along with different track gauges, have been used in India in the late 19th and early 20th centuries—from the smallest two-foot narrow gauge rail on mountain railways in Darjeeling and Matheran, to the biggest Garratt locomotives on the Bengal Nagpur Railway, and from a monorail in Patiala to the rack-and-pinion railway in the Nilgiri mountains.”

Adds Roberts: “India has been a playground for different types of railway lines and technologies, and is a favourite place for rail buffs and experts. But, sadly, there are no preserved railways or steam locomotives in running condition left in India. Whatever locos are found are on abandoned lines and, like stuffed teddy bears, are displayed on pedestals outside station buildings in the name of heritage. But the real fun and expertise will be in running on steam and its technology.”

Rail enthusiasts are also disappointed with the National Rail Museum in New Delhi “that has many rare and good artefacts, but the focus remains on educational activities for children rather than encouraging steam and heritage railway restoration”, says Madhusudhan Oak, a retired transport official. Bangalore-based student Avinash Kumar adds that even the new website of the museum, which was launched in a hurry this January on the directive of the railway ministry, has many non-functional links. “It is more theoretical, not interactive,” he says. 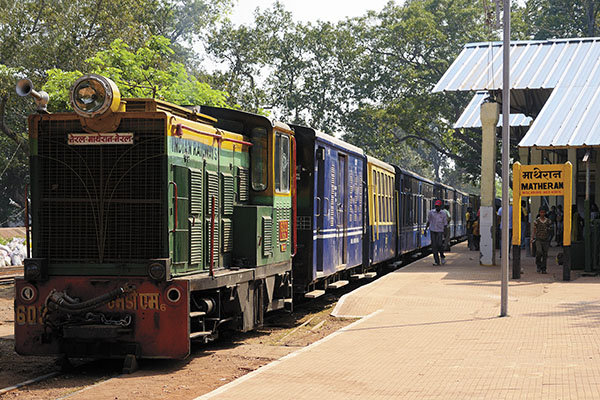 Image: Corbis
A steam loco that ran up to Matheran has now been bought by an English collective


The Matheran steam loco
The government’s stance on the restoration of heritage steam engines can perhaps best be highlighted with the example of an original and rare steam locomotive of the Matheran Hill Railway, which was up for re-sale in 2015.

The Neral-Matheran Light Railway was built by the Peerbhoy family, financed by Sir Adamjee Peerbhoy, in 1907, to take passengers to the hill station of Matheran, near Mumbai. To work on the steep climbs of the hills, four locomotives were especially made to order from Orenstein & Koppel in Germany, with an articulated wheelbase that allows it to haul heavy trains around curves with tight radii.

The locos were very successful, and the fleet of four engines worked the 19.97 km Neral-Matheran stretch exclusively until diesel engines were introduced in 1965. The steam locos were finally withdrawn from service in 1982.

Of the steam locos purchased in 1907, three are in India lying unused, either on display or in workshops waiting to be restored. The fourth, MLR-740 (Matheran Light Railway-740), was donated to England by the Indian government in 1985 in recognition of services rendered towards the establishment of the National Rail Museum. In early 2015, MLR-740 was put on sale by Railworld museum at Peterborough, England, on the condition that the new owner should have the resources and the commitment to restore and operate the Berlin-built locomotive and make it accessible to the public. 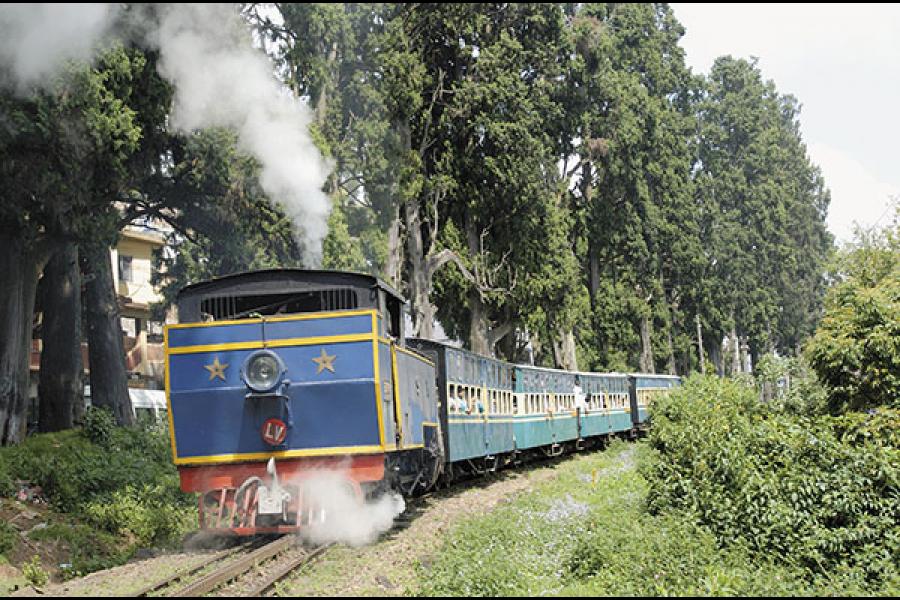 Image: Corbis
The rack-and-pinion railway in the Nilgiri mountains in Tamil Nadu

The Cumbria-based South Tynedale Railway Preservation Society bought MLR-740, promising to invest time, effort and money to rebuild and run it. Brian Craven, deputy chairman of the Society, says the locomotive is special to them. “We have stripped the loco down completely and are doing its comprehensive overhaul so that it will return to service, hopefully from 2018. Donations in support of MLR-740 are eagerly sought and will be most welcome. The sooner funds can be raised, the sooner we shall see this magnificent locomotive hard at work on a hill railway here,” he says. So, the glorious steam loco that was once the pride of Maharashtra will soon be running on an English hill railway.

Enthusiasts’ efforts
In India, efforts towards restoration of steam locos and raising awareness about them have largely been the preserve of enthusiasts’ collectives. The Indian Steam Railway Society (ISRS), based in New Delhi, has been making significant efforts towards the restoration and running of steam locomotives, but many rue that Indian Railways lacks a clear vision on how to get it done. 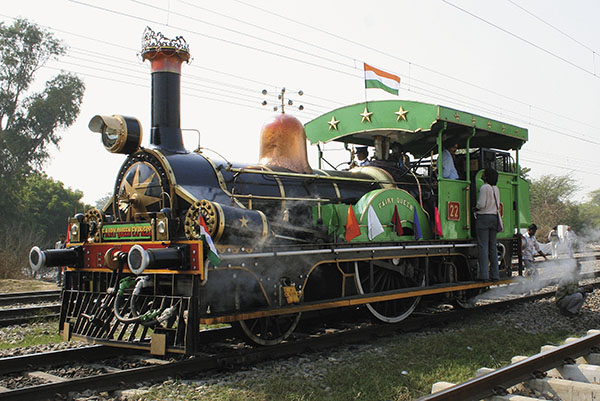 Image: Corbis
Fairy Queen: The Fairy Queen is a steam locomotive, plying between New Delhi and Alwar, in Rajasthan. It was certified by the Guinness World Records in 1998 as the world’s oldest steam engine in regular operation, after it was restored to haul a luxury train to boost tourism in Rajasthan

As part of the XIII National Steam Congress, held last November in the Indian capital, the ISRS organised a special run of a steam engine-hauled train from Delhi to Rewari in Haryana to give delegates and visitors an opportunity to travel on a train pulled by a steam loco, and also to see the Rewari Steam Locomotive Shed. The initiative was met with a warm response.

JL Singh, a member of ISRS and a retired railway official who had worked with steam locos in the 1960s and ’70s, says, “I recently represented the ISRS at the Asia Pacific Heritage and Tourist Rail Organisation [Aphtro] conference in Bangkok, Thailand. I found that they are maintaining five steam locos, of which at least two were in very good condition. With these locos, they have at least four to six heritage steam-engine runs, four of them on fixed timetabled dates. I find that we are unable to do this in India, despite the fact that our country ran steam engines till much later than the Thais and has a much larger pool of steam locos and expertise.”

He adds: “One of the reasons is that the two people who were responsible for the steam-engine runs [in Thailand] were very passionate about it. We need to do this in India. Officials who are responsible for steam-engine runs and heritage in India are posted for convenience and not because they are passionate about the locos. It should be easy to find a few people who would do justice to the job. For instance, when Ashwini Lohani was the director of the National Rail Museum, he was able to start running the Fairy Queen. I am quite sure there will be a sufficient number of Lohanis within Indian Railways; we have to locate them and post them in key positions. The question of how this can be institutionalised needs a solution.”

A different perspective is provided by PS Seshadri, another ISRS member: “Steam revival in India requires many things. Steam engines, for one. How many are in operating condition? What about personnel to operate and take care of the nuts and bolts of steam engines? Do we have skilled volunteers available? Sorry if I sound a bit negative, but there are too many elements that need to be synchronised to make this happen.” 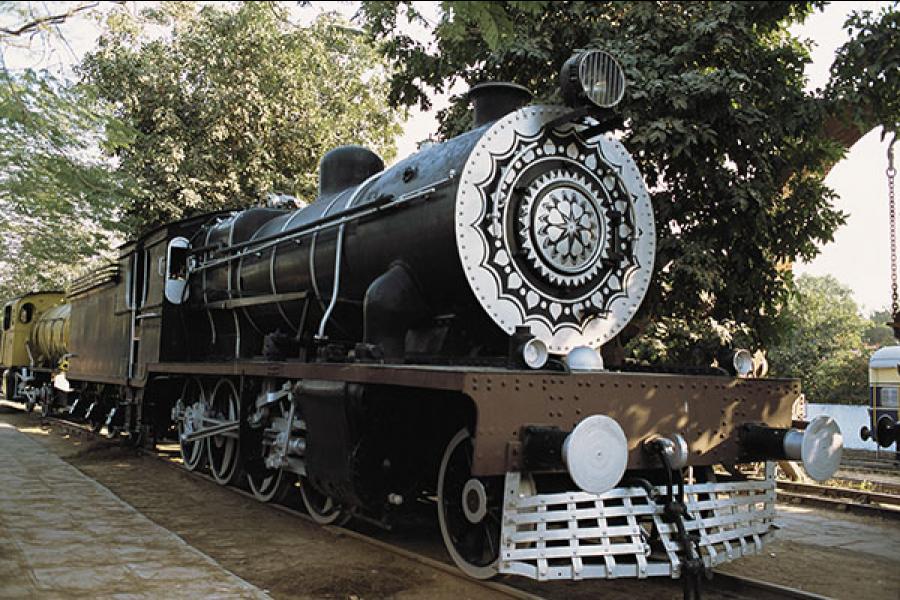 A July 2015 article in The Indian Express by Bibek Debroy, renowned economist and a member of Niti Aayog, made a forceful point on the need to take steam locomotives out of museums, restore them and use them on mountain railways. He, however, rued the fact that no one has manufactured steam locomotives in India since 1972 and that they will have to be imported with a huge cost margin of more than Rs 2 crore.

In countries such as the UK and the US, there continue to be manufacturers of steam locos. For instance, one of the leading firms in the UK is Steam Loco Design, led by consultant design engineer Ian Gaylor, who has a lifetime of experience in both mechanical engineering design and steam locomotive operation. The locos that are restored, or new ones that are assembled, are often referred to as ‘new steam’ or ‘modern steam’.

But there is scope for improvement in India, Debroy added. “Take the example of the Fairy Queen locomotive. Between 1909 and 1997, it was nothing but a museum piece. But it could be restored to working order and broke records. However, I don’t think such things will happen as long as mountain railways are under the control of Indian Railways. They need to be taken out, a condition that must also be met to receive World Heritage status,” he argued in the article.

Not just steam
“Besides the romance of steam engines, Indian Railways has a lot many varieties of experimental, early architectural style buildings that are now being demolished or upgraded, in addition to numerous novel rudimentary technologies that kept the rail lines running,” says Rahul Chemburkar, a Mumbai-based conservation architect. In a bid to standardise and increase efficiency, all these small bits are now being lost, he adds.

“Railway stations, both big and small, have multiple styles, ranging from Classical, Gothic, Arabic, Indo-Arabic and traditional. Engine sheds, bridges, viaducts and railway towns show the same attention to detail, the same combination of functional and aesthetics,” says architect Jay Padalia, who submitted a paper titled ‘Indian rail heritage and conservation’ at the Conservation Systems Planning, an urban planning and research organisation in Ahmedabad that has since been rechristened as Pivotal Planning Services.

Running heritage trains and steam engines can also be commercially lucrative. Building a few dedicated heritage lines and keeping them running will not be an expensive proposition for Indian Railways. “They can ask rail enthusiasts’ societies to run and maintain them. In fact, there are a lot of enthusiasts in the Indian Railway Fans Club Association and the ISRS who are willing to do it. But Indian Railways officials are so busy with train operations and related tasks that there is no time and energy left for this,” says Harshad Joshi, a Mumbai-based railway fan who took a steam train ride on the latest steam run in February 2016. “There is a Heritage Directorate, but it looks more at formulating policies, ceremonial events, and generating minutes of meetings, with impractical priorities, while looking away from this heritage market.”

Railway modelling is another hobby that could evoke a good response. “If Indian Railways officially permits modellers to make models of its locos and trains, they will be a huge hit, like international railway modelling brands [such as Märklin Trains, known as the world leader in model railroading],” says Bangalore-based rail fan and modeller Akshay Thaggarse of Model Rail Enthusiasts. “Not only will they earn money, but the model trains will be souvenirs of Indian Railways for all those taking it abroad.”