Dilip Shanghvi's Sun Pharma Enters the Next Phase of Growth

Dilip Shanghvi built Sun Pharma into one of the most profitable generic drugs companies in the world. Now, he’s stepped back and brought in Israel Makov to steer Sun into its next growth phase 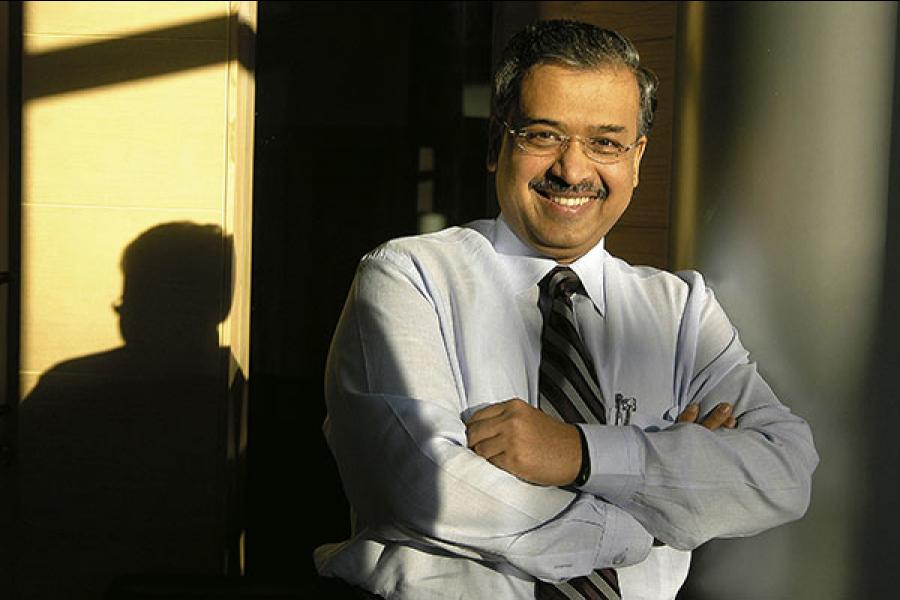 Name: Dilip Shanghvi
Age: 57
Profile: Founder, Sun Pharmaceutical
Rank in the Rich List   5
Net Worth  $9.2  bln
The Big Hairy Challenge faced in the Last One Year:  Buying out the remaining 33 percent stake in Taro, which was initially rejected by minority shareholders
The Way Forward:  Look for assets overseas that add to its revenue as well as global footprint

If you haven’t read the conversation with Harsh Mariwala, chairman and managing director of Marico, and Kishore Biyani, founder and group CEO of Future Group, may I urge you to?  Both are as different as chalk and cheese. Which is why, their conversation offers some insights into entrepreneurship that is often times at polar opposites.

But there’s one thing the two of them agree on—that there comes a point in every entrepreneur’s life when they ought to let go. The wise Mariwala has seen it too often: “When you grow to a large size, entrepreneurs aren’t able to give up control, unable to trust others and therefore can’t attract talent.” It is a learning that, Biyani says, “came easily”. Because “the biggest fear I have as an entrepreneur is to stay relevant…”.

It is easy to imagine Dilip Shanghvi, founder of Sun Pharmaceutical, as part of the conversation and concurring with the two gentlemen. In May, he announced to the world that he was ready to relinquish his job as chairman of the board of directors to make way for Israel Makov, former chief executive of Teva Pharmaceuticals. Why would Shanghvi, who built Sun Pharma from ground up into one of the most profitable manufacturers of generic drugs in the world, cede ground? “It’s a bold and visionary decision, which other entrepreneurs like myself applaud from the sidelines,” says Kiran Mazumdar-Shaw, chairman and managing director of Biocon.

What about Makov? Why did he accept the job? One of the most respected corporate citizens in Israel, he is credited with building Teva Pharmaceuticals, several times the size of Sun, and even before he exited as the CEO in 2007, he went public with his intentions: That he had done a pretty good job at Teva and there was nothing left to prove. “After Teva, I don’t have any aspirations to manage anything else. Teva is the zenith of management in Israel,” he had said then.

“How do you woo someone like Makov into a position like this?” asks Madhav Bhatkuly, managing partner at New Horizon Investments. Bhatkuly was one of the earliest investors in Sun and knows Shanghvi from the days when the company’s market capitalisation was $89 million, as compared to the $14 billion it is today. The answer, he says, lies in Shanghvi’s consistently dispassionate decision-making. In this case, he relinquished the job in favour of a professional he thought would be beneficial for Sun in the long run.

Shanghvi’s response is characteristically unemotional. “I look at my role as owner and manager in different compartments. I consciously try evaluating my performance as a manager, independent of my performance as an owner.” He told himself that this year, the company he founded in 1983 will cross $2 billion in revenues. He doesn’t have the expertise to run something as big. So the next step is bringing in people who have the experience so that “we learn and anticipate problems instead of solving it after creating them”.

How easy or hard it was to persuade Makov to come on board is something neither would tell. Makov has known Shanghvi from his days at Teva. They’ve stayed in touch closely since 2007 when Shanghvi took over Israeli firm Taro Pharmaceuticals for $454 million, when Sun’s turnover was just a little over $296 million. That familiarity notwithstanding, Shanghvi started to pursue Makov 18 months ago. “We were comfortable with his approach to business and people,” says Shanghvi.

“I think I’ll learn a lot from Mr Makov because his style is different from mine, even though both of us are focussed on operation, efficiency, and continuity in people; in our businesses we are different,”  says Shanghvi. While being much more hands-on, Makov focuses only on a few key strategic issues. It’s this chemistry between the two leaders that industry veterans will keenly watch. “Knowing both of them,” says Sanjiv Kaul, managing director who leads the pharmaceutical and health care sector at ChrysCapital, “it will be interesting to see how they blend aggression with tact and diplomacy.” 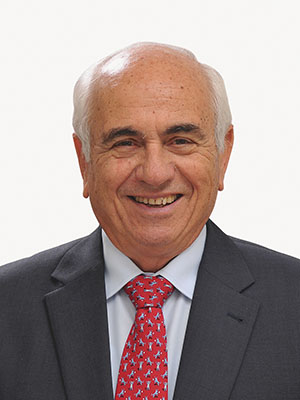 DIFFERENT STROKES Four months into his new role, Israel Makov is enjoying his stint in Sun
Predictably enough, Shanghvi downplays his decision to give up chairmanship even though it’s a first of sorts among owner-CEOs in India. He says he is only taking a page out of the strategy books of the Tatas where many group companies have hired chief executives with international experience. “I personally don’t think what we are doing is dramatically different,” he says.

Shanghvi has always admired Teva. Today, Sun is where Teva used to be 10 years ago. But Teva grew on the back of an acquisition-led strategy architected by Makov. During his five-year tenure as CEO, he completed 20 acquisitions, and by the time he moved out, Teva had a turnover of $16 billion. Will Sun follow the same trajectory?

Four months into the new role, Makov says he is “enjoying” it. Sun’s profitability and growth, in excess of 30 and 40 percent respectively, are “phenomenal” in the industry; it is poised to become a world leader, he says. “I can just help in that process.”

Trying to second-guess Shanghvi is impossible, says Sanjiv Kaul. “He is extremely astute and keeps his thoughts to himself. Getting Markov as chairman demonstrates, yet again, his high levels of cognitive intelligence,” says Kaul.

Kaul, like many others in the business, believes Shanghvi will want Sun to go the acquisition route—and getting Makov is a pointer in that direction. Bolstering their case is the fact that nearly 60 percent of Sun’s business comes from markets abroad. With over a billion dollar in cash and an unleveraged balancesheet, it has the financial wherewithal to go on the prowl.

But even before you ask Makov that, he quips: “I know what you want to ask… I don’t like to make declarations. The only assurance I can give is that we are going to look diligently in the market and probably we’ll do some [acquisitions].” While he’s known for his acquisitions, he’s equally known for backing out from some at the last minute because he didn’t feel “good about them”.

On his part, since 1997, Shanghvi led Sun on an acquisition spree and acquired 13 companies. Its acquisition of Taro, though, was mired in a protracted battle that lasted nearly three years and ended only in 2010. During this time, Sun’s revenue doubled from a little over Rs 2,000 crore to over Rs 4,000 crore. Perhaps that is why Shanghvi dismisses there was any “pain” in the acquisition. But, he admits, “the whole process of managing a much bigger business taught us many things”.

Sun’s appetite for risk and ability to take another leap is now enhanced, says Bhatkuly. He says he wouldn’t be surprised if Sun, with Makov at the helm, now makes a $2 billion-$3 billion play for a global target. It will need an acquisition that size to continue the 30 percent compounded growth it has maintained for a few years now. But integrating such a large global business into its fold would require taming a different beast altogether.

It is relatively simple to work in only one market. But when you have supply chains in different markets, the complexity increases, says Makov. You need to develop people, organisation and systems, and fast enough. “What I plan to do [working] with Shanghvi is not only look for opportunities, but build management capacity that will support globalisation, something which many organisations overlook,” he says.

What might prove different is Sun’s challenges in balancing “continuity and change”, a mantra Shanghvi has followed. Sun has managed to grow the business faster than the market in India for the most part in the last 20 years. That will continue. In fact, Shanghvi wants to replicate this model in newer markets like Russia, Mexico and Brazil. At the same time, he needs to bring in change in management style, where he needs to empower a large number of managers.

But, points out Kaul, two of Shanghvi’s significant acquisitions—Caraco and Taro—ran into rough weather. “What if in future such decisions are made by professional managers? Will he support them?”

On his part, Shanghvi says he’ll learn, set up processes and create capabilities in the organisation so that it can work and function independently of him. For instance, Kalyanasundaram Subramanian, chief executive since 2010, now looks at emerging markets. In most of this restructuring, Shanghvi doesn’t see any major “course correction”.

If, 30 years ago, the triumvirate of Bhai Mohan Singh, YK Hamied and K Anji Reddy was the face of the Indian pharmaceutical industry, experts agree that today Dilip Shanghvi singularly epitomises it. Shanghvi is exceptional in effecting change, says Makov. People who have managed companies hands-on for many years find it difficult to change. “Most of them talk about it, but don’t change themselves. He is doing it.”