When 16th century British poet John Donne coined the phrase “No man is an island,” he could not have known how widely embraced it would be, coming to signify the significance of other people to every individual’s sense of self. Indeed, we routinely identify ourselves by shared characteristics, whether it be demographics such as race or gender, organizational affiliations such as employment or church membership -- or even minimal group memberships established arbitrarily in a laboratory.

However, such ‘possessed characteristics’ are not our only source of identification: characteristics that we do not possess or groups to which we do not belong can be equally informative to our sense of self. That is, at times individuals identify negationally, focusing on who or what they are not, as when they state ‘I am not an economist’ or ‘I am not a Republican’. Such ‘negational identities’ can arise instantaneously in social settings. For instance, Conservatives may focus on their common negational category—not being Liberal—to unite a fragmenting constituency. As a result, a popular U.S. talk radio show advertises itself on billboards with the slogan, “Liberals Hate It!” hoping to draw audiences from the entire Conservative base without alienating any subgroup. 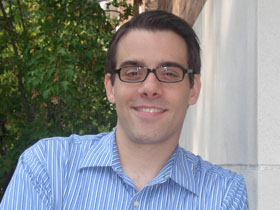 Geoffrey Leonardelli< Professor of Organizational Behaviour, Rotman School of Management
Negational categorization refers to the process by which an individual’s identity is defined by ‘out-groups’ – that is, by what people are not. This is in sharp contrast to ‘affirmational categorization’, where the self and the in-group are defined by what they represent. Compared to affirmational categorization, negational categorization has not received much attention from the management literature, perhaps because out-group differentiation is typically seen as a derivative of in-group identification.
Researchers generally agree that the in-group is psychologically primary for an individual, whereas the out-group is defined only after in-group identification has been assessed. Some have even questioned the necessity of recognizing a specific out-group because people may represent the out-group as a homogenous, all-inclusive category of ‘everyone and everything that is not me’. However, our own and other research indicates that an individual’s identity can also form around out-groups, and that common non-membership can motivate intergroup behaviors as much as common membership.
The ability for people to identify negationally is rooted in basic cognitive systems. Studies have shown that knowledge in human minds is often organized by the features that an item or a person lacks as much as by the features that it possesses. Thus, people can form identifications based on information that distinguishes them from others. In fact, it has been well documented that negational identities are developed at early stages of childhood.

The same logic applies at the group level, where a negational categorization of ‘not them’ can serve as a superordinate identity that transcends the original categorical boundary. For example, two independent groups (e.g., Native Canadians and Asians) may come to bond with each other in the presence of a third group from which they both reject membership (e.g., French Canadians). Under this superordinate identity, former in-groups and out-groups can be recategorized into a common ingroup (e.g., non-Caucasians), reducing the conflict between them.

A number of studies support the social implications of negational categorization. One group of researchers found that sharing a negative, as compared to a positive, attitude about a third party is particularly effective in promoting closeness between people. Another study investigated a group of individuals who strongly identified themselves as not belonging to the National Rifle Association (NRA), a non-profit organization dedicated to the right to bear arms. For those individuals, the negational identity of “not being a member of the NRA” itself carries significant meaning.

Negational categorization seems to occur primarily in socio-political activities. People, nations and civilizations often are defined in terms of who and what they are not: not the barbarian, not the primitive, not the Oriental, not the fundamentalist. In one captivating historical example, the role of negational categorization was identified as a critical force driving the major shifts in Iranian political community. In Iran, political identity was classically defined by language—those who spoke Persian and those who did not. In the 16th century, however, speaking Persian ceased to be the most salient factor. Instead, Iranian distinctiveness came to be defined by religion (i.e., Shiism) in relation to perceived threats from Sunni neighbors. Yet after the Arab–Israeli war of 1967, Iranian popular national spirit quickly turned from anti-Sunni sentiment to Muslim solidarity in the face of Israel.
Although each of these major transitions resulted in a new affirmational identity (i.e., Shiism, Muslim solidarity), the shifts in Iranian identity can be seen as initially driven by a negational categorization process (i.e., non-Sunni or non-Jewish).

In recent American politics, people who were once supporters of unsuccessful Democratic candidates in the 2004 presidential Democratic primary, such as Howard Dean and John Edwards, united over their common lack of support for George W. Bush (i.e., “anybody but Bush”) in the general election.

Our research
Along with our colleagues Katherine Phillips and Adam Galinsky of the Kellogg School of Management, we recently explored negational categorization as a form of social identification in four studies. Our first study examined whether people identify negationally and attempted to answer the question of when negational identities become accessible, looking at the need for distinctiveness as one potential motivator. The remaining studies examined the consequences of affirmational and negational categorization. Specifically, using the minimal group paradigm, we tested whether merely assigning people to a negational category would intensify outgroup derogation relative to assigning them to an affirmational category.

Our experiments provided converging evidence that negational categories can indeed produce meaningful social identities. Study 1 supported the prediction that negational identities become most salient when the need for distinctiveness is high, presumably because negational identification satisfies the need for distinctiveness to a greater extent than it satisfies the need for inclusion. Studies 2, 3, and 4 documented the unique intergroup implications of negational identity by showing that members of minimally-constructed negational categories exhibited the elusive out-group ‘derogation effect’. That is, participants who were categorized in negational terms were more likely to derogate the out-group compared to participants who were categorized in affirmational terms. This tendency was reduced, however, when their similarities with and connections to others were highlighted through further activities. Whereas personal identity defines the individual as a unique person in terms of their differences from other individuals, ‘social identity’ refers to the aspects of the self that are based on social group membership. One of the key differences between personal identity and social identity is that the former motivates interpersonal behaviours whereas the latter motivates intergroup behaviour. When individuals identify negationally, they tend to focus on the difference between non-members and members on relevant dimensions. Their behaviours and attitudes toward out-group members are better predicted by the non-membership than by individual differences. Indeed, across three of our studies, we consistently found that negational identity induces in-group favoritism and out-group derogation.
One of our key findings then, is that negational identity should be thought of as more of a social rather than a personal identity. However, it may not be the most productive approach to dichotomize identities into personal versus social. Researchers have increasingly realized the need to replace the conceptualization of personal and social identities as forming a bipolar continuum by the notion that they represent different levels (of inclusiveness) of self-categorizations. Thus, individuals can define themselves at many different levels. What better distinguishes these levels of identity is not the absolute dichotomization of personal versus social, but the different extent of inclusiveness and self and other stereotyping. 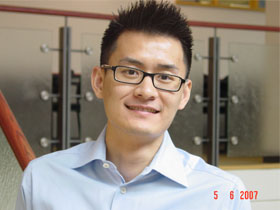 We found that simply categorizing people into arbitrary negational or affirmational groups leads to different intergroup consequences. Given that most identities can be either affirmational or negational (e.g., not Republicans or Democrats), political leaders can frame identity type to mobilize social support for their agendas. It is also possible that political leaders can frame the identities of minorities (e.g., Asians or African Americans vs. non- Americans) to increase or lessen the ties among other minority members. Indeed, in their analyses of speeches by political parties, researchers showed how political leaders can act as entrepreneurs of particular types of identity to legitimize specific forms of social relationship. During the British miners’ strike of 1984–1985, for example, British politicians (Margaret Thatcher and Neil Kinnock) represented their party as a group defined in opposition to an ‘organized revolutionary minority’ of ‘thugs and bullies’ to their respective party conferences. Finally, understanding when and how political leaders leverage negational identifications may shed light on the phenomenon of genocide and other extreme forms of outgroup oppression.

In closing
Taken with the research that came before it, our work demonstrates that
negational categorization can indeed produce meaningful social identities that have
important implications for intergroup behaviour. Because the out-group is the focus of attention, negational identification licenses the typically-elusive phenomenon of outgroup derogation.