We include multiple alternative futures in every one of our decisions, making our strategy and actions agile, elastic, adaptive and trans-formative 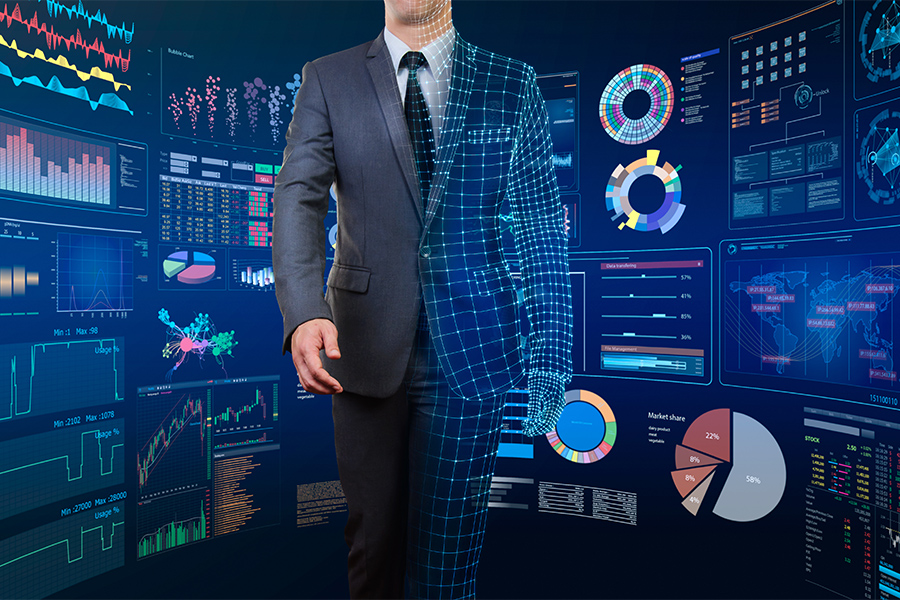 In order to unlearn the reactionary focus created by pushing and relearn the empowering mindset created by pulling, it is important to understand the patterns that are currently shaping our environment
Image: Shutterstock

Early in the 20th Century, Austrian-born economist Joseph Schumpeter coined the phrase ‘creative destruction’ to describe the disruptive process of ongoing technological and economic innovation within capitalism. In his day, theories of disruption were developed to describe the cycles of change that were a part of normal market forces. Little did Schumpeter know that the landscape of business in the early 21st-century would be dominated by ever-shorter intervals of volatile disruption that would radically redefine the very concept of ‘normal’.

Today, we live in a world where creative destruction is happening faster than we can react, manifesting itself as a race car without a GPS that is fueled by nitrouslaced energy drinks. Whether the radical changes are in products, services, experiences, technology or organizational models, we seem to have entered an age of perpetual instability in business and society where the new mantra is, ‘disrupt or be disrupted’.

Today’s leaders generally espouse one of two views about disruption. Some see the concept as a glorified buzzword that is used mainly by Silicon Valley startups looking to create unique solutions to non-existent problems. In this view, disruption is not organic, but manufactured, attacking continuity for the sake of change and the hope of being the next Unicorn.

Others see disruption as a natural consequence to our age of in-creasing complexity, but view it as a force that is ‘pushing from the outside’—effectively bullying organizations into upending their present-day offerings or approaches. This mindset causes leaders to be reactive in the face of accelerating changes in business and society.

What if we could create a third view of disruption that enables us to build proactive organizations that aren’t constantly in the act of chasing or being chased?

To build such a proactive culture, we need to look beyond the present research—which is mostly concerned with recognizing where disruption is coming from or how to avoid it. Though such research is important, it still leads us to a reactionary response that is based in risk and fear. Transcending disruption in an age of increasing complexity means that we must change our organizational focus: in-stead of fixating on the idea of ‘disruption pushing from the out-side’, we must adopt a new mindset of ‘pulling our organizations to the outside’. Whereas being pushed by external forces puts leaders constantly on the defense, the concept of pulling a firm to the out-side puts the organization in the driver’s seat. 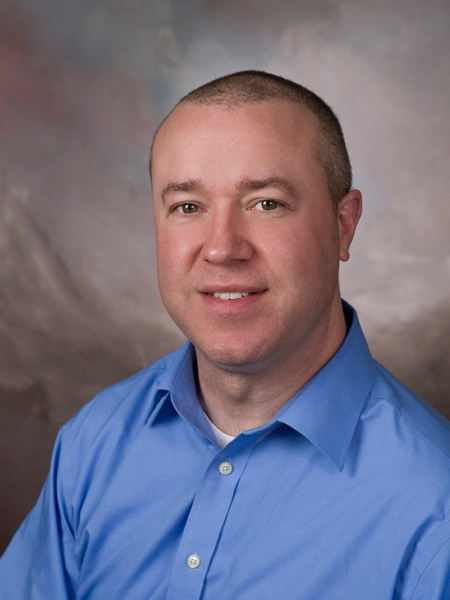 Frank Spencer is a Principal and Creative Director at Kedge
In the Schumpeterian language of creative destruction, a focus on having something pushed upon the organization is akin to approaching the process of disruption from the ‘destruction’ side: What is being destroyed? Who is causing the destruction? How can I be the first to deconstruct or dismantle existing products, services or models?

Conversely, an organization that focuses primarily on pulling itself towards destruction can harness the creative aspects of Schumpeter’s theory: What opportunities have we yet to recognize? How can we move beyond our present capabilities? How can we be-come more adaptive, resilient and transformative? This is not to say that both sides of the equation aren’t important, but focusing only on the destruction side of disruption leaves organizations weakened and vulnerable.

In order to unlearn the reactionary focus created by pushing and relearn the empowering mindset created by pulling, it is important to understand the patterns that are currently shaping our environment. Once we have a grasp on what is emerging around us, we are in a better position to pull ourselves toward transformative development—or even pull new opportunities into our organizations that we might have otherwise missed.

In our research over the past several years, we have identified three major patterns that are shaping the shifting global landscape.

1.    Creative Complexity
A plethora of colliding trends and issues suggest that complexity is not just accelerating exponentially, but that it is being embraced and harnessed as a means to create new platforms and models. Rather than defining complexity as an enemy of organizational and social development that must be eliminated, today’s makers and entrepreneurs are leveraging our vista of growing convergence in order to give birth to new economic developments, such as collaborative consumption and blockchain technology; unique business models, in the form of decentralized autonomous organizations and participatory cooperatives; and rising technologies like intelligent agents, convergent cloud networks and IOT (Internet of Things).

In a previous era—when separate silos and disciplines were created to maximize efficiency—we sought ways to simplify complexity as a means to increase innovation. Today, we are recognizing that complexity is evolutionary and organic—and that a growing canvas of transdisciplinary ideas affords us a greater capacity for transformation.

2.    Blurred Reality
Accelerating advancements in technology and shifts in social values are rapidly expanding our definition of reality and meaning. So impactful is this change that many social scientists are saying that a separation between the physical and digital worlds is just as ludicrous as believing in the ancient fallacy that our bodies were separate from our minds. The breakneck growth of virtual and augmented reality, artificial intelligence, brain-computer interfacing, digital currencies, wearable technology, near-field communication and ubiquitous internet connectivity have made intangible plat-forms just as real and important as those in the tangible world. This ‘technological blurring’ is also normalizing our desire to simultaneously express multiple identities in every aspect of our lives—and even making the idea of working for only one employer at a time or being focused on a singular purpose an obsolete way of thinking.

3.    Redefined Humanity
Humans are organic. We don’t thrive in environments built solely on top-down control or short-term outcomes. Rather, we thrive in environments filled with purpose, deep meaning, creativity and connection. Instead of simply letting our collective path unfold through accidental or even biological means, we are beginning to take our evolution as a species into our own hands. This movement is being driven largely through trends surrounding human and technological integration which is making networking and collaborative innovation possible on a global scale; nature-inspired practices such as ‘swarming’ and ‘hiving’ to produce generative city development; and creating passion-oriented lifestyles in business and society. Crowdsourcing is empowering us to be adaptive and transformational in ways that were never possible before, and this new environment is radically altering our traditional models of business, education, culture and what it means to be human.

Now that we have a better understanding of the shifting global landscape that is pushing at us from the outside, we are ready to employ three approaches that will empower us to transcend disruption and create a mindset of pulling ourselves—and our organizations—to the outside. 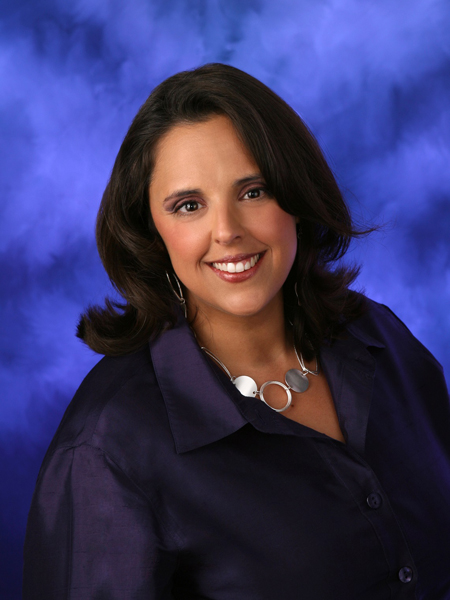 Yvette Montero Salvatico is a Principal and Managing Director at Kedge
Speculative Inquiry. This is the practice of continually learning, unlearning and re-learning in order to ‘disrupt disruption’. Speculative Inquiry helps us to unlearn and re-learn by launching us past public-facing knowledge and ideas, traditional competitive or business intelligence, present-day issues and pervasive technologies. Instead, the leaders and organizations that desire to transcend disruption are looking for provocative futures and far-reaching breakpoints of change—emerging possibilities and alternatives that result from the collision of today's environmental and horizon scanning efforts. These possibilities aren't identified through fanciful brainstorming exercises, but rather, are the result of pattern recognition methodologies and tools—the clustering of trends, shifting values, implications and the subsequent new landscape of change that help us to ‘recolonize’ the future and make sense of the world of tomorrow. Once identified, it is the tension between this speculative scanning and the immediate core competencies of the organization that creates a middle ground of transcendent ‘futures intelligence’ that can reveal new strategies, innovations, platforms and models.

Multi-Faceted Strategy. It has been noted that whenever we make a decision, we kill every future except one. Our mechanical view of organizational development has taught us that we must choose one ‘official future’ from among many possibilities, and tie our for-tunes to that one decision. However, McGill Professor Henry Mintzberg has said, “Planners should make their contribution around the strategy-making process rather than inside it. They should supply the formal analyses or hard data that strategic thinking requires, as long as they do it to broaden the consideration of issues rather than to discover the one right answer.” Multi-Faceted Strategy is a process by which we include multiple alternative futures in every one of our decisions, making our strategy and actions agile, elastic, adaptive and transformative. We have developed a tool that begins with the long-range aspirations, goals and opportunities that an organization has identified, and then compresses and synthesizes these actions and ideas into a robust strategy. In this way, organizations are able to pull to the outside to design transformational vision and new core capabilities.

Higher-Order Purpose. The last approach needed to transcend disruption is the identification of the higher-order purpose of the organization. Each business or social entity contains not only the seeds of greater potential, but also of greater mission and aspirational ability. Discovering that purpose and pulling yourself towards it requires the mapping of transformational growth curves that begin with your organization’s nascent competency and ascend through multiple breakpoints and breakthroughs. Those breakthroughs and higher-order purpose are inherent in the DNA of your products, services and models, but don’t look like glorified versions of the original that have simply been teased out through incremental iterations. Each breakthrough leads to new complex manifestations of the original, and opens the organization to new ways of seeing itself and unique opportunities to pull itself to the outside.

In closing
As organizations move past the concepts of top, bottom and lateral disruption to a more liberating and empowering mindset of transformation, they will find that the ‘unknowns’ that once pushed them from the outside will instead become their greatest assets. If we learn to intentionally pull ourselves to the outside—and pull the outside into our organizations—we can foster a creative force beyond what Schumpeter could have possibly imagined.

Frank Spencer is a Principal and Creative Director at Kedge, which develops futures-empowered organizations in a world of volatile change. His clients have included Lego, Daimler, Hasbro, Proctor and Gamble and The Walt Disney Company. Yvette Montero Salvatico is a Principal and Managing Director at Kedge. Previously, she led the effort to establish the Future Workforce Insights division at the Walt Disney Company.