What the Priceless campaign can teach other organizations?

An Insider Milos Vranesevic's Take on an Iconic Campaign: Priceless 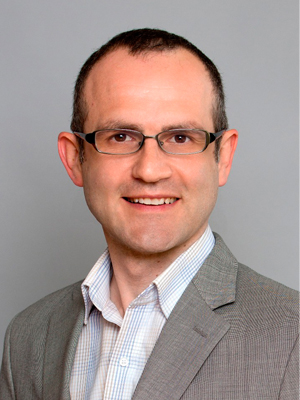 Milos Vranesevic is Head of Marketing at MasterCard Worldwide, Canada, based in Toronto

Q. MasterCard’s Priceless campaign has been, in a word, priceless for your company in terms of branding. Why has this messaging resonated so strongly with consumers?
For a couple reasons.  First of all, it is based on a fundamental human truth, which is the fact that some things in life are simply priceless. From the start, the campaign has really respected—and reflected—peoples’ prioritizations in life.  It has always had that human truth embedded in it.

The other thing that has made the campaign so successful is that the concept translates incredibly well globally. It is the most translated campaign in corporate history, having appeared in over 130 markets.  It’s been running for more than 16 years now, and regardless of the language, the notion that the things that really matter are priceless evokes emotion in people.  The third reason for the campaign’s success is that there is just so much creative territory to work with, which has allowed us to leverage creative content from around the world: we’ve picked up creative for North America from Asian markets, and from Australia.  You can do that when you’re working with a global human truth.

Q. The first Priceless commercial aired in 1997. Describe the campaign’s evolution, and where you see it going next.
With the advancement of digital and social marketing, our stance as a company has shifted from observing priceless moments to enabling priceless moments.  Our current Priceless Cities program is a  tangible demonstration of this. We’re celebrating some of the world’s greatest cities and what they have to offer – not just for our cardholders, but for consumers in general.  It’s about curating experiences for people via exclusive partnerships with companies like Maple Leaf Sports and Entertainment, the PGA Tour and Mario Batali’s Eataly in New York City. In addition to special events, there are also everyday offers that allow you to take full advantage of what a city like New York has to offer.

It’s all really about the kind of ‘interpretive dance’ that is understanding human need.  There’s a lot more art to it now than ever before, because we’re living in an environment where feedback comes in real time. There’s a lot to ‘live up to’ with respect to the notion of ‘priceless’.  We receive feedback all the time and we’re constantly learning from it to make sure that we continue to appeal to that core human truth.

Q. Shifting from observing to enabling priceless moments was a big bet; why did you make it?
One of the really fascinating things about Priceless is that because there is this sort of an endless interpretation to it, it lends itself very well to periodic refreshing.  We made the shift in part because the landscape had shifted so much.  Marketing has become much more dynamic and ‘real-time’ communication than ever before.  It’s no longer just about print ads and limited forums for feedback.  As a result, a lot of brands are moving into the ‘experiential’ space.  Of course, there are a number of brands that have done this well for a very long time—I think of Nike, Adidas and some of the other athletic brands.  For us, it was necessary to move in that direction.  Otherwise, we would be missing an opportunity.

Enabling priceless moments allows us to get even closer to the consumer and have a dialogue with them.  Our social media team and our public relations group have done a great job of helping build those channels of communications with our cardholders, and it’s starting to reach more deeply into our overall marketing strategy.  You’ve just got to be ready for it, because there will always be feedback from people who didn’t have a perfect experience.  We take it all to heart.  It’s a great opportunity for us to learn and try to raise expectations the next time around.

Q. Personal debt is at an all-time high, with people commonly living beyond their means. What is your message to your customers on this front?
We don’t actually view ourselves as a credit brand. Our reason for being is that we’re a payment brand.  Around the world, we are seeing the use of cash declining rapidly.  With respect to debt, it’s our issuing partners that really own the products and set the rates;  we don’t get into that aspect of the business.  But we do provide educational tools on our website, and through our public relations work we endeavour to help educate consumers around financial literacy and being more responsible.

Q. Pranksters on the Internet have had a field day with the Priceless campaign. What is your reaction to this tomfoolery?
Personally, I react very well to it.  I think it’s the sincerest form of flattery.  We had an internal reel on this, including The David Letterman Show doing a Top Ten Priceless Moments list.  It’s the ultimate testament to a brand.  The fact is, the biggest brands are owned by consumers nowadays, and the human truth we are touching upon resonates so strongly that people can now tell a story on their own—they don’t need us to tell it to them anymore.  We’ve actually had instances in the past 15 years where we’ve encouraged consumers to write a Priceless ad for us, and we’ve run some of them globally.  In the end, the spoofs are mostly very flattering.  Of course, we’re very protective of our brand integrity, but for the most part, it is done in good fun.

Q. In your view, what are the two or three lessons that the Priceless campaign can teach other organizations?
Our goal was never to set a standard for others; it was really about figuring out, What is right for us?  That would probably be the main advice I would offer to other brands, is that it’s very important to do what is right for your brand in relation to your consumers.  I feel like we certainly did that.  Another lesson is the fact that this ongoing campaign is based on a very core human truth, and when you have that as the basis of your brand and your strategy, it will always evoke emotion.  The third lesson has been consistency.  People are bombarded by so many messages; the consistency aspect has been a huge asset for us.  When brands alter their image or their DNA too frequently, they are taking a big risk.

Milos Vranesevic is Head of Marketing at MasterCard Worldwide, Canada, based in Toronto.  Prior to joining MasterCard in 2008, he oversaw brand marketing for the AIR MILES Reward Program.

Why MasterCard Ads Are So Priceless

It was an ad campaign that was so successful that it helped MasterCard move from a distant second to near parity with Visa. The question is, why? What was it about that ad that was so powerful, asked University of Illinois Business Professor Jeffrey Loewenstein and his colleagues in their paper, “The Repetition-Break Plot Structure: A Tool for Persuasion” (available for download online). What they found holds lessons for companies looking to create successful ads.

The structure of the MasterCard ad stays true to a form long known in folktales around the world called the ‘repetition-break plot structure’. It uses a repetitious series of similar events to establish a pattern that is then extended or broken by a final event to generate new meaning (as you can tell from the structure of the MasterCard ads). What is particularly ingenious about this structure is that, in a sense, it is culture-proof (i.e.) the expectation that is to be broken is built within the ad. It does not depend on some generally accepted knowledge prevalent in a particular community. Which may be why it has been used in a variety of product categories in many different countries.

But how does this ad structure work? By analyzing a lot of different ads in a variety of ways and comparing them to similar and different ads, the authors show that these ads work by increasing engagement with the narrative in the advertisement. For example, the baseball ad cited above is not as effective when the transition goes straight from "Two tickets: $28" to the punch line. By building in the repetition the ad increases brand engagement and ultimately increases purchase intention.

The authors find that repetition-break ads win a disproportionate number of awards (i.e. Clio and Effie awards) and are also forwarded or viewed more often than other types of ads (on YouTube), suggesting high levels of popularity. But the authors caution that this ad structure is not a silver bullet. It is best for persuading and enhancing brand attitudes. When trying to build brand awareness, alternative structures may work as well or better. They may also not work as well when conveying multiple pieces of information rather than one focused claim. Still, it seems like there are plenty of situations where advertisers would be well advised to consider this proven method to generate successful ads.