According to the Impact Investors Council, the biggest gap in impact investing in India is the lack of funding from domestic investors. The Council estimates that 80-85 percent of impact investments come from overseas. While a majority of Indian HNIs aren't aware that social enterprises can deliver a triple bottomline—enjoy financial returns and create social impact—a handful of them are making a difference 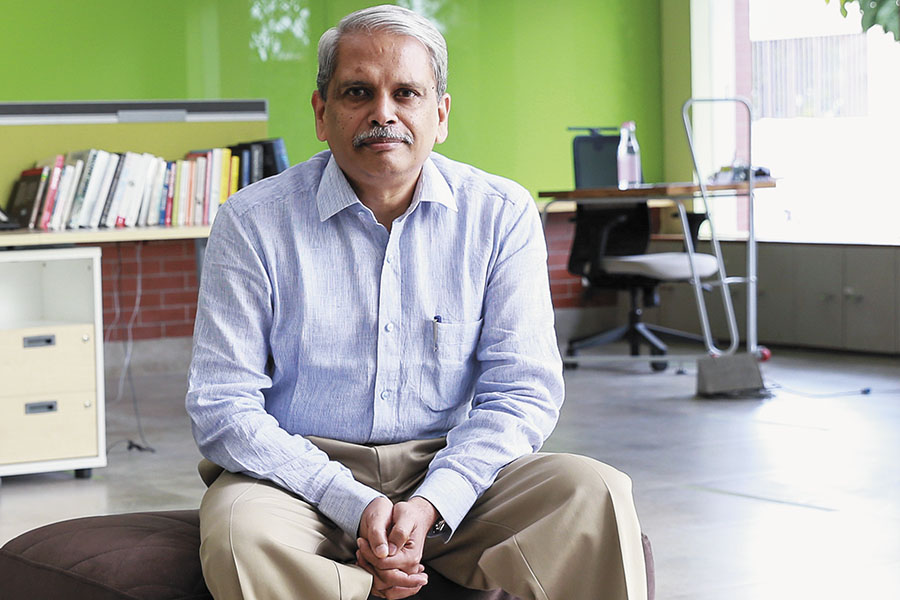 Kris Gopalakrishnan
Besides having committed close to Rs 300 crore in grants to brain research at the Indian Institute of Science in Bengaluru, and IIT-Madras, Infosys co-founder Kris Gopalakrishnan, 61, who lives in Bengaluru, is an active impact investor. Although he is unwilling to divulge what his total investments are, it is estimated that he has channelled over Rs 15 crore of his personal wealth into a slew of social enterprise startups that focus on livelihood, job creation and health care. This is in addition to his ongoing commitments to Axilor Ventures, an early-stage venture capital fund and an accelerator that he started along with fellow Infosys co-founder, SD Shibulal, 61. “A certain part of your investment portfolio should look at social impact—be it investments into research or in enterprises that support the weaker sections of society,” says Gopalakrishnan. “This is a business investment, hence it must generate returns. Of course, you have to be willing to look for lower returns and wait a longer period.”
—    Anshul Dhamija 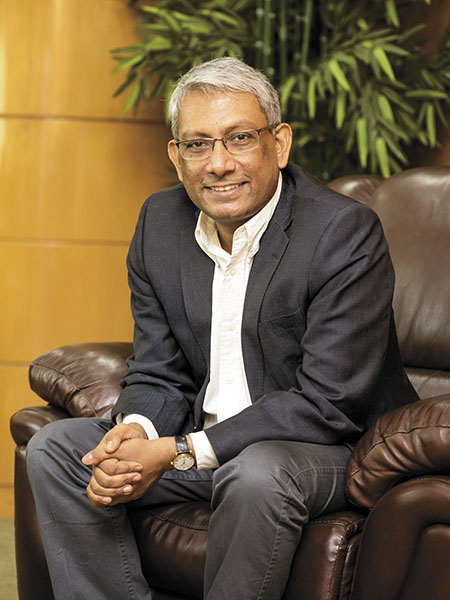 Ravi Venkatesan
Before Ravi Venkatesan, 53, became chairman of Bank of Baroda, India’s second biggest state-owned bank, he oversaw the rise of two billion-dollar American companies in the country—Microsoft India and Cummins India—while also pushing for social investments that have had a lasting impact.

As chairman of Microsoft India, between 2004 and 2011, Venkatesan championed Project Shiksha, which has thus far trained around 40 million schoolchildren in India. Previously, on his watch as chairman of Cummins India, the engineering company transformed into a leading vendor of engines and power solutions. Venkatesan helped establish the Cummins College of Engineering, India’s first engineering college for women, in Pune.

He has invested his personal wealth in non-profit organisations by starting Social Venture Partners (SVP) India, a network of donor-partners that he founded four years ago in Bengaluru. SVP’s annual report for 2015-16 reported that 163 donors had collectively committed Rs 3.04 crore for grant-making; it had 18 grantees during the year, whose work touched the lives of more than 15,000 people. In 2013, Venkatesan also invested his own money in Unitus Seed Fund, where he is a partner, supporting some of India’s best-known impact investments.
—    Harichandan Arakali 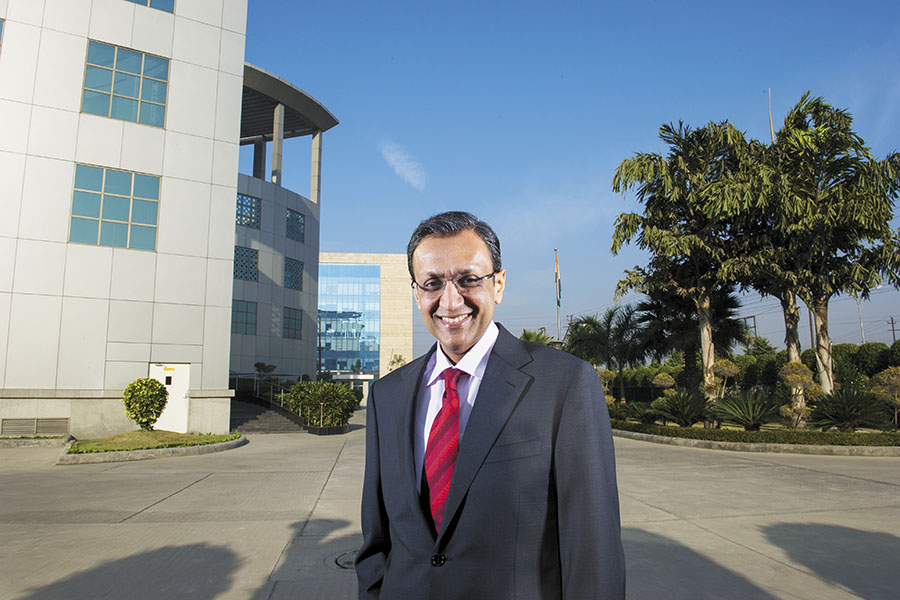 Anil Rai Gupta
For someone who strictly puts in eight hours of work from 9 am to 5 pm, there is enough time to do the things he likes, says Anil Rai Gupta, 47, chairman and managing director at Havells India. While social and environmental responsibility has always been at the forefront for Havells, Gupta says, “I developed an interest for impact investments in 2004 when I met a few corporate executives who had an exposure in this space.” Apart from the mandatory CSR activities of the Noida-based electrical company, Gupta has invested a part of his personal wealth in the setting up and running of two hospitals in Faridabad; they provide health care at affordable rates. Besides, he has also invested in seed-stage impact venture fund Unitus Seed Fund India. “Being able to contribute to society is a wonderful feeling. It’s not a passion that one develops, it comes naturally to people at different stages in life with different triggers,” he says.
—    Paramita Chatterjee 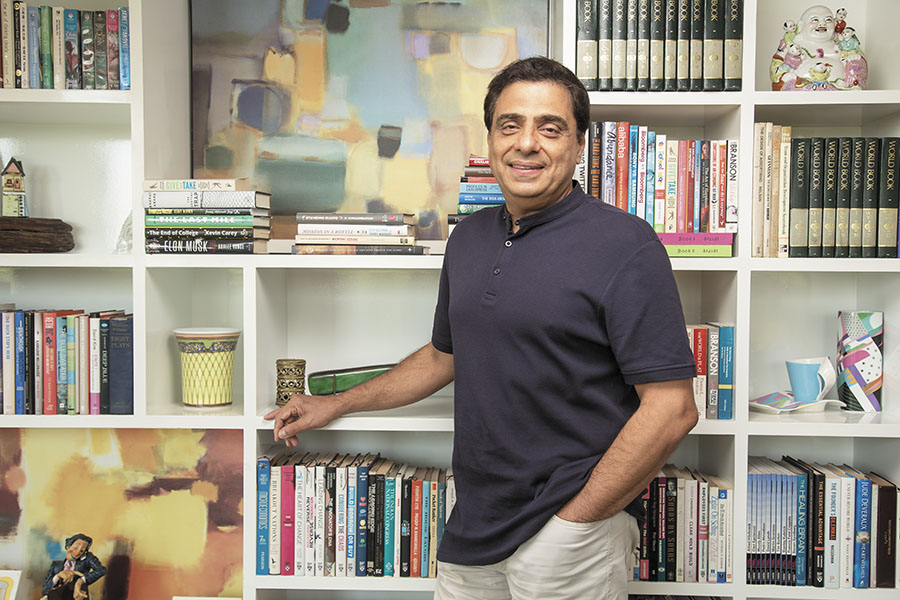 Ronnie Screwvala
Organisations can fit into two distinct categories—either they follow a ‘for-profit’ model or they are in the ‘not-for-profit’ zone. “There is nothing in between, which is for less profit,” says UTV Group founder and media baron Ronnie Screwvala, 45, who puts great emphasis on social welfare. He has reservations against the phrase ‘social impact ventures’, as people often tend to feel these businesses are incapable of generating big profit or attracting serious investors, he says. Screwvala has invested in Mumbai-based Micro Housing Finance Corporation in 2013, and INI Farms, an agriculture company, in 2012, through Unilazer Ventures that has been around for more than 10 years. “It is our endeavour to ensure that the founders have impact on their agenda but at scale,” he says. Screwvala, along with wife Zarina, has also founded Swades Foundation (earlier called Share) around two decades ago, with the vision of empowering rural India and addressing various problems in diverse areas such as water, sanitation, health, education and livelihood.
—    Paramita Chatterjee 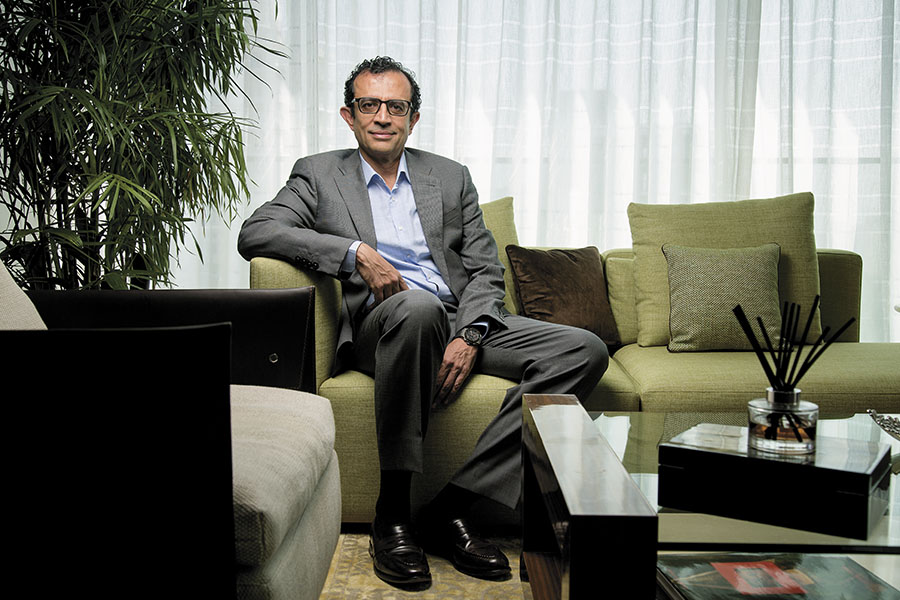 Image:Joshua Navalkar
Vikram Gandhi
After a two-decade-long career in investment banking—first with Morgan Stanley and then with Credit Suisse—Vikram Gandhi, 54, founded New Delhi-based Asha Impact in mid-2014, which comprises an impact investment arm, a non-profit trust, and an advisory on impact investing for business leaders. Over the last 15 months, the investment arm has funded eight social enterprises—which focus on affordable housing, education, financial inclusion and access to energy—with more than Rs 55 crore.
The capital comes from Gandhi’s personal wealth and from co-founder Pramod Bhasin, 64, the founder of Genpact, an NYSE-listed business process management company. “I have a simple philosophy: Does the company we are investing in target, either with their product or service, a market that is underserved and does not have access to that product or service? And are they doing it in a way that’s scalable and profitable?” explains Gandhi, who conducts MBA and executive education courses in impact investment at Harvard Business School, and shuttles between India (Mumbai and New Delhi), London, and the US.

He adds that the biggest issue plaguing impact investing in India is that the money going to social enterprises and impact funds is predominantly foreign capital. “I have been talking to a lot of Indian family offices, trying to educate them on this process, where their capital can generate risk-adjusted financial returns and at the same time help create markets, products and services for people who otherwise don’t have access to them. They can also add value by advising and mentoring social entrepreneurs whose companies they invest in. Isn’t that a perfect combination?”
— Anshul Dhamija

Tweets by @forbesindia
Meet the 72-year-old 'whiz kid' behind cybersecurity startup BitSight
Now, a robot to assist you at HDFC Bank