Affirmative action has led to the rise of a non-white middle class. For Indian companies, the challenge is to gauge its appetite for consumption while dealing with government policy 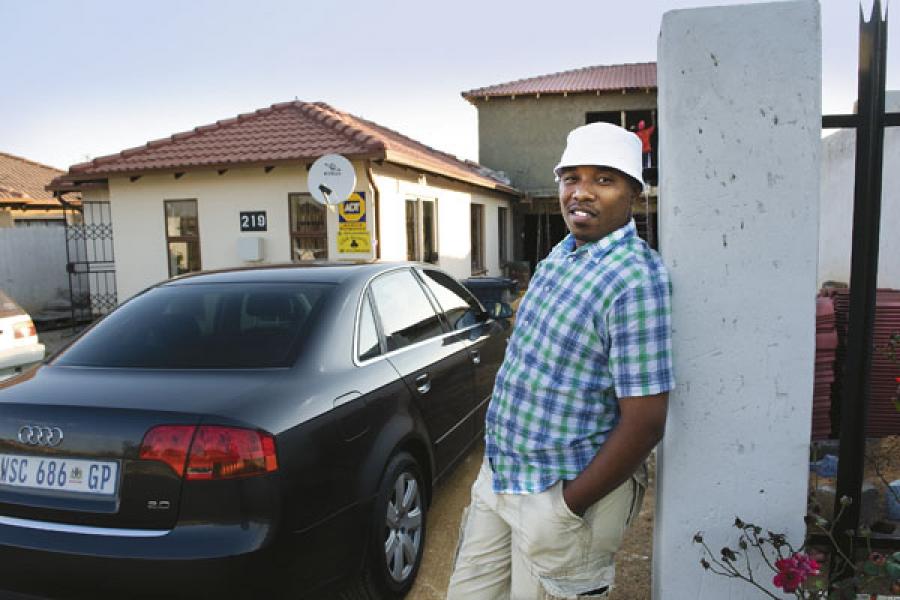 At 33, Thabo Mkhize is unmarried, works hard and aspires big. He leaves for work at 6.30 a.m. and isn’t back till 8.00 p.m. He bought his modest town-house in 2006. With a 42-inch LCD TV, leather sofas and a modular kitchen, his Johannesburg house isn’t plush but it is comfortable. He drives an Audi. The native from KwaZulu-Natal is the first in his family to get a college education, a government job, travel overseas and live a comfortable life. He is now educating his sister. “He has made all of us proud,” his mom glows.

Mkhize is part of a growing black middle class in South Africa called Black Diamonds. They are a product of the South African government’s Black Economic Empowerment (BEE) programme that kicked in post 1994 after the end of the apartheid era. They form around 10 percent of the 22 million over-18-year-old black South Africans and contribute up to 40 percent of the spending in this group. This segment is growing rapidly. Figures at the end of 2008 show that their number was growing at 15 percent. “We have found them fairly resilient consumers amid recession,” says John Simpson, co-founder and director, UCT Unilever Institute of Strategic Marketing.

Tata Consultancy Services, one of the first IT companies to enter SA, counts Nedbank, STRATE (South Africa’s Central Securities Depository), University of Witwatersrand (Johannesburg) and Standard Bank as its clients. Essar is looking to set up a power plant in South Africa. The country is the largest exports market for Tata Motors that offers a complete range of passenger and commercial vehicles.

For Indian companies, South Africa is the best entry point into the bigger African market, and most companies are using it to test waters before a full-headed dive into Africa. But South Africa is a distinctly different kind of market with unique dynamics, both in regulation and consumption. There are five essentials a company should know before heading there:

Political Underpinnings
The African National Congress leads South Africa in a coalition with the Congress of South African Trade Unions (COSATU) and the South African Communist Party (SACP). President Jacob Zuma’s Keynesian economic policy is grappling with the post-apartheid transition that continues to be a problem 16 years later. This is why the South African government’s emphasis on social grants, job protection, worker retraining and continued thrust on affirmative action is so important.

However, BEE, the government’s affirmative action plan, is not without its flaws. It should be noted that ‘blacks’ in South Africa includes Africans, mixed-race people and Indians. Companies get points if they satisfy criteria (black individuals in positions of power) like ownership, management, and employment equity. But this has given rise to “tender-preneurs” — black entrepreneurs who have cashed in on BEE rules.

The Democratic Alliance (DA) leader in Johannesburg, Mike Moriarty, says the City of Johannesburg had to cancel a contract with a consortium led by Global Event Management (GEM) to manage the iconic Soccer City stadium that will host the final of the Football World Cup. A Sunday Times report said that a security guard, Gladwin Khangale, a black citizen, bought 26 percent of GEM less than a year before the tender was handed over to the consortium.

Businesses in South Africa complain that BEE norms make hiring complex and costly. They say hiring standards have to be diluted to accommodate blacks. But keeping political realities in mind, expect such initiatives to gain ground — not weaken — as the South African government grapples with the world’s most unequal society, high unemployment (over 25 percent) and high crime rate. “ANC’s political survival is crucially dependant on the growth and consolidation of the black middle class,” says Ahmed C. Bawa, a South Africa sociologist who teaches at the City University of New York. And ANC will do all it can to protect them.

Emerging Middle Class
South Africa is two countries in one — the First World and the Third World that have been physically segregated for too long. And here, as people from the Third World become upwardly mobile, they want instant gratification.

The emerging middle class is comprised of blacks. And they live on easy monthly instalments. They do not have a saving culture; most are coming into the middle class fold for the first time and materialistic possessions like house, cars, LCDs are being bought with gusto. Their spending remained resilient despite the recession.

Unemployment at the bottom of the pyramid (BOP) could be as high as 70 percent but social grants cushion the effect. With generous social grants (children up to 18 get a monthly grant) protected jobs and preferential treatment in hiring, blacks are a lot more confident and secure as consumers. Conforming to the shifting consumption patterns, more and more ads have blacks as models as against mostly whites five years ago.

Business Opportunities
South Africa has great roads and expressways. But public transport is either non existent, unsafe or unreliable. South Africa has everything that the rich need but the poor lack basic amenities from public transport to schools. Banks and consumer products for them are few. Anybody who can cater to this market will reap big gains. In a market where most banks have focussed on the traditional top-end of the market market, Capitec Bank has done extremely well, logging impressive growth (profit of 435 million rand for the year ended February 28, 2010, an increase of 45 percent) by offering products to the BOP segment. Godrej too is targeting the low-end segment with its Rapidol acquisition, giving it the Inecto brand that sells to the price sensitive market.

Sahara Computers (no relation to Subrata Roy’s company) is a good example too. In an import-driven market dominated by accredited resellers, Sahara launched affordable products. Instead of accredited dealers, it supported a lot of small and medium enterprises (SMEs) and mom-and-pop stores.

“We opted for delivery-on-cash route [rather than credit] and instantly passed on the price benefits to consumers,” says Atul Gupta, chairman, Sahara Group. It forged relationships with vendors in Asia who could cater to its needs. Its PC, Gupta claims, is 10-12 percent cheaper than the market price. Sahara has also worked to build the ecosystem. For example, the mom-and-pop dealers did not understand the tendering process and lacked the finances to bid for it. Sahara guides them through the tender process. Now they are reaching out to new retailers that sell refrigerators, TVs to also stock IT products. It is setting up an assembly facility in Mozambique and exploring opportunities in Botswana and Kenya.

“What South Africa does not have is the SME ecosystem — small nimble entrepreneurs [like Nirma] who could reset the rules,” says Atul Padalkar of Research Resources.

Entry Strategy
Tying up with a local partner so one can gain insight into a new market is a common strategy. But in South Africa, BEE rules make the tie-up with a non-white JV partner even more critical. Dr. Reddy’s has followed the strategy. It tied up with Dr. Vikash Salig’s Venturepharm to set up its South Africa operations. A South African of Indian origin, Salig brings in not just professional expertise to Dr Reddy’s, but also helps comply with a set of BEE norms in the government tenders. “We are the fastest growing pharma company in SA in the last two years, though on a small base,” says Salig. Observers say Dr Reddy’s, despite its late entry, has got its entry strategy right in SA.

Reshaping the Economy
Saddled with high unemployment rate, an economy that is highly mechanised and not labour intensive, the Zuma government is trying to reshape the economy so it caters to its social and economic challenges.

Early this year, the government put out an Industrial Policy Action plan. With the country reeling under recession and high unemployment rate, it wanted to diversify beyond traditional commodities, nurture knowledge-based sectors, with the overall emphasis on labour intensive areas. The thrust is on value addition within the country. Sectors like auto and auto ancillaries, textile, BPOs are on the radar.

Even though the South African government is yet to get its act together, the new policy will launch a slew of initiatives to push the economy in this direction. This will have significant impact in the way business is done in the country.