5 Contemporary Indian Artists to Watch Out For 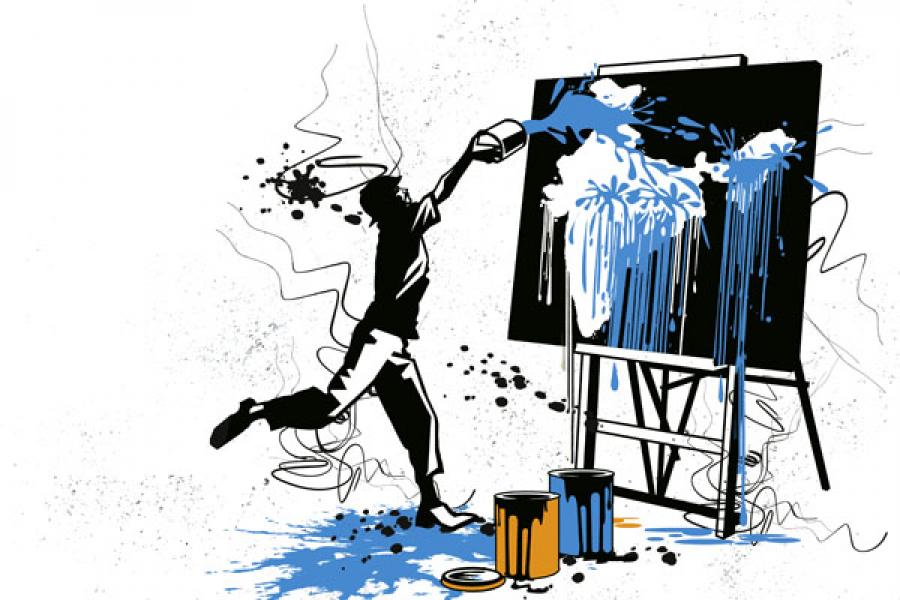 N.S. Harsha
N.S. Harsha’s installations, figurative drawings, paintings, panels or on-site projects transform the traditional art of miniature painting into a unique new-age narrative commenting on social, cultural and political issues. The winner of the prestigious Artes Mundi Prize in 2008, he works with mud, photographs, wood, rice and powders. His art emphasises human forms in the depiction of Hindu mythological figures, burdened Indian farmers, the widening gap between the rural poor and the urban rich and the nature of Indian marriages.

With shows at local and overseas galleries such as the Victoria Miro Gallery in London, Harsha is internationally recognised. In November 2007, he got a price of Rs 3.3 crore for Mass Marriage at Hong
Kong’s Christie’s.

Nikhil Chopra
Nikhil Chopra is one of the few artists working within the categories of performance arts, video, live art, photography, sculpture and painting. He performs under the guise of various characters, two of the main ones being Sir Raja, an Indian prince from the colonial period, and Yog Raj Chitrakar, a landscape painter who explored the world. He also plays roles such as that of a Victorian dandy and a queen. He creates his own backdrops and settings and puts himself in them.

Chopra has achieved immense international acclaim for addressing his heritage in his performances at international events such as the Manchester International Festival, the 53rd Venice Biennale and the Kunsten Festival des Arts in Brussels.

Prashant Pandey
Prashant Pandey’s first solo show at Gallery Maskara in August 2010 received critical applause for his unconventional use of mediums. He made art from waste products such as human fluids and cigarette butts with a goal to deconstruct them and use their origins to convey strong messages. One of Pandey’s works is a large distorted skull that represents the skull of an unwanted female child. From a distance, this structure has the glimmer of diamonds. But closer on, you realise that the units are tiny bags of fluids (urine, sweat and tears) that together form this skull, immortalising the memory of the rejected child.

Surendran Nair
One of the most popular contemporary Indian artists today, Surendran Nair weaves together mythological themes, cultural images, present-day customs, human desires and traditions such as visarjan to make intriguing paintings with a myriad of messages. His record sale was of Doctrine of the Forest, An Actor at Play for Rs. 2.1 crore at Saffronart’s auction in March 2008.

Nair’s paintings are surreal in their quality and symbolic in their illustration of the religious legends he draws from. A perpetual subject is the vibrantly dressed actors of the Kathakali dance form of Kerala, his home town.

Suhasini Kejriwal
This young artist has had few shows but has captured viewers with a whole new decorative style. Suhasini Kejriwal’s lush floral paintings, densely packed with vivid and curious imagery, are interesting to look at.

You will find something hidden each time you look at her paintings. She uses the swirling line of paisley to create arrangements and then fills them in with intricate detail and dramatic colours. Amidst her tropical motifs are artfully camouflaged insects and rodents, injecting a partly grotesque quality to break the monotony of the foliage.

Kejriwal also creates mixed-media sculptures of cacti and other structures based on the natural world.