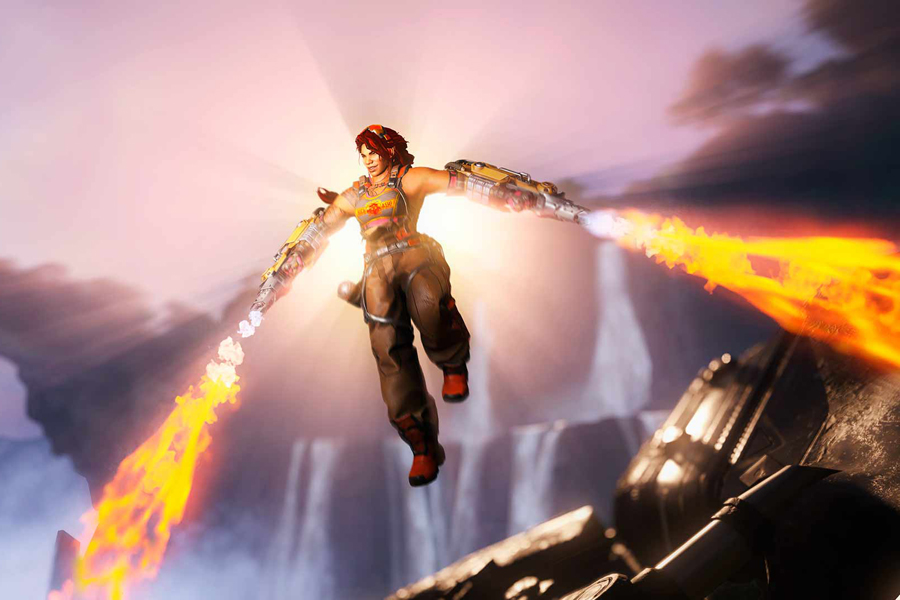 An undated photo provided by Amazon Games, shows an image from Amazon’s original big-budget game, Crucible, that was removed from digital store shelves after it was panned as a “hollow and forgettable experience.

On Monday, Amazon announced Prime Gaming, which is essentially a rebranding of its Twitch Prime service that provides exclusive game content. Just over a month ago, the company pulled its original big-budget game, “Crucible,” from digital store shelves after it was panned as a “hollow and forgettable experience.”

With Twitch Prime, people got a free subscription to Twitch, the Amazon-owned livestreaming site, with free games from small studios and unique, in-game equipment and discounts for larger titles like “Grand Theft Auto” and “League of Legends.” Prime Gaming will expand those benefits and offer more titles and content, but will no longer require a Twitch account for access.

Larry Plotnick, Prime Gaming’s director, said the gaming service started in 2016 with Twitch’s name attached because it was well-known among gamers. But he said Amazon now believed that its own name carried significant weight.

“We felt very strongly that to support our game developers as partners, as well as to reach the most customers, the Prime Gaming brand creates a lot more value in that ecosystem,” he said.

Plotnick declined to say how many people had joined Twitch Prime; he said it was one of the fastest-growing parts of Amazon Prime.

Gaming is one of the biggest global entertainment industries, with 2.7 billion people projected to play a game this year, according to gaming market researcher Newzoo. Growth has accelerated with the coronavirus pandemic forcing people to stay indoors and seek online entertainment, and gamers worldwide are expected to spend nearly $160 billion this year.

Amazon has been getting into games over the past few years, too. In 2014, it bought Twitch, which is used mostly to stream video games, for $970 million.

But its most recent attempt to become a big player in gaming flopped. In May, Amazon introduced“Crucible,” which was a free-to-play multiplayer shooter game produced by a subsidiary of Amazon Game Studios. The game was years and millions of dollars in the making.

Yet after a heavily promoted release, gamers did not bite. “Crucible’s” numbers quickly dropped off a cliff; about 10,000 people were playing the game at the same time when it was released, but it averaged only 361 simultaneous players in June, according to analytics site Steam Charts.

Amazon pulled “Crucible” from circulation last month, so no new players can join the game at the moment. Colin Johanson, “Crucible’s” top developer, said at the time that developers would take the opportunity to make changes to the game and “focus on providing the best possible experience for our players.”

Piers Harding-Rolls, a research director at Ampere Analysis, an analytics firm in London, said it was rare for game makers to yank a game from circulation. He said “Crucible’s” failure was evidence that the video game industry is difficult to crack and that gamers are tough to please.

“It illustrates that nothing is a done deal,” he said.