'Becoming', now on Netflix, is not the candid Michelle Obama film that people might have been waiting for. Instead, we get a familiar, albeit more carefree, former first lady 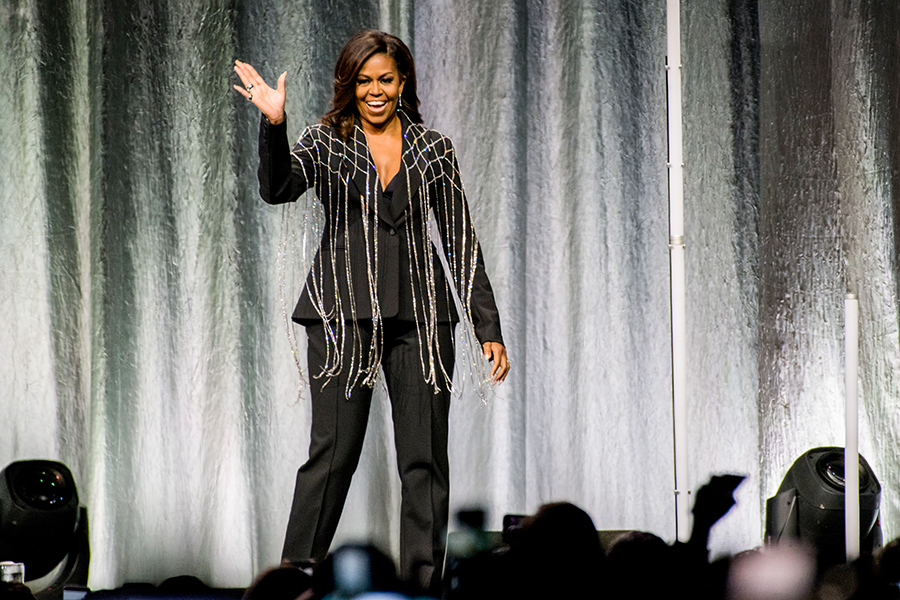 Everything Michelle Obama does will always be of interest, even if it isn’t interesting. As the first black woman to be first lady of the United States, she knows this scrutiny comes with the territory. Early on in “Becoming,” a new Netflix documentary about her life, Obama encourages Melissa Winter, her chief of staff, to express her emotions. They are in Chicago, the first stop of a 34-city book tour for her 2018 memoir (also called “Becoming”), and Obama, wearing an all white ensemble, is about to speak in front of a packed arena. For her, and those who have been on the journey with her, it’s overwhelming. “You don’t have to keep it together, you don’t have to. You can go ahead and cry your eyes out,” Obama says to Winter. “I can’t do that right now.” But one wonders if she ever could, or even would. The film is being billed as a “rare and up-close look” at the former first lady’s life. But, whereas the memoir — through its deeply personal stories about Obama’s existential struggles in young adulthood and the pains of a miscarriage later on — offered a partial illumination of a woman who critics and admirers alike have tried to understand for years, the documentary feels more routine. It hits all the notes of a megastar choosing to share her life with the public: selective biographical moments and star-studded guest appearances, plus a healthy dose of motivational messaging about the virtues of education and the holistic ownership of personal narratives. Directed by Nadia Hallgren, the movie takes viewers on an even-keeled journey with Obama as she embarks on her book tour. She intends to use the time to reflect on her eight years in the White House and “to figure out what just happened to me,” she says. And while it’s hard to believe that someone who has been in the public eye for so long can actually be “unplugged,” Obama’s multicity conversations are invigorating, offering more personal insights and showing sharper versions of her signature charm and humor. She discusses overcoming impostor syndrome, that nagging feeling of not belonging, while studying at Princeton University. She also talks about her initial reluctance to date Barack Obama when they worked at the same Chicago law firm because, in part, everyone expected it. “That’s just what they are waiting for,” she recalls. “You two love each other don’t you? You’re black, he’s black. This will be great.” While many elements of the documentary feel stagy, Obama’s more interesting responses are instigated during community events, when she speaks to smaller groups of people, often young students. They ask her how she overcame the sense of isolation that haunts many black women as they move through the world. She attributes her confidence to her parents, who allowed her to ask questions and made her feel visible. “We can’t afford to wait for the world to be equal to start feeling seen,” she says. The students also express to Obama their fears and frustrations surrounding the results of the 2016 election. Here, she ventures into politics and offers her take on not just Trump’s election but the challenges her husband faced while in office. “It wasn’t just in this election, but every midterm. Every time Barack didn’t get the Congress he needed, that was because our folks didn’t show up,” she said. “After all that work, they just couldn’t be bothered to vote at all.” It’s a claim that the film doesn’t press Obama on, letting it go unexplored and unquestioned. “Becoming” is not the candid Michelle Obama film that people might have been waiting for. And truthfully, I doubt we will ever see such a film in her lifetime. Instead, we get a familiar, albeit more carefree, Obama who, in her own words, learned a long time ago “to be much more scripted.”

Tweets by @forbes_india
The show must go on(line)
A new source of coronavirus spread: 'COVID-19 parties'