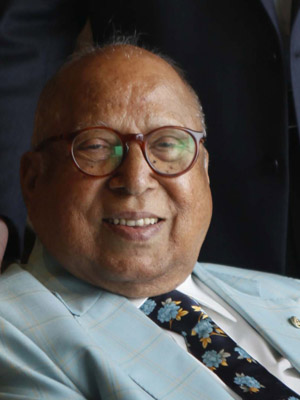 Manav Thadani clearly remembers his first meeting with CP Krishnan Nair, better known as Captain Nair, way back in 1999. The Chairman of hospitality consultancy HVS Asia Pacific remembers because he was completely charmed by the famed hotelier.

Saudi billionaire Prince Alwaleed bin Talal was looking for investment for a new property of his Four Seasons in Goa and was in touch with Nair. The Indian entrepreneur found out that the Prince was planning to use HVS as his advisor. Nair decided it would be safer instead to have the consultant on his side.

“I still fondly remember the table we sat in the Chinese restaurant in Leela, Mumbai. For me as a young consultant it was my biggest meeting. However at no point during the meeting did he make me feel uncomfortable.” It goes without saying whose side Thadani finally ended up. “Capt Nair was an absolute charmer. If his goal was to get you to agree with his view point then it would be very difficult to say no to him.”

That was the quintessential Nair, who passed away on May 16 at the age of 92. Entrepreneurial, he had a honed sense of style that went well with a foresight that few in the industry were gifted with. “His networking ability, his personal connect with customers, ability to pick winning teams and passion to sell the Indian dream and Indian skills in luxury hospitality worldwide – he was a true ambassador for India,” says Rattan Keswani, Deputy Managing Director of Lemon Tree Hotels.  Nair leaves behind a brand that has made its own place in the luxury industry and owns properties that are some of the finest in the industry.

Nair’s entry into the Indian hospitality industry was unusual and was at an age when most retire. Born in Kannur, Kerala in 1922, Chittarath Poovakkatt Krishnan Nair was one of the eight children of a government “bill collector.”

“A born rebel,” the young Krishnan joined the freedom movement at the age of 13 and later joined the Indian National Army under Subhash Chandra Bose. In 1951, he retired as a Captain, a title that would remain with him till the end.

If he made his mark on the battleground, Nair made greater impact in the boardrooms. In 1950, he married Leela whose father owned a handloom textile unit in Kannur. Nair started off helping his father-in-law expand his export business, which the growing-in-confidence businessman eventually took over. He had immense success in the textile business, with his “Bleeding Madras” becoming a rage in the US.  It was during his visits abroad for business that Nair felt that there was room for a luxury hotel in India that matched international standards.

That opportunity came in 1981 when the Sahar international airport opened in Mumbai, where Nair had already built a textile factory.  He understood there was a space for a luxury hotel close to the airport and within five years opened Hotel Leela. Thus he had made a grand entry into the Indian hospitality industry at the age of 65!

As he opened new properties in Goa, Bangalore and Thiruvananthapuram, his entrepreneurial qualities came into the fore.  He signed a marketing alliance with Kempinski. “The first few hotels had the best locations in those cities and when these sites were chosen by Captain Nair no one could have ever imagined that they would be  so far ahead of their times,” points out Thadani. And with each new property, adds Keswani, Nair would add to his offering. “His ability to keep learning and adapting design excellence in his hotels was wonderful to watch from the sidelines,” says Keswani who in his earlier stint was President, Trident Hotels at Oberoi Hotels & Resorts.

International acclaim came with many, including the Robb Report and Architectural Digest ranking Leela properties among the best. The rich and the famous, including head of states like Bill Clinton and Hollywood stars like Tom Cruise lined up to experience the Leela hospitality. Through his textile business Nair had already made acquaintance with names like Gregory Peck and Elizabeth Taylor. His impeccable dressing style, command over English and a flair for long conversations made Nair an irresistible charmer.

But as every entrepreneur, Nair had his share of problems. Some were due to his immense risk appetite, and sometimes he was done in by a sector that was vulnerable to each percentile drop in GDP. A couple of years ago, his company went through a restructuring of its Rs 4,000 crore debt.  And that burden blunted a bit of his legacy that Nair, Chairman of Hotel Leelaventure Limited, handed over to his sons in 2013 when he retired after 30 years in business.  Vivek Nair is the Chairman and Managing Director while brother,  Dinesh Nair, is the co-Chairman and Managing Director, Hotel Leelaventure Limited.

Debts though didn’t bother Nair. He once quipped, “I didn’t necessarily enter this business only for profit,” telling veteran journalist and author Pranay Gupte and added, “I wanted to put India on the world map in the hospitality business. That has happened, I think.” None would disagree.