Chandrayaan-2, take 2: India tries for the moon once more

The mission, if successful, would be a huge leap forward for India's ambitious space programme, and experts everywhere are watching to see whether the Indians can pull it off

By Jeffrey Gettleman and Hari Kumar 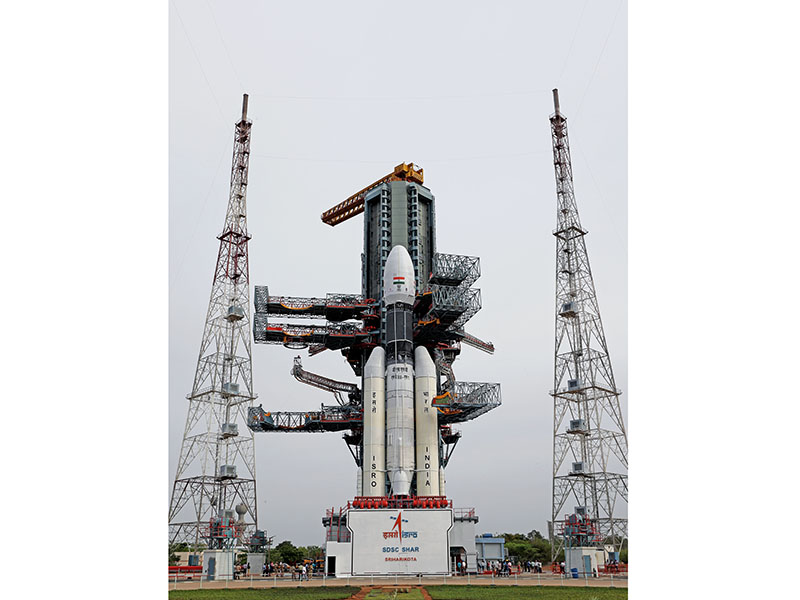 CHENNAI, India — The rocket is on the launchpad.

The countdown has begun — again.

India was all set Monday for Take 2 of its historic moon launch, Chandrayaan-2, scheduled for 2:43 p.m. India time.

Last week, Indian rocket scientists abruptly called off the uncrewed moon mission less than an hour before liftoff. They had found a “technical snag,” they said. Scientists later disclosed that one of the helium tanks in the upper stage of the rocket had been slightly losing pressure.

But on Monday, all systems were go for the first-ever mission to the moon’s south pole. India plans to land a remote-controlled lander softly on the moon’s surface near the pole, which it will then explore with a small, six-wheeled rover.

“The low-pressure issue got corrected,” said Vivek Singh, a spokesman for the Indian Space Research Organization, India’s version of NASA. “The mood is perfect.”

If successful, India will become the fourth nation — after the United States, Russia and China — to land on the moon, more than 200,000 miles away. It would be a huge leap forward for the country’s ambitious space program, and scientists and defense experts everywhere are watching to see whether the Indians can pull it off.

Within India, the mission has stoked enormous pride, especially among schoolchildren who dream of being astronauts.

On Monday morning, space enthusiasts were already beginning to gather outside the Satish Dhawan Space Center, along India’s tropical southeast coast, near Chennai, to watch the liftoff.

The timing for this moon mission could not be more opportune. This weekend was the 50th anniversary of Neil Armstrong’s first steps on our little neighbor. All the anniversary coverage has uncapped a wave of moon fever around the world.

India had planned to do this mission several years ago as something of a joint venture in space with the Russians. But after the Russians backed out, because of problems in their own space program, India needed to make all the systems themselves, which caused a long delay.

The mission includes four components: a giant Geosynchronous Satellite Launch Vehicle — Mark III rocket (though at 142 feet tall, much shorter and lighter than the Saturn V rocket that lifted the Apollo missions); an orbiter; a lander; and the small rover.

The mission costs less than $150 million, but will take much longer than the relatively straight shot made by the Apollo missions, which cost billions (the presence of humans along for the ride added to the price tag).

The Indian orbiter will conserve fuel by making ever-widening orbits around the Earth before being captured by the moon’s gravity and pulled into lunar orbit. The whole journey will take more than five weeks.

The lander will then drop down from the orbiter. After it touches down on the moon, Chandrayaan’s little solar-powered rover will chug out. This is scheduled for early September.

The mission has been timed for the beginning of a moon day, so the rover can get maximum sunlight.

Making a soft landing will be the hardest part — an Israeli lander trying to do the same thing crashed on the moon in April.

Indian scientists had built a little cushion into their timing of orbiting the earth and say the one-week delay will not affect the intended landing date in early September.

But, Singh admitted, “Some of our flexibility will be reduced.”

Tweets by @forbes_india
Jumping into the pool of DIY private equity
The World Cup final and our obsession with winners: At what cost?