Companies criticise US visa suspensions, but impact may be muted for now

President Trump's executive order came at a time when hiring has slowed, and many US consulates are not conducting interviews for temporary green cards 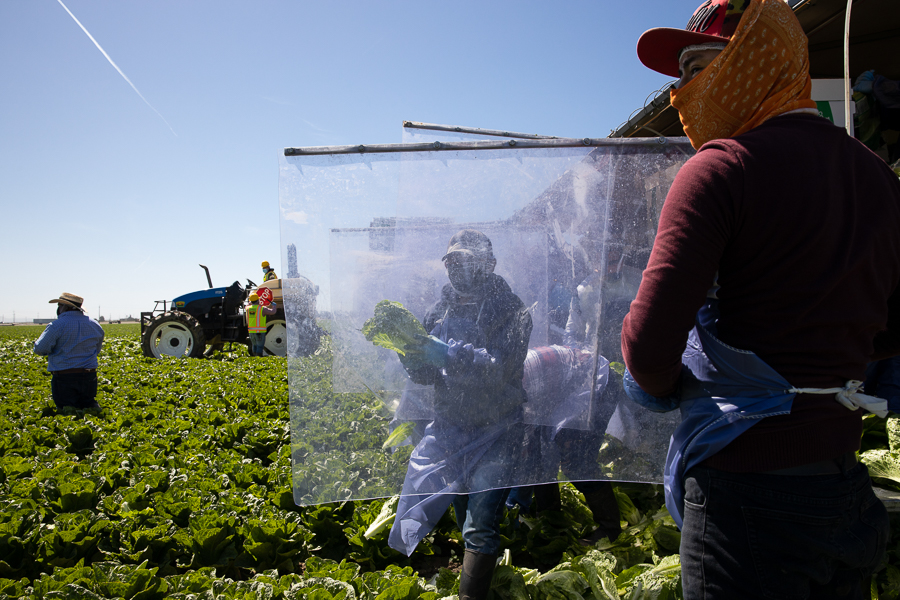 Immigrant farm laborers employed by Fresh Harvest pick romaine lettuce on a machine with heavy plastic dividers that separate workers from each other on April 27, 2020 in Greenfield, California. Fresh Harvest is the one of the largest employers of people temporary agricultural worker visa for labor, harvesting and staffing in the United States
Image: Brent Stirton/Getty Images

While the American business community reacted swiftly — and negatively — to President Donald Trump’s executive order suspending new visas for foreign workers, immigration experts said that because of the coronavirus pandemic it would take some time before workers felt the effect. The order, announced Monday, suspends at least through the end of the year H-1B visas for skilled workers, H-2B visas for low-skill jobs, H-4 visas for dependents of certain visa holders, J visas for those participating in work and student exchanges and L visas for transfers within a company. However, U.S. consulates are not currently conducting interviews for most green cards or temporary workers because of COVID-19, said Julia Gelatt, senior policy analyst at the Migration Policy Institute. “The immediate impact of the suspension is mostly symbolic until those consular officers reopen,” she said. “Then it will have a real impact on who is able to immigrate into the United States.” In signing the order Monday, Trump cited the need to preserve American jobs during an economic downturn. But businesses leaders rejected that rationale, with companies like Google, Twitter, Facebook and Amazon all releasing critical statements saying that the order would hurt them and the U.S. economy as a whole. “We’ve heard from manufacturers, technology companies, accounting firms, pharmaceutical companies, cosmetics companies, among many others, about how these visa restrictions will harm their businesses, and the negative impacts will be felt by not only these companies, but also the American workers employed by them,” said Jon Baselice, executive director of immigration policy for the U.S. Chamber of Commerce. The H-1B visa program is available only to foreign workers who have a bachelor’s degree or higher and is often used to fill positions in the tech sector, though the visas are also used to hire teachers, architects, engineers, doctors, lawyers and other skilled workers. The Trump administration’s suspension of H-1B visas is intended to push companies to look harder for Americans to fill those roles. “They may have to raise wages; they may have to recruit in ways and in places that they don’t currently,” said Mark Krikorian, executive director of the Center for Immigration Studies, a think tank in Washington that supports immigration limits. But Jennifer Minear, president of the American Immigration Lawyers Association, said that companies often used H-1B visas because they could not find qualified American workers for specific roles. “We already have a shortage of STEM workers in the United States; they’re not just going to suddenly become qualified to do these jobs, just because they lost their job doing something else,” Minear said, referring to science, technology, engineering and math. American companies have become more comfortable with remote work over the past few months, and they may choose to respond to the visa suspension by hiring the same worker but having them work remotely in another country, said Joseph Vavra, associate professor of economics at the University of Chicago Booth School of Business. “From the perspective of the domestic worker who is displaced, that looks exactly the same, except now you’re not bringing in tax revenue and you’re not bringing in local demand or any of the other positive benefits you get from having that worker physically in the United States,” Vavra said. The suspension of L-1 visas, which allow for transfers within companies and also allow companies to send an employee to the United States to establish a company office, could also have significant implications for the U.S. economy. “This may discourage companies from opening U.S. offices if they aren’t able to get the visas to bring their employees from abroad to the United States,” Gelatt said. Low-wage jobs in fields like landscaping, forestry, seasonal construction and seasonal hospitality have been filled by workers on H-2B visas. The economic crisis caused by the virus could change that, Gelatt said, and there may be more Americans facing the prospect of long-term unemployment who are willing to take those jobs. Au pairs will also be subject to the ban, as well as interns, trainees, teachers, camp counselors and anyone participating in summer work travel, who would have normally been able to apply for J visas. Though with summer activities paused throughout the country, there may be less demand for workers to fill those roles.

Tweets by @forbesindia
Personal finance: Understanding the new mutual fund paradigm
Her virus test came back positive. 3 hours later, she had a baby