Demonetisation led to the the deployment of POS machines from 1.3 million in 2016 to 3 million in August 2017. 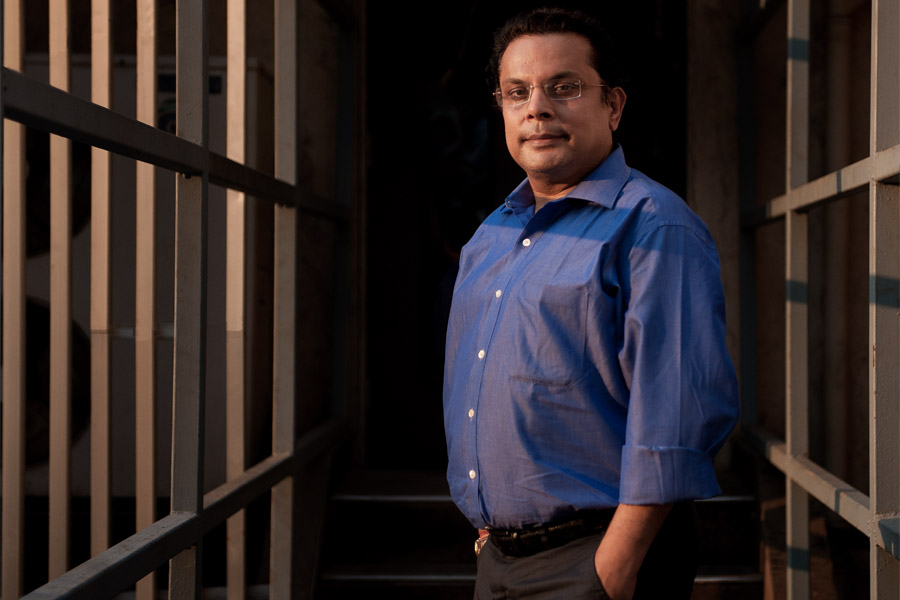 Dewang Neralla, managing director and CEO of digital solutions firm Atom Technologies, who is also the co-founder of 63 moons (formerly Financial technologies) speaks about one year of Demonetisation, the transition of digital payments in India, the growth potential for POS machines, Atom’s mobile application mGalla and also the comeback of interactive voice response (IVR) in a big way.
Q. How has demonetisation worked to increase digital payments?
A: One of the most important facets of demonetisation has been the deepening of the deployment of the point of sale (POS) machines which moved to over 3 million in August 2017 from 1.3 million in October 2016. We are sure this will move further up. It also ensured that all citizens know about digital payments. The drive to implement payments spurred innovations in payments technologies. But people will definitely remember this generation for being the one to witness the tipping point for digital payments.  The key drivers for digital payments is availability of acceptance infrastructure and customer willingness to pay using cards. The former can be driven by deepening the deployment of POS machines or as we call card acceptance points across the country in a viable manner.

Q. What was the idea behind starting Atom Technologies? Why were you and Jignesh Shah so bullish about the idea?
Mobile revolution had just begun in 2004 and our view was that mobiles would be the de-facto device to perform any computing tasks including ticket booking. Our idea was to launch a simplistic payment system which would essentially be much easier and secure than the existing card payments. It should also be usable for micro payments along with the big ticket payments. This led to the idea of setting up ‘Atom’ (any transaction on mobile) Technologies in 2006, to focus on creating a mobile payment ecosystem. The vision was to create a payment service that could touch the masses with a thought that India would adopt mobile payments aggressively. The company was promoted by the then Financial Technologies in 2006 where I was a co-founder.

Q. What have been learning from Financial Technologies?
63 moons is in the business of technology, we created products for the financial markets, with brokers as the main customers. It was a real time technology for markets. We had a lot of learning from Financial Technologies that we were able to use in the payments business. We knew what exactly the brokers wanted and we used that learning to provide payment solutions towards small merchants.

Q. Did you change the business model in the past or are you sticking to the same model that you initiated ten years ago? What were the initial challenges to the business?
Yes. We did pivot on a number of models. We launched each channel one at a time. Mobile payments were slow to pick up during those times and fortunately we came across customers who wanted to monetize their call centres, which led to us innovating on IVR payments. We helped a movie theatre company blend its payments through IVRs and created a uniform kind of a payment system. The idea really worked. We knew that there was a huge potential for IVRs. We stuck around with IVR till the regulator to disrupt the business. For the initial 7 years, market was just developing at a creeping pace. The overall pace in payments and fintech has come in since 2013.

Q. You provide back end technology to point of sale (POS) machines as well as internet payment gateways. Tell us about the different types of customers for POS and payment gateways? Which one contributes more to your revenues?
Both POS and the internet contribute roughly the same revenues for us. In case of POS terminal deployments, we work with banks as well and also function as an aggregator. The focus is largely on SME/micro SME merchants across categories as well as large corporate and government relationships. In case of Internet, our focus has been on education, government. Financial services, cable and wireless and travel ticketing.

Q. POS machines in India equate to about 1,000 terminals per million. AS compared to India, Brazil is 25 times higher. Do you look at this as an opportunity and why?
There is a tremendous opportunity for POS deployments across the country. India is home to more than 25 million retailers. The country requires card acceptance points which will ensure complete coverage and hence push customers to use cards for payments.
Q. Have the charges for POS machines fallen? The annual operating cost for operating a POS machine is around ₹3,000. Does this mean that it becomes a huge opportunity for internet payment?
There are three factors driving POS costs – terminal pricing, merchant discount rate, and servicing cost. Over the period of years, we have seen the terminal cost as well as MDR come down. POS will be used by brick and mortar retail stores. Opportunity for Internet is different and the cost of POS technology doesn’t have a direct correlation to the spread of Internet payments. However, the same brick and mortar merchants would need to have some form of internet presence for better serviceability, which would drive internet payments further.  Essentially, merchant would need to adopt a multi-channel strategy for business and hence as many touch-points as many payment options.
Q. Mobile wallets have been the pioneers of digital India. How do you see this space evolving?
I do not agree. The main driver for digital payments has been the Internet and we should largely credit IRCTC for driving this behavior.  Mobile wallets have a short term use to address the issues faced with card payments by customers.  Take for example low value payments and face to face payments used for app based cab services. Wallets had also been used for cash backs since there were implementation challenges in transferring cash backs to customers, cards and accounts. The original intended goal of having the rural and semi-urban population to migrate from cash to pre-paid has been lost. If we see this in a larger canvas, it is yet another payment mode. Wallets with specific use cases will definitely evolve.
Q. Why do you think mGalla is an interesting idea? It is an idea that can be replicated by anybody?
mGalla is a digital POS. It also acts as a sales register for the merchant. It not only allows you to collect payments. Today merchants are presented with multiple payment options – Internet, POS, Bharat QR, BHIM, and Aadhaar. Our belief is that a merchant would need to adopt all the channels driven by the preferences of customers. However, using each payment option independently would become a pain for the merchant.
Assume a scenario where POS has been deployed one company, another company has provided the Bharat QR and someone else BHIM and Aadhaar Pay. The merchant would get settlements from multiple partners and would spend more time reconciling their bank entries. A merchant’s business is to sell their wares and not payments reconciliation. In addition, if we need to reach the 25 million retailers, mobile is the only way.  In order to address these challenges a merchant could face, we have launched mGalla, a mobile based digital POS featuring multiple acquiring modes on a single application.
Q. You have been very bullish about IVRs which did not really do well what went wrong? Which are the areas you feel that IVRs works best and why?
We are talking of an era when there were no app stores. There were not many smart phones. People were using voice. IVR payments is like a made-in-India story and ideally suited for driving digital payments given that a large number of population speaks in regional languages where voice prompts can be played in these languages. Now, we see voice payments based on Siri being innovated.
Unfortunately, IVR fell off because of a flawed security implementation at a time when the platform was just about to take off. A flourishing and developing payment channel almost got killed. It started with the implementation of 2 factor authentication, which required an OTP to be sent to the registered mobile number of the card holder.
None of the banks were clear about the way implementation had to be done for e.g. some banks mandated OTP to be generated before performing a transaction, where as some of the banks did on-the-fly when the transaction was initiated, which created confusion in the minds of the consumer as well as the merchants. Added to this, most of the banks did not enable debit cards for IVR in a complete disregard for the regulators requirement for a true and proper interoperable system. IVR payment models can be used in practically every scenario however are ideally suited for assisted commerce transactions where you need to talk to an agent for e.g. ticket bookings, insurance and other sales. In addition, this can be very useful for bill payments where the number of voice prompts are minimal.
Q. Will IVR come back?
Google voice, Alexa or for that matter Siri. Voice based payments are coming with AI and we will see a lot of innovation in this space. I think the government should look at it more seriously because India is a land of multiple languages. Unlike other systems, IVR has assistance. Thus the system can work in any area and with any language.

Tweets by @forbes_india
The sun never sets on Forbes
Here's how the first-ever Forbes magazine issue looked like!